Nora Fatehi: As soon as gun hit my head, blood gushed out

Nora Fatehi, who plays a spy in Bhuj, recounts how she suffered two injuries in a day while performing stunts for the war drama 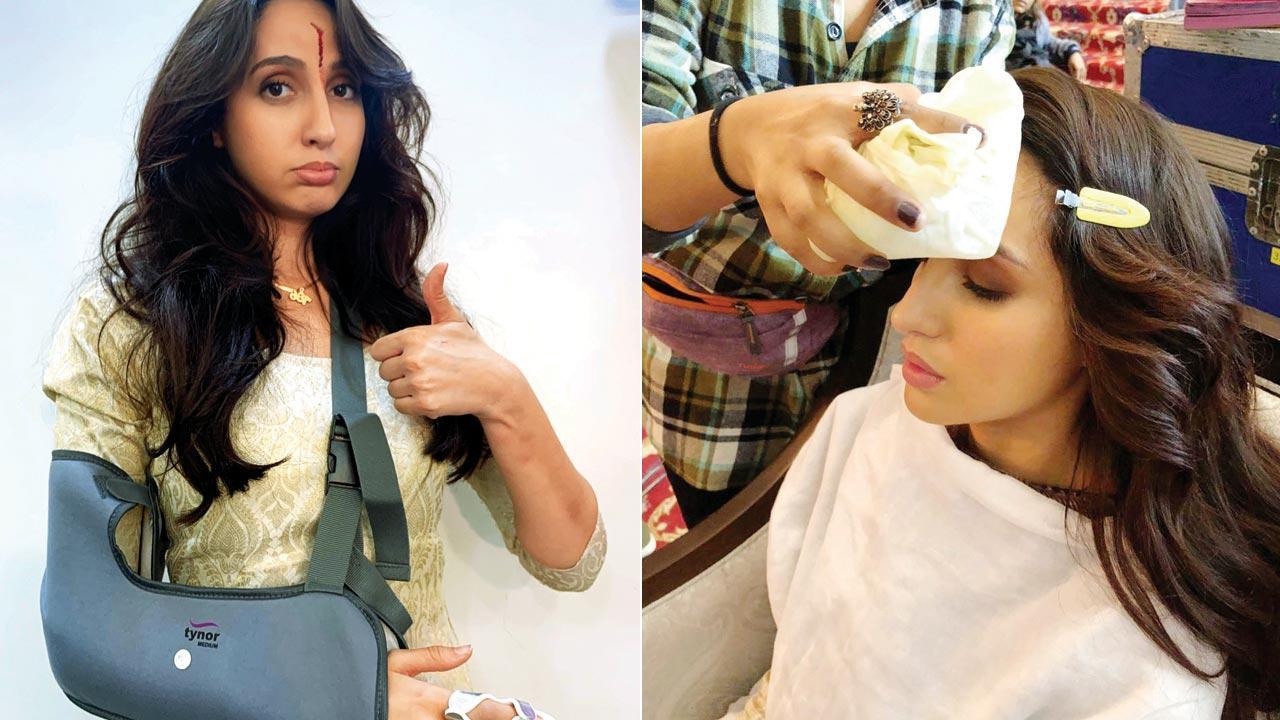 A crew member tends to Fatehi


As soon as she was signed on for Bhuj: The Pride of India last year, Nora Fatehi began taking Mixed Martial Arts (MMA) lessons, knowing that her character would have a fair share of kicks and punches on screen. While her MMA lessons held her in good stead during the shoot of the Ajay Devgn-led war drama, Fatehi says that the Abhishek Dudhaiya-directed venture was physically demanding and left her injured on two occasions.

During the first schedule in Hyderabad, the actor — who plays a spy in the Disney+ Hotstar offering — suffered a deep gash on her forehead due to a mistimed stunt. “The scene required my co-actor to hold a gun to my face as I flick it out of his hands and start beating him up. We rehearsed it perfectly a few times as Abhishek wanted to shoot it in a single take. However, when the director called for the take, our coordination was off and the actor accidentally threw the gun in my face. As soon as the end of the metal gun hit my forehead, blood started gushing out,” recounts Fatehi, who had to be rushed to the hospital.

It was a double whammy as she hurt her fingers later that day while canning a chase sequence. “Since I had injured my fingers, I had to wear a sling throughout the shoot,” she says, adding that despite the pain, she was proud to have executed the stunts without a body double. Also starring Sanjay Dutt and Sonakshi Sinha, the film offers a retelling of how 300 women from a Gujarat village helped the Indian Air Force reconstruct an airbase during the 1971 India-Pakistan war.

Next Story : Revisiting a loved tale