The actresses came together under the same roof for filmmaker Karan Johar's 50th birthday bash. It was arguably one of the biggest events of the year 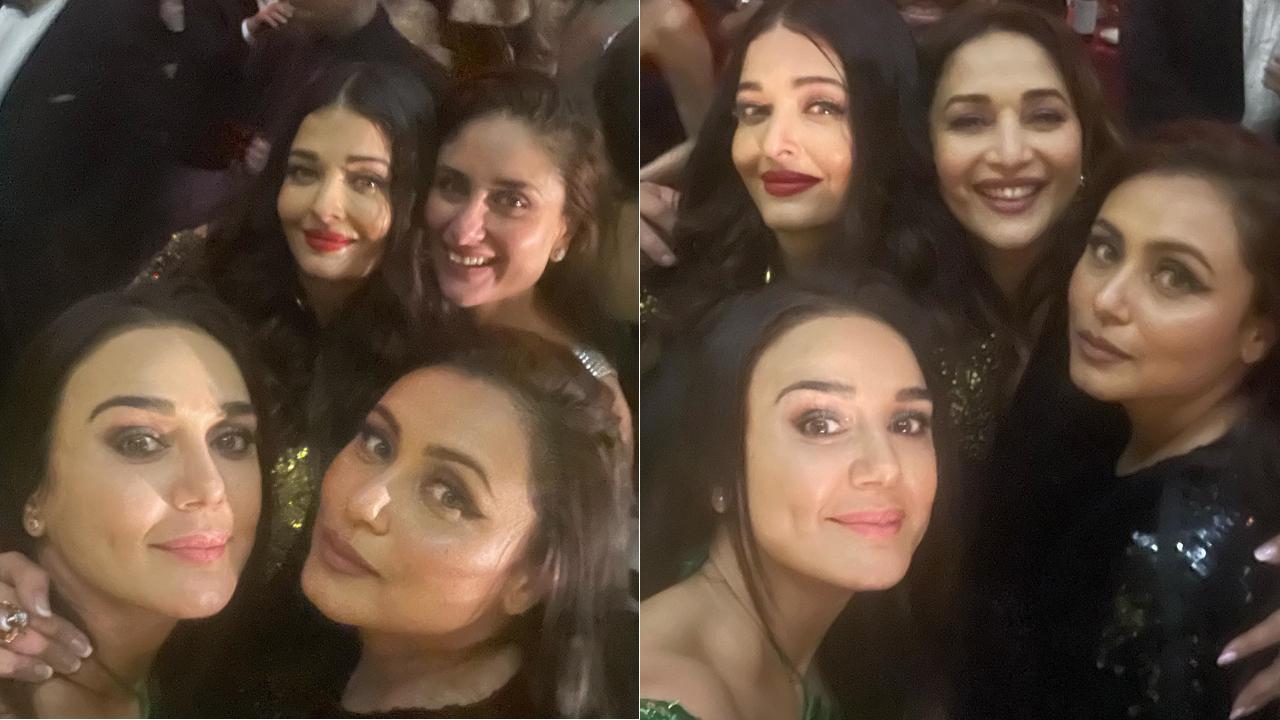 
It was May 25 when filmmaker Karan Johar turned 50 and on this grand occasion, he kept a bash that was arguably one of the biggest events of the year. Stars descended as if they would never bump into each other again. Glitz and glamour overflowed like wine and all the names dressed their best.

Apart from Shah Rukh Khan surreptitiously attending the party, the one moment that stood out was a selfie that comprises of names that made our childhoods memorable and mesmerising. Preity Zinta shared a selfie with Aishwarya Rai Bachchan, Rani Mukerji, Madhuri Dixit, and Kareena Kapoor Khan.

The actress wrote- "Thank you @karanjohar for the best night ever. I know it was your golden night but I promise you I had more fun than you. You are the bestest host ever."

Now this is the MeraVerse India deserves or maybe needs. Preity Zinta made her Bollywood debut with Dil Se in 1998, Rani Mukerji in 1997 with Raja Ki Aayegi Baraat, Aishwarya Rai in the same year with Aur Pyaar Ho Gaya, Madhuri Dixit with Abodh in 1984, and Kareena Kapoor with Refugee in 2000. Rani and Preity have shared screen space in films like Har Dil Jo Pyar Karega, Chori Chori Chupke Chupke, Veer-Zaara, and Kabhi Alvida Naa Kehna. Kareena and Rani have worked in Mujhse Dosti Karoge and Talaash. And Aishwarya Rai and Madhuri Dixit came together for Devdas.

Next Story : Watch video! Do you know which is Shankar Mahadevan’s favourite snack in Mumbai?