The couple fiercely guards their personal lives and Runchal made a rare appearance on social media. The investment banker is not seen with the actor in public. It is said that the two wed in Los Angeles, though Johnny boy prefers not to talk about it. 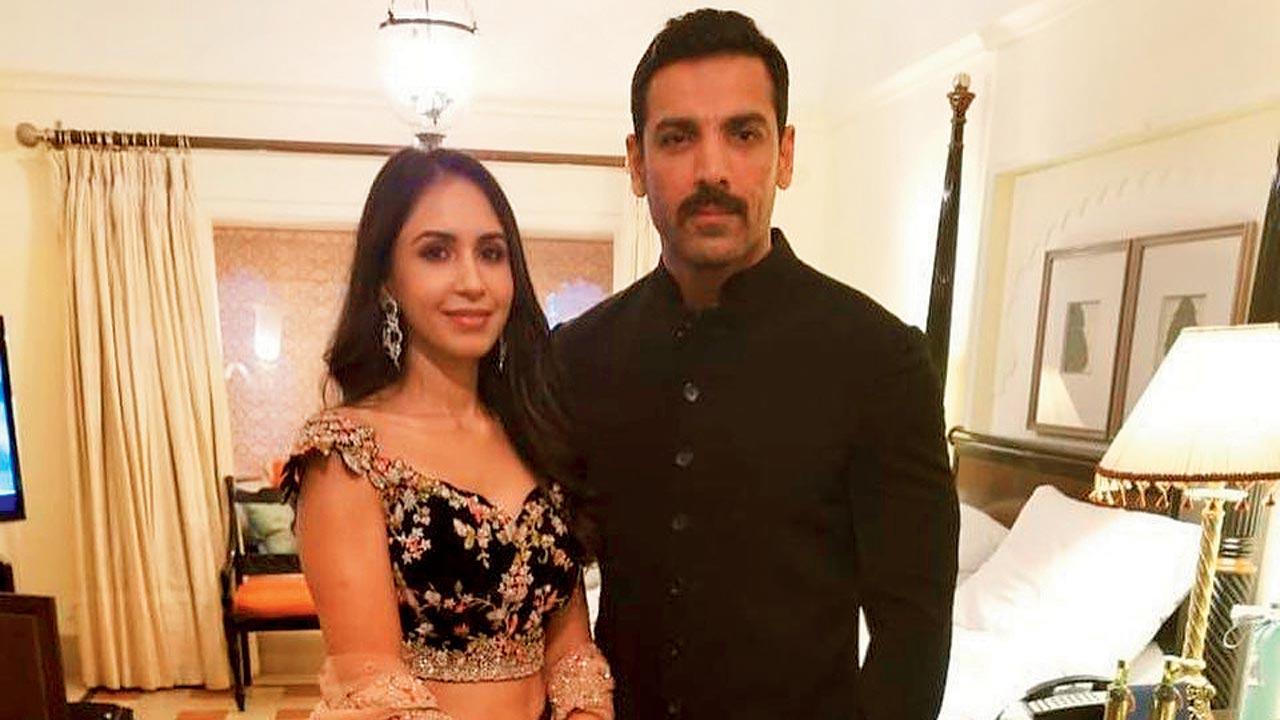 
On Saturday, Priya Runchal shared a throwback photograph with hubby John Abraham, and fans wished them a “happy seventh wedding anniversary.” The couple fiercely guards their personal lives and Runchal made a rare appearance on social media. The investment banker is not seen with the actor in public. It is said that the two wed in Los Angeles, though Johnny boy prefers not to talk about it.

John Abraham and Salman Khan were to lock horns this Eid, with 'Satyameva Jayate 2' and 'Radhe: Your Most Wanted Bhai' slated to hit the marquee. While the superstar recently announced that his actioner will have a hybrid release, the makers of the Abraham-starrer have now done a rethink. With the vigilante actioner being designed as a big-screen outing, director Milap Zaveri, producers Nikkhil Advani and T-Series head honcho Bhushan Kumar have apparently decided to hold off its May 13 release.

A source reveals that the team weighed in on how cinemas in most states — including Maharashtra, Tamil Nadu, Telangana, Chhattisgarh and Rajasthan — are closed at the moment. “Even with the ongoing vaccination drive, it will take some time for the situation across the country to normalise. The makers are firm about supporting the theatre business through their actioner, and hence, have not pursued a conversation with OTT platforms about its digital premiere despite getting lucrative offers,” says the source.

Apart from this action-drama, the actor also has 'Ek Villain Returns', 'Pathan', and 'Attack' coming up for fans. 'Pathan' also stars Shah Rukh Khan and Deepika Padukone and is expected to be a high-octane thriller with Salman Khan's cameo to further fuel its excitement.

Coming to Runchal, in a photo strip of pictures shared by her, one could see her posing alongside hubby John Abraham and a few relatives at a wedding. John Abraham was all shades dapper in a white and blue suit, while Priya looked gorgeous as ever in her casual wear. Sharing the picture on her Instagram handle, she wrote, "Fambam throwback at my cradle partners wedding @nb4815 #love (sic)."