The actress took to her Instagram and posted a series of pictures with her fur friends. She captioned her post, "Bring-your-pups-to-work day #citadel" 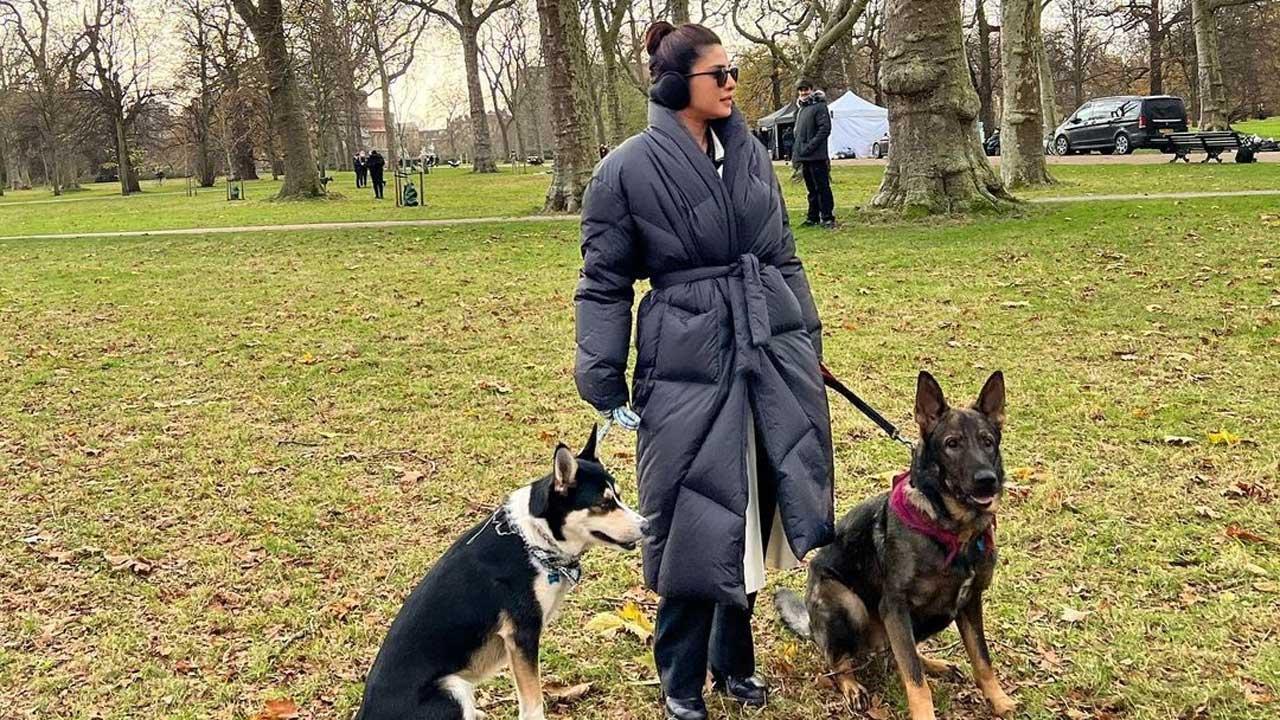 
Priyanka Chopra, who's currently busy with the shoot of 'Citadel', brought her pups - Dino, Panda and Diana - to the sets at Hyde Park, one of London's eight Royal parks. The actress took to her Instagram and posted a series of pictures with her fur friends. She captioned her post, "Bring-your-pups-to-work day #citadel". She even posted a boomerang in her Instagram story with Diana.

In the pictures, the actress can be seen dressed in heavy woollens to battle the blistering cold of London. Filmmaker Zoya Akhtar, who is Priyanka's close friend, reacted to the pictures in the comment section with heart emojis.

On the work front, apart from 'Citadel', Priyanka will be seen in 'The Matrix Resurrections', the trailer of which was revealed recently. Her other projects are 'Text for You', 'Tulia', Barry Levinson's 'Sheela' and back home in the Farhan Akhtar directorial 'Jee Le Zaraa', an all-female road trip where she will be seen alongside Katrina Kaif and Alia Bhatt in the film set for a 2023 release.