In the glimpse, Sunil Dutt is holding Namrata and Priya while a younger-looking Sanjay stands next to him 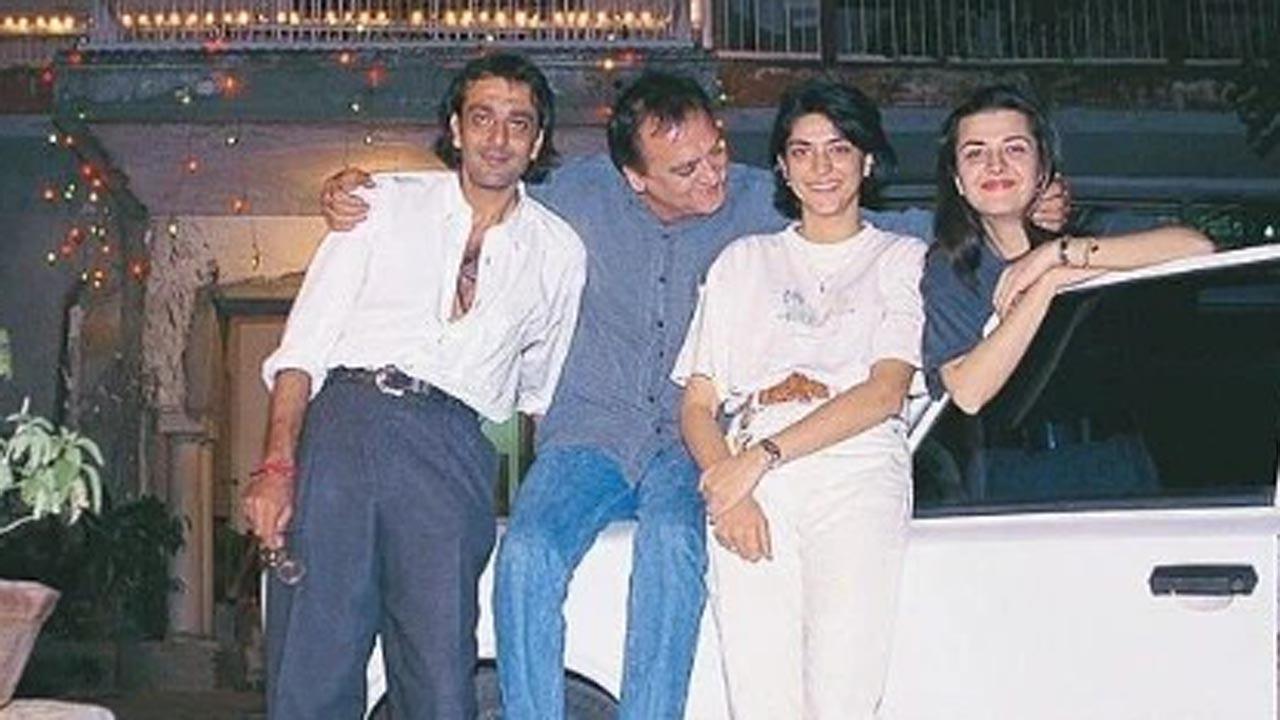 On Thursday, 'Sanju Baba' took to his Instagram handle and shared a rare glimpse with his father, the late actor Sunil Dutt, alongside sisters Priya Dutt and Namrata Dutt. Walking back to his memory lane, Sanjay wished his sisters on the occasion of Raksha Bandhan, he wrote, "Knowing that I will always have you two standing by me, makes me feel blessed and happier. Thank you for always being my strength @priyadutt & @namrata62. I love you both so much! Happy Raksha Bandhan"

In the glimpse, Sunil Dutt is holding Namrata and Priya while a younger-looking Sanjay stands next to him. As the photo appeared to be taken outside of their home, they were leaning against a white car. Reacting to the post, a fan wrote, "What a beautiful pic." Another one said, "God bless you. May it (your brother-sister bond) be blessed with longevity." Another one added, "Sir, you (Sanjay) are a legend." Bollywood actor Chitrangada Singh dropped a heart in the comment section.

Sunil Dutt, a filmmaker, actor and politician died of a heart attack on May 25, 2005, at his Mumbai home. We all know that Sanjay had a close relationship with his father and was his constant support in all aspects of his life. Indeed, the 'Kalank' actor must be missing his father terribly today, as evidenced by his post.

Meanwhile, on the work front, Sanjay Dutt was last seen in his period action film 'Shamshera'. Helmed by Karan Malhotra, 'Shamshera' is set in the fictitious city of Kaza, where a warrior tribe is imprisoned, enslaved and tortured by a ruthless authoritarian general Shudh Singh. This is the story of a man who became a slave, a slave who became a leader and then a legend for his tribe. He relentlessly fights for his tribe's freedom and dignity. His name is Shamshera.

Produced by Aditya Chopra, 'Shamshera' was released on the big screen in Hindi, Tamil and Telugu on July 22, 2022.