Karan took to his Instagram stories to share a photo of them. Karan captioned the photo, "I found Rocky and Rani" 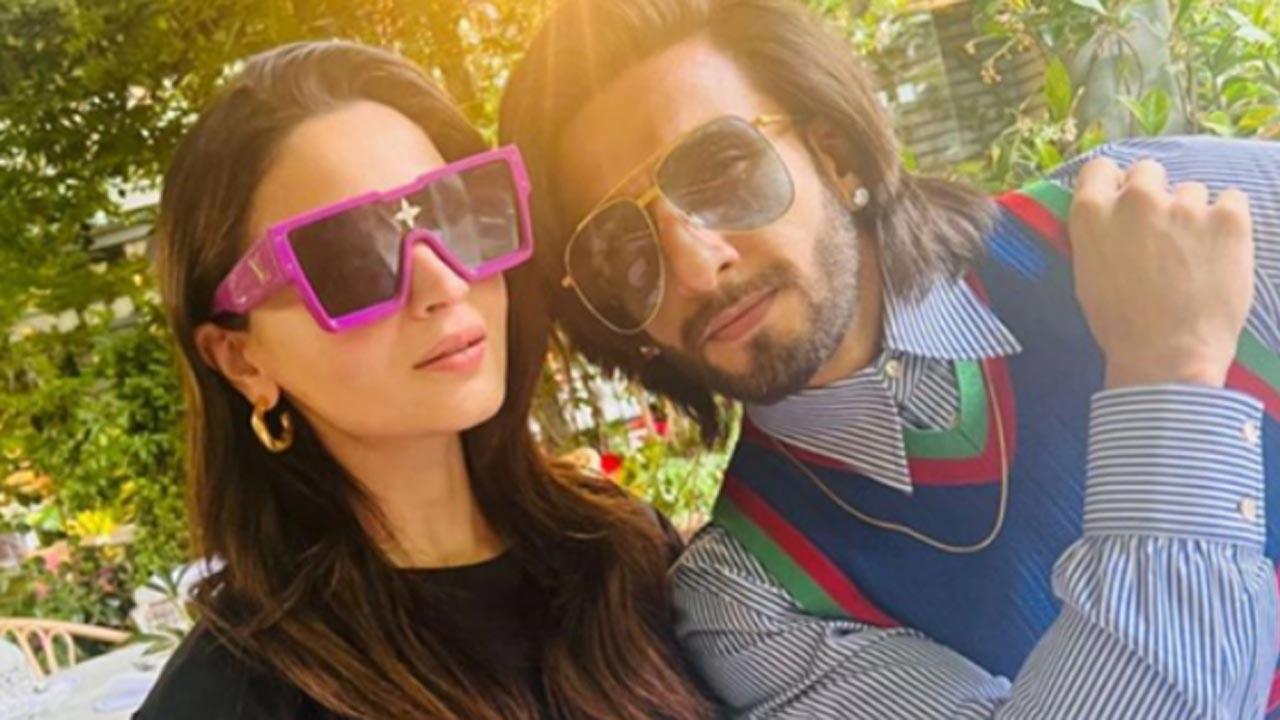 
'Rocky and Rani' Ranveer Singh and Alia Bhatt are both in London. The duo, on Tuesday, were snapped having a hearty meal at a restaurant in London, by none other than their director Karan Johar!

Karan took to his Instagram stories to share a photo of them. Karan captioned the photo, "I found Rocky and Rani!"

Alia can be seen wearing a black oversized sweatshirt while Ranveer posed in a blue-white striped shirt that he layered with a chic Gucci sweater. Alia wore pink Louis Vuitton sunglasses and added a touch of gold with chunky earrings.

Karan is currently on a holiday in London with his mother Hiroo Johar and the kids Yash and Roohi.

Alia Bhatt, who announced her pregnancy on Monday, after tying the knot with Ranbir Kapoor in April, took to Instagram to thank everyone for all the love she has been receiving. She posted, "Overwhelmed with all the love ! Have tried to read everyone's messages and good wishes and all I want to say is, it truly feels so special to celebrate such a big moment in our lives with all your love and blessings. Thank you every single one of you."

Meanwhile, she also expressed disappointment in some of the misogynistic media coverage she received. She hit out at a website for suggesting some of her work would be delayed because of the pregnancy. She posted, "Meanwhile we still live in some peoples heads we still live in some patriarchal world .. fyi. Nothing has gotten delayed!!!! No one needs to PICK anyone up. I am a woman not a parcel!!! I do not need to REST at all but good to know you'll have a doctors certification as well. This is 2022. Can we pls get out of this archake way of thinking! Now if you would excuse me … my shot is ready."