In photos, Ranveer was looking dashing as he sported a blue blazer with a white kurta and pyjama. On the other hand, Sonu Sood wore a black jacket with a white shirt and black tie 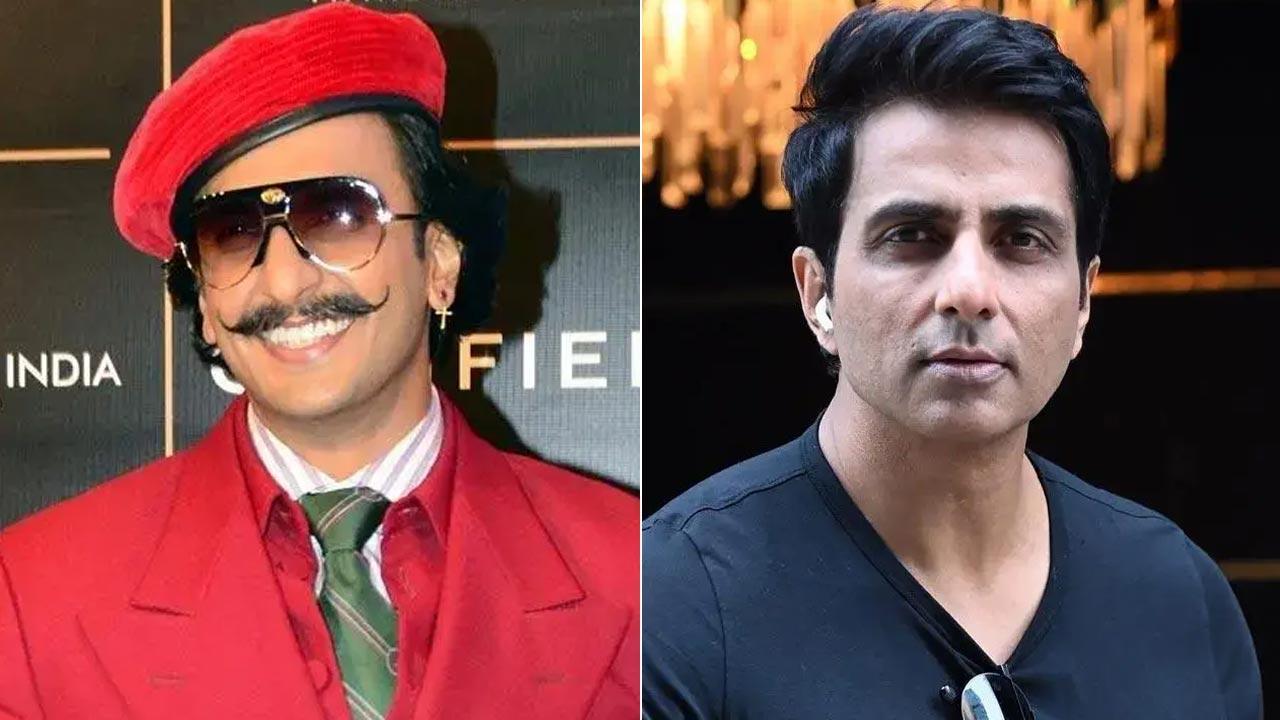 
Actor Ranveer Singh treated his fans with a couple of pictures from an awards show and also shared a glimpse of his meeting with Sonu Sood on social media. Taking to his Instagram Story on Tuesday, he shared a picture with 'Bade Bhai' Sonu where they can be seen having a happy conversation. He captioned the Story, "Bade Bhai" and tagged Sonu in the story. In photos, Ranveer was looking dashing as he sported a blue blazer with a white kurta and pyjama. On the other hand, Sonu Sood wore a black jacket with a white shirt and black tie.

Ranveer attended the IAA Leadership Awards and was honoured with 'Brand Endorser Of The Year Award'. He also dropped some snaps where he can be seen posing with his award. Sharing the pictures, he wrote, "From starting my professional journey as a copywriter in an advertising agency to now being honoured with the prestigious 'Brand Endorser Of The Year' award - life has come full circle! Thank you to the International Advertising Association (IAA) for this recognition, immensely grateful! @iaaindia #IAALeadershipAwards."

Recently, Ranveer was in the headlines when pictures of him posing nude from a photoshoot went viral. A police complaint against Ranveer has also been filed. Talking about Ranveer's work, he has 'Rocky Aur Rani Ki Prem Kahani' and was last seen in 'Jayeshbhai Jordaar'.