The triplets needed to get some tests done, the reason they were accompanied by their parents. They were taken aback to see the paparazzi at the location 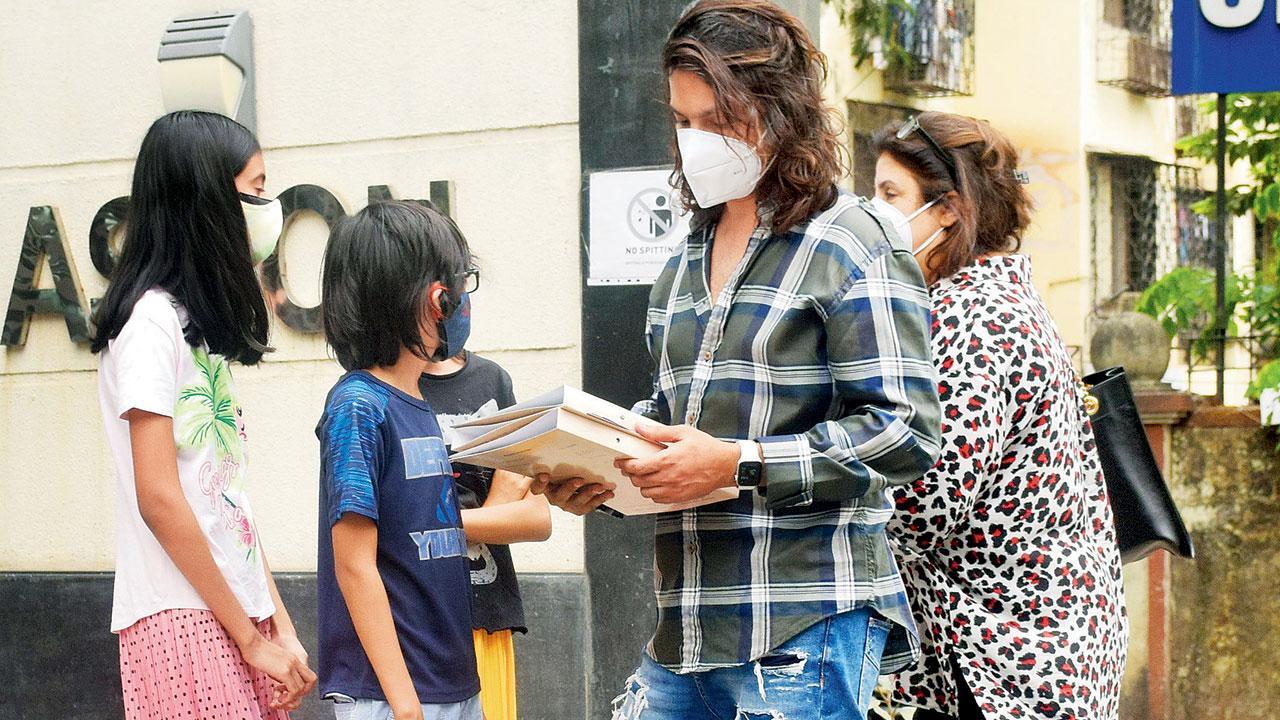 
On Sunday, Farah Khan and Shirish Kunder with children, Czar, Diva and Anya, were spotted at a diagnostic centre, near their Lokhandwala home. Considering the prevailing situation, it was not exactly a family outing.

The triplets needed to get some tests done, the reason they were accompanied by their parents. They were taken aback to see the paparazzi at the location. Though Khan and kids are often papped, it’s rare to see Kunder. It’s been a while since we spotted him. He is always tied up with his writing.

Also Check Out: Have you seen these candid photos of Farah Khan's family?

Farah Khan got married to Shirish Kunder on December 9, 2004. The choreographer-director gave birth to triplets - daughters Diva and Anya, and son Czar when she was 43, and chose to have them via the advanced process of IVF. In November last year, Khan wrote an open letter on social media, sharing her sentiments about exercising the choice of becoming a mother when she wanted to, and however she wanted to.

"As a daughter, wife and mother, I've had to make many choices because of which I have become the choreographer, filmmaker and producer that I am. Every time I felt the moment was right, I listened to my gut and seized it. Whether it was for my career or for my family. We think about people's judgements so much, we forget that it's our life and it's our call! Today I am a proud mother of three because of a choice. I became a mother when I was ready for it, not when society deems "the appropriate age to conceive." Thanks to advancements in science, I was able to do it via IVF at my age. Today, it's nice to see that more women are making this choice without fear of judgement, changing people's mindsets and taking their happiness into their own hands. I recently came to know of a show on Sony TV called Story 9 Months Ki which makes a bold and honest statement - Agar pyaar ke bina shaadi ho sakti hai, toh pati ke bina maa kyu nahi?" wrote Farah.

She signed off the letter with, "As a film-maker when I hear such progressive premises of a television show, it makes me very proud and happy to know that women's choices are being acknowledged. I wish great motherhood to all women out there who want to be mothers - naturally or otherwise. Always remember, it's a woman's call!"