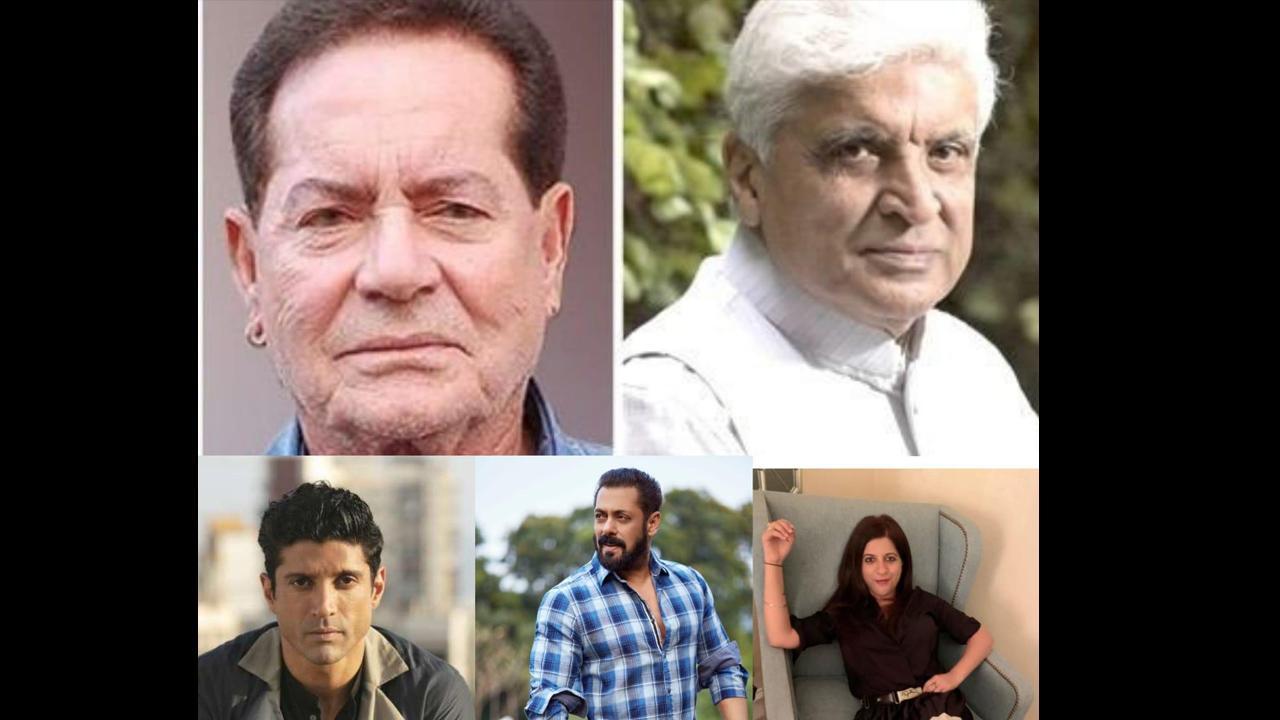 A documentary on Salim-Javed, to be produced by their kids


In one of the biggest announcements of all time, three of the leading production houses— Salman Khan Films, Excel Entertainment and Tiger Baby Films are all set to come together to bring Salim Khan and Javed Akhtar’s documentary titled— ‘Angry Young Men’. The story behind the formidable writer duo will be brought to the screen, which will be produced by their children, Salman Khan, Farhan Akhtar and Zoya Akhtar.

'Angry Young Men' will be directed by Namrata Rao, known for her work as an editor on movies such as 'Oye Lucky! Lucky Oye!', 'Ishqiya', 'Band Baaja Baaraat' and 'Kahaani'. The documentary will be produced as a joint venture under three banners -- Salman Khan's Salman Khan Films; Farhan Akhtar and Ritesh Sidhwani's Excel Entertainment; and Zoya Akhtar and Reema Kagti's Tiger Baby Films.

The project will capture the magic of the era that Salim-Javed, together created. Salim-Javed duo is noted for being the first Indian screenwriters to achieve star status, becoming the most successful Indian screenwriters of all time. They revolutionized Indian cinema in the 1970s, transforming and reinventing the Bollywood formula, and pioneering the Bollywood blockbuster format.

After collaborating on 22 Bollywood films as well as two Kannada films, the duo decided to split in 1982. The title of the documentary, 'Angry Young Men', refers to the angry young man hero-type the duo created in the 70s, which became a cinematic representation of the era and also gave birth to Amitabh Bachchan's stardom.