A Dharmatic Entertainment Production, the film is being produced by Karan Johar and Apoorva Mehta, with Somen Mishra serving as the co-producer and is being directed by Kannan Iyer 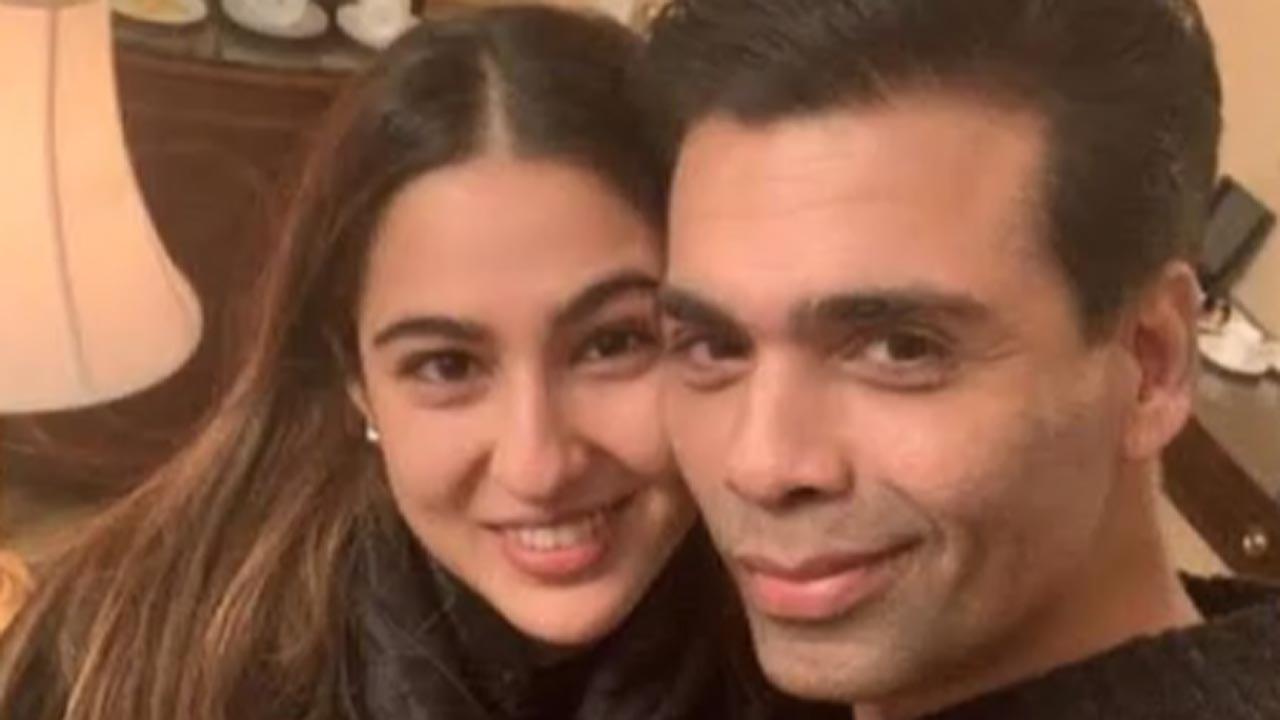 
Bollywood actor Sara Ali Khan penned down a thank you note for filmmaker Karan Johar after being announced as the lead star of Prime Video's upcoming Amazon Original film titled 'Ae Watan Mere Watan', which is set to go on floors this month.

Taking to her Instagram story. Sara dropped a picture featuring Karan along with a note.

She wrote,"AFTER ALL THE MAGNANIMITY, FRIENDSHIP, ADVICE, GENEROSITY, AND LOCE-FINALLY WORKING WITH YOU @KARANJOHAR CAN'T EXPRESS HOW BLESSED I FEEL."

On Tuesday, Varun Dhawan made the announcement of Sara's new project in a new promo video shared on his Instagram handle. In his signature style, he mentioned that Sara will play a brave freedom fighter in a fictional tale set against the backdrop of the Quit India Movement in 1942.

A thriller drama, inspired by true events, 'Ae Watan Mere Watan', has been written by Darab Farooqui and Kannan Iyer.

A Dharmatic Entertainment Production, the film is being produced by Karan Johar and Apoorva Mehta, with Somen Mishra serving as the co-producer and is being directed by Kannan Iyer.

Also Read: Koffee With Karan 7: Karan Johar says he was embarrassed after not being invited to Katrina, Vicky's wedding

The Amazon Original Movie will be available to Prime members in over 240 countries and territories upon its release.

Meanwhile, apart from this project, Sara will be seen sharing screen space with Vicky Kaushal in Laxman Utekar's next.

She also has 'Gaslight' with Vikrant Massey and Chitrangada Singh. The film is being directed by Pawan Kriplani who earlier helmed 'Bhoot Police' and is bankrolled by Ramesh Taurani.

Next Story : Hrithik Roshan shares glimpse from '9 month' process of turning into Vedha for 'Vikram Vedha'