Khan said that it is not easy to match her grace while portraying her in a biopic. “She’s so graceful. I don’t know if I’m graceful” 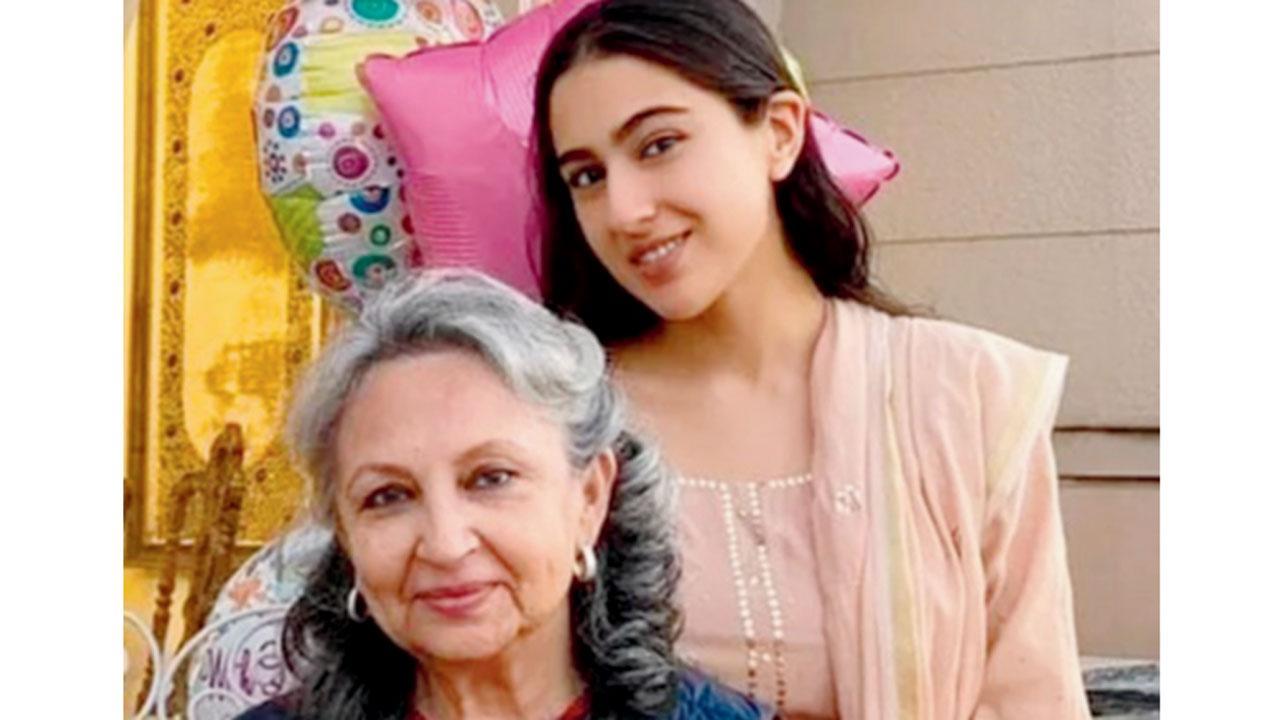 
Sara Ali Khan is often seen talking about her grandmother and veteran actor Sharmila Tagore. She had once also spoken about playing her on screen, if a biopic is made on Tagore. Khan said that it is not easy to match her grace while portraying her in a biopic. “She’s so graceful. I don’t know if I’m graceful.” Tagore is known for her remarkable performances in films like Shakti Samanta’s 1964 hit Kashmir Ki Kali, her chemistry with Rajesh Khanna was also liked by the audience in the films like Aradhana (1969), Safar (1970), Amar Prem (1972), among others.

During a live show, Khan had said she does not talk to her grandmother much about her films and work. “I speak to badi amma [grandmother] quite a lot, but I don’t think I’ve actually spent much time speaking to her about her career. There are so many other things. She’s so well-read, interested in current events, and has a great sense of general knowledge. She is such a classy lady. We’ve spent more time talking about her world views than her craft, which I think I should.” On the work front, Khan will be seen next in Laxman Utekar’s project opposite Vicky Kaushal and in Gaslight along with Vikrant Massey

Next Story : Have you heard? A futuristic action thriller for Deepika Padukone, Prabhas, Amitabh Bachchan