The film is based on the life of Mithali Dorai Raj, the celebrated skipper of the Indian women's cricket team who recently hung up her boots and announced her retirement from all forms of cricket 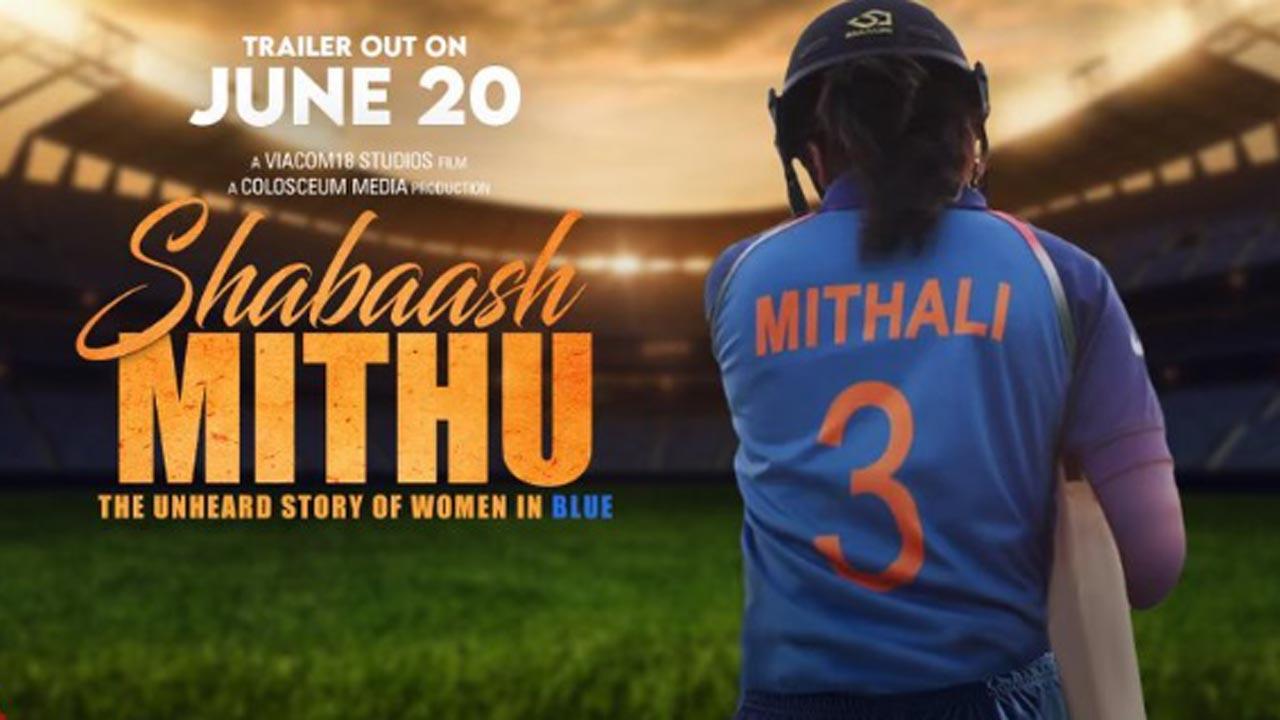 
A new poster from Taapsee Pannu's Mithali Raj biopic 'Shabaash Mithu' was released on Friday. It shows Taapsee's character holding the cricket bat as she prepares to step on the field with her back facing the camera.

The film is based on the life of Mithali Dorai Raj, the celebrated skipper of the Indian women's cricket team who recently hung up her boots and announced her retirement from all forms of cricket.

A legacy that redefined the gentleman's game. A captain who was not just a player but an inspiration.

In a career spanning 23 years, Mithali boasts of 7 consecutive 50s in ODIs and has led India in 4 World Cups. The story tracks her journey from being an 8-year-old girl with a dream of becoming a cricketing legend.

The film, directed by Srijit Mukherji, written by Priya Aven, and produced by Colosceum Media and Viacom18 Studios, will unveil its trailer on June 20, with the film bowing in theatres on July 15.

Next Story : Kangana Ranaut: Much needed break day with my family at my favourite spot