Shah Rukh Khan and A.R. Rahman get clicked together at Nayanthara and Vignesh Shivan's wedding 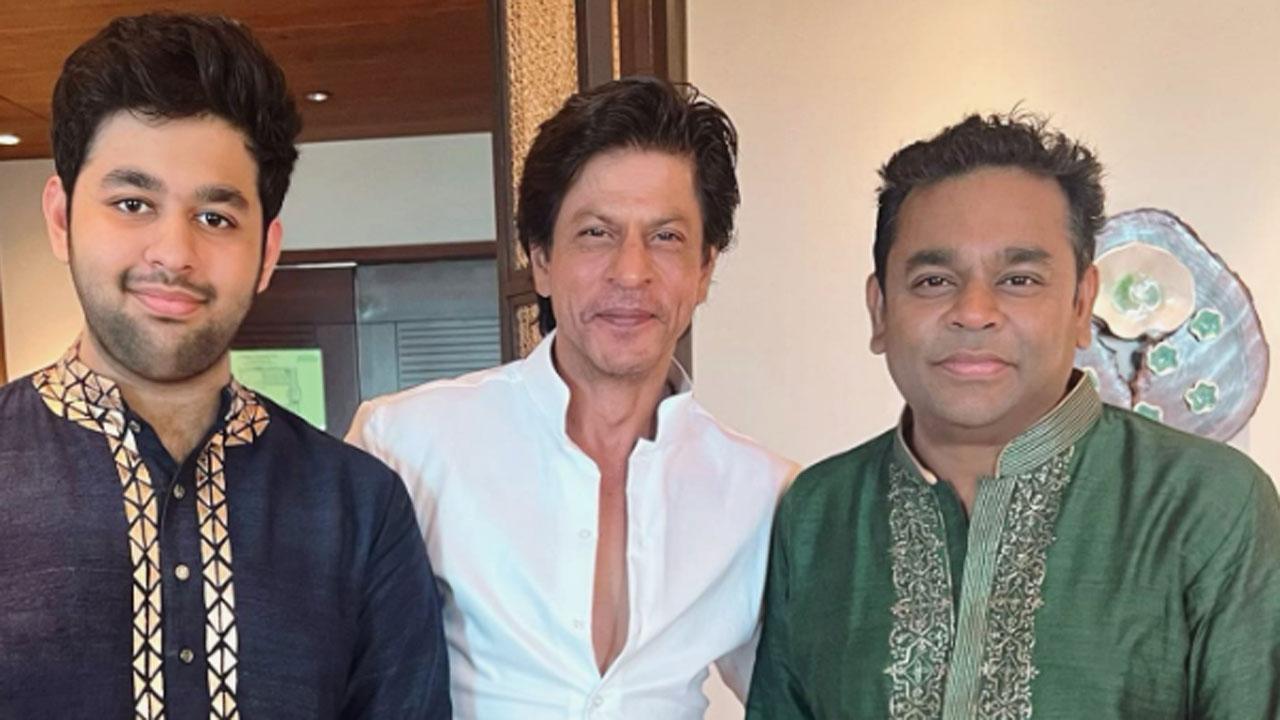 In the pictures, Shah Rukh can be seen posing with AR Rahman and AR Ameen. While the 'Kal Ho Naa Ho' actor looks handsome in a white shirt paired with black
pants as his outfit of the day, the father-son duo chose ethnic attires for the occasion. The picture was shared by the music composer and singer on his Instagram account and fans cannot stop going gaga. A fan wrote, "Alexa, play Dil Se re! " Another fan commented, "Omggggg.....my two biggest favourites ...Shahrukh and ARR Sir in one frame."

Khan and Rahman have worked together on films like 'Dil Se', 'Swades', 'One Two Ka Four', and 'Jab Tak Hai Jaan'.

SRK, after a hiatus of four years, will give a triple treat to fans in 2023 with Jawan, Pathaan, and Dunki. Jawan promises to be a spectacular event film with high octane action sequences and talent assembled from across Indian cinema.

Known for directing a string of successful blockbuster films in the south like Raja Rani, Theri, Mersal and Bigil to name a few, director Atlee brings his magic to a nation-wide release with the highly anticipated, Jawan.

Talking about the film, Shah Rukh Khan said , “Jawan is a universal story that goes beyond languages, geographies and is for all to enjoy. Credit goes to Atlee for creating this unique film, which has also been a fantastic experience for me as I love action films! The teaser is the just tip of the iceberg and gives a glimpse into what’s to come”.

Talking about creating Jawan, director Atlee Kumar said, "Jawan has something in it for everyone be it actions, emotions, drama all woven into create a visual spectacle. I want to give the audiences an exceptional experience, an event which they all can enjoy together and who better to deliver it than Shah Rukh Khan himself, presented like never before."

Next Story : Akshay Kumar and Aamir Khan all set to clash at the box-office on August 11