On Saturday, Atlee dropped a glimpse of the two superstars on his social media handle 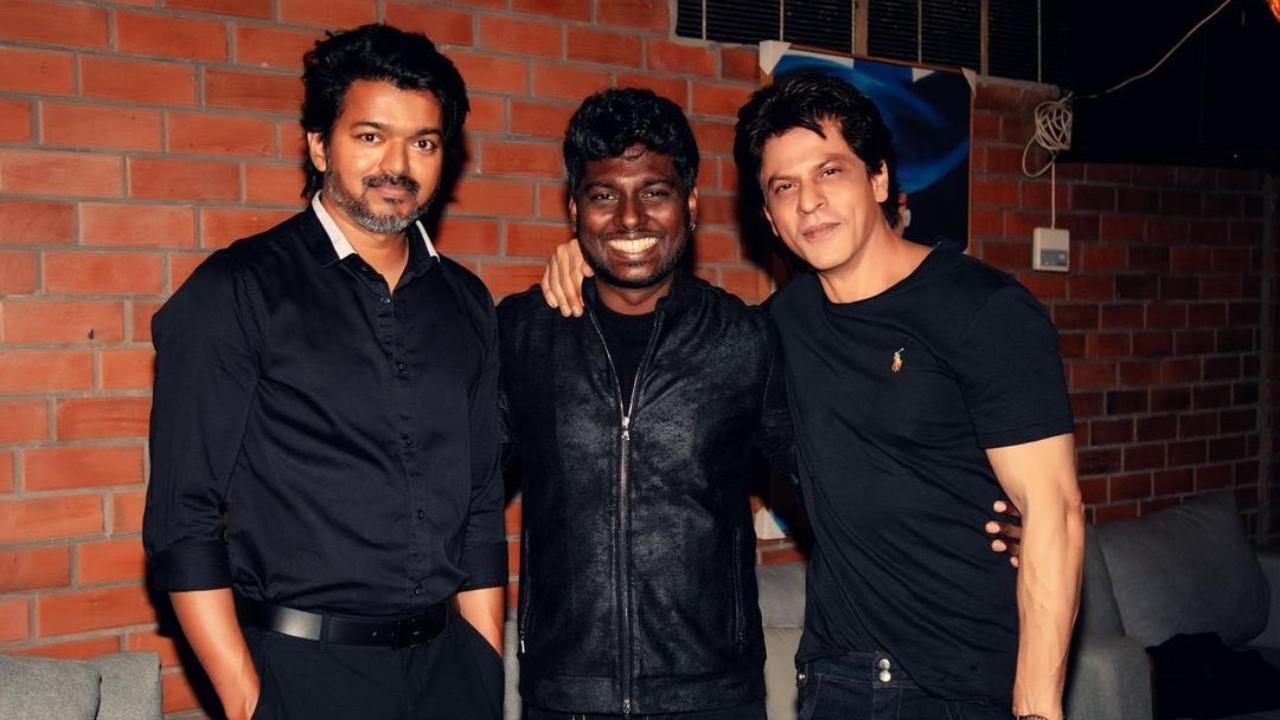 
Bollywood star Shah Rukh Khan starrer 'Jawan' has become the most highly anticipated film in recent times. Now, there are rumours that Telegu star Thalapathy Vijay is expected to be a part of the film.

On Saturday, Atlee dropped a glimpse of the two superstars on his social media handle, and captioned it," "What more can I ask on my bday, the best bday ever wit my pillars. My dear @iamsrk sir & ennoda annae ennoda thalapathy @actorvijay." The post sparked rumours, of Thalapathy Vijay being part of Atlee's upcoming flick 'Jawan'. Since the picture was dropped on the internet, it created an immense buzz, fans are curious and eager to witness the duo in one frame.

A fan commented, "An iconic picture! #ThalapathyVijay and #ShahRukhKhan are easily the two biggest superstars in the history of Indian cinema. Blockbuster after blockbuster, unmatched superstardom & never-ending craze. The two biggest money-spinners of the country." Another shared, "Rolex reach. Now Vijay accepted the cameo. Inspirational suriya." "I just can't believe this. Is this true? Please confirm", a fan questioned.

This is not the first time when the rumours of the 'Beast' star are floating on the Internet. Previously a picture of the 'two' was doing the rounds on social media, where Shah Rukh was seen wearing a white shirt and Vijay sported in a purple shirt.

Meanwhile, on the film front, Shah Rukh Khan is busy shooting for his upcoming film 'Jawan'. Helmed by Atlee Kumar, 'Jawan' is produced by Gauri Khan, and presented by Red Chillies Entertainment.

The film's first look poster shared by Shah Rukh has already created quite a buzz, especially with King Khan's uncanny look. 'Jawan' is set to hit the theatres on June 2, 2023, across five languages - Hindi, Tamil, Telugu, Malayalam and Kannada.

Next Story : Mammootty is gravitas personified as vigilant cop in 'Christopher'