After the trailer launch, several people speculated that superstar Shah Rukh Khan has a cameo in the film. Back in June, SRK's fans shared screenshots from the trailer and wondered if it was King Khan who appeared as 'Vayu'. And now it seems like the observation made by the eagle-eyed fans is correct 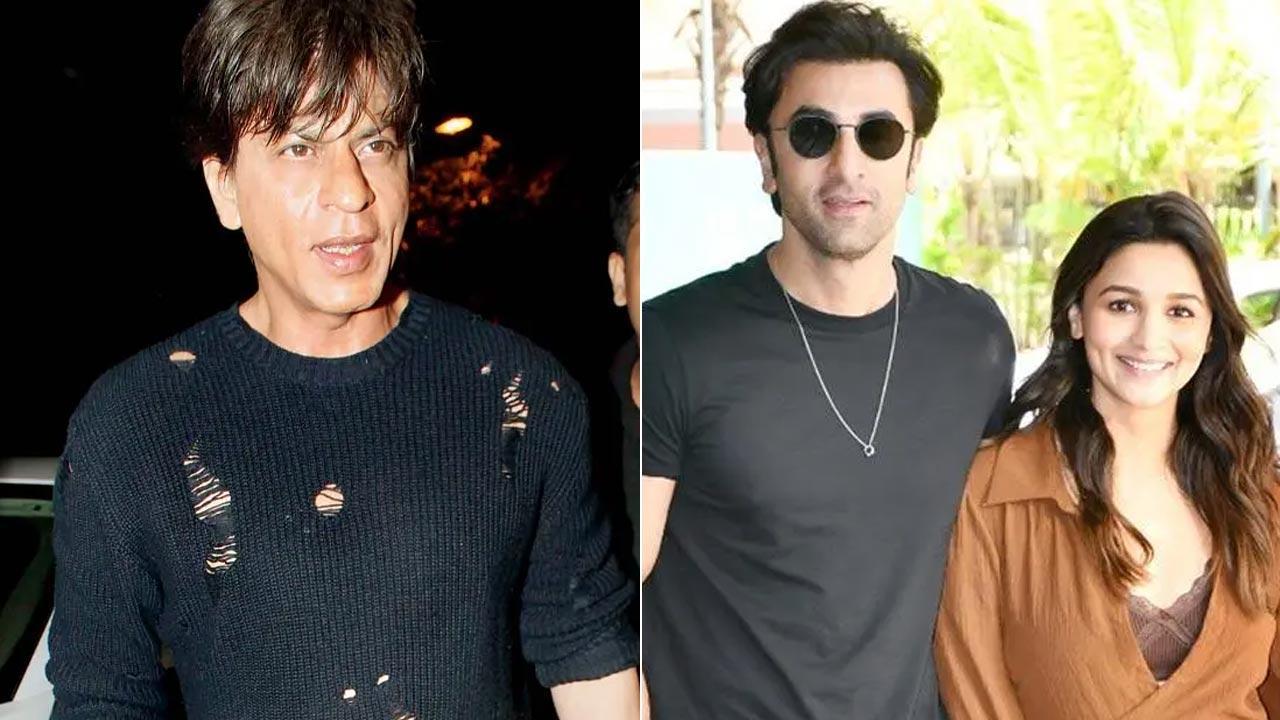 
Filmmaker Ayan Mukerji has been piquing the curiosity of cinephiles ever since he released the trailer of his mythological sci-fi drama 'Brahmastra', which features Alia Bhatt, Ranbir Kapoor and Amitabh Bachchan in the lead roles. After the trailer launch, several people speculated that superstar Shah Rukh Khan has a cameo in the film. Back in June, SRK's fans shared screenshots from the trailer and wondered if it was King Khan who appeared as 'Vayu'. And now it seems like the observation made by the eagle-eyed fans is correct.

On Thursday, netizens shared a new picture and video, claiming it's SRK's look from 'Brahmastra'. In the viral clip, SRK is seen in a blood-soaked avatar. As SRK's character elevates in the air, lord Hanuman's silhouette starts to appear. The particular glimpse made SRK's fans extremely happy. "Ladies & Gentleman, @iamsrk as Vanar Astra in Brahmastra," a Twitter user wrote.

"SRK's cameo will be Ayan Mukerji's ode to his love for Shah Rukh Khan," another one wrote. However, it is not yet known if the viral clip is from Brahmastra or just a fan-made edit. Shah Rukh also has a cameo in Aamir Khan and Kareena Kapoor Khan's latest release 'Laal Singh Chaddha'. Prior to it, SRK made a cameo appearance in R. Madhavan's 'Rocketry: The Nambi Effect'. While promoting his upcoming film 'Rocketry: The Nambi Effect' in New Delhi a few months ago, Madhavan had revealed that SRK did not charge a single penny for his cameo in the project.

"I mentioned about 'Rocketry' to Shah Rukh Khan sahab when I worked with him in 'Zero' ...he vividly remembered it that during one of his birthday parties he asked me about the film's status and expressed his desire to be a part of the film. 'Mujhe background me koi bhi role chalega main is film ka hissa hona chahta hu', Khan sahab told me. I thought he was joking. Two days later my wife Sarita asked me to thank Khan sahab for his kind words. I dropped a message to Khan sahab's manager asking her to convey my gratitude to him and I instantly got a text from the manager saying, 'khan sahab dates puch rhe hai shoot ki'.. and that's how he became a part of our film," Madhavan recalled.

Also Read: Have you heard? A special new role for Hrithik Roshan in Brahmastra Part 2?

Now Srkians are eagerly waiting for 2023 as SRK is all set to make his full-fledged return to cinemas with 'Pathaan', , followed by 'Jawan' and 'Dunki'.

Next Story : Neha Dhupia: Marrying an actor is a huge plus