Ayan Mukerji explains why 'Deva Deva' is soul of 'Brahmastra'

'Deva Deva' is the second song from 'Brahmastra' after their much famous hit track 'Kesariya', which featured Ranbir and Alia's romantic side 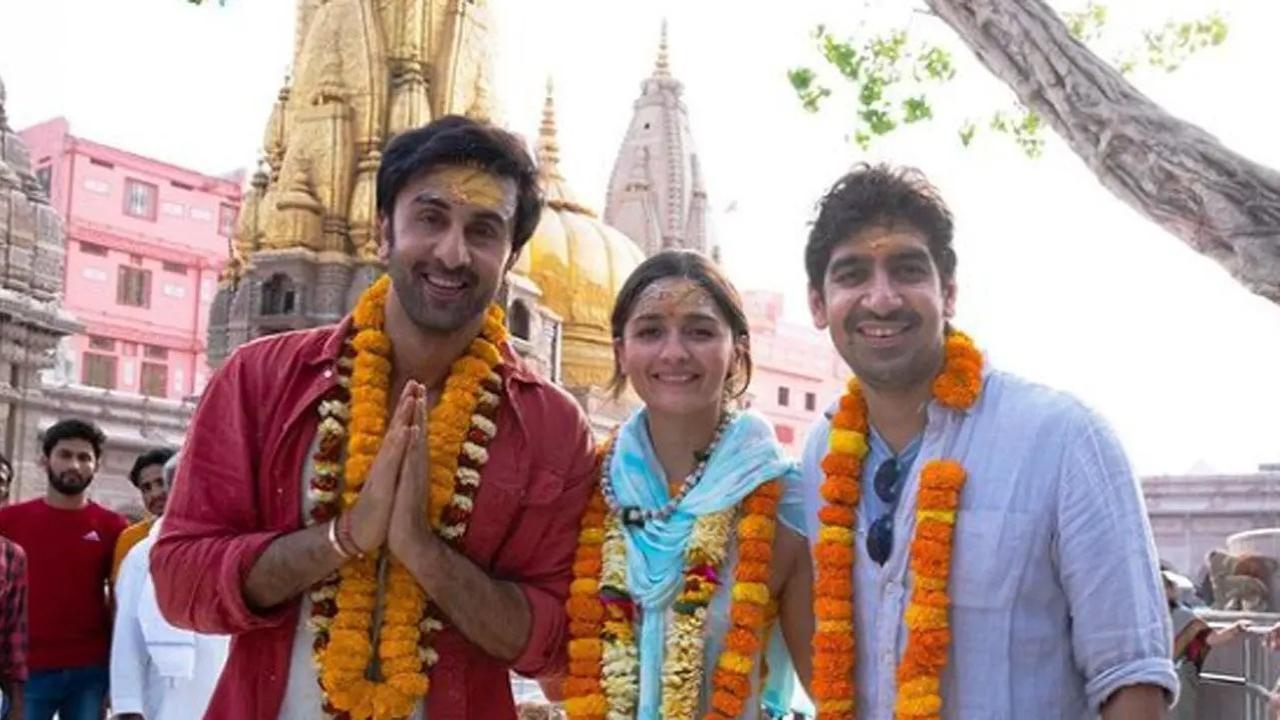 
Bollywood director Ayan Mukerji, on Sunday, dropped a long note stating why the new song 'Deva Deva' from 'Brahmastra Part One: Shiva' is the soul of the film.

Taking to Instagram, the 'Wake Up Sid' director shared a motion poster of 'Deva Deva', which he captioned, "A song in which our protagonist Shiva finally unlocks his Powers. And in doing this, he fills all the Fire around him with Divine Energy. *Like Lord Shiva sitting cross-legged in dhyaan... the first image of meditation in this entire Universe... A Song in which our hero Shiva achieves his Potential by understanding that to control the Fire outside, he needs to first... Feel the Fire Within! A Song that has given me so much Energy since Pritam (Dada) created it...

- Given me Strength whenever things have been tough... I've truly listened to it before every big meeting I had to take in last few years!- Given me Dance when I've played it to my friends in the middle of the night !- Given me Moments of Singing Loudly and Badly in the car when I'm driving around alone!- Most importantly, Given Soul to my Life and Brahmastra (which is one and the same thing)!

Also Read: Ayan Mukerji spills the beans on why he works with Ranbir Kapoor so often

-The Chants of 'Namah Om' in this Song - is now my favourite thing that we've created in all of Brahmastra. It is so simple, but so deep for our culture and so powerful, I feel so lucky that we have it in the Song."

Talking about his vision in the song, he said, "I have this image in my mind of a large group of young people, packed in a room, dancing and singing the Song loudly... and I'm putting that energy out into the Universe. Hope you guys like what we have for you tomorrow, and I hope the Song gives to everyone, everything that it has given me!!!."

'Deva Deva' is the second song from 'Brahmastra' after their much famous hit track 'Kesariya', which featured Ranbir and Alia's romantic side. The song will be out on August 8, 2022. Ranbir, Alia, and Ayan are currently very busy promoting their film.

'Brahmastra Part One: Shiva' is an upcoming trilogy film, which is slated to release on September 9, 2022. The film also stars Amitabh Bachchan, Mouni Roy, and Nagarjuna in prominent roles.