Farah is famous for mocking Karan's fashion sense and Karan's replies are so savage that they end up leaving the viewers in splits. The duo has again taken over the social media application with yet another hilarious video 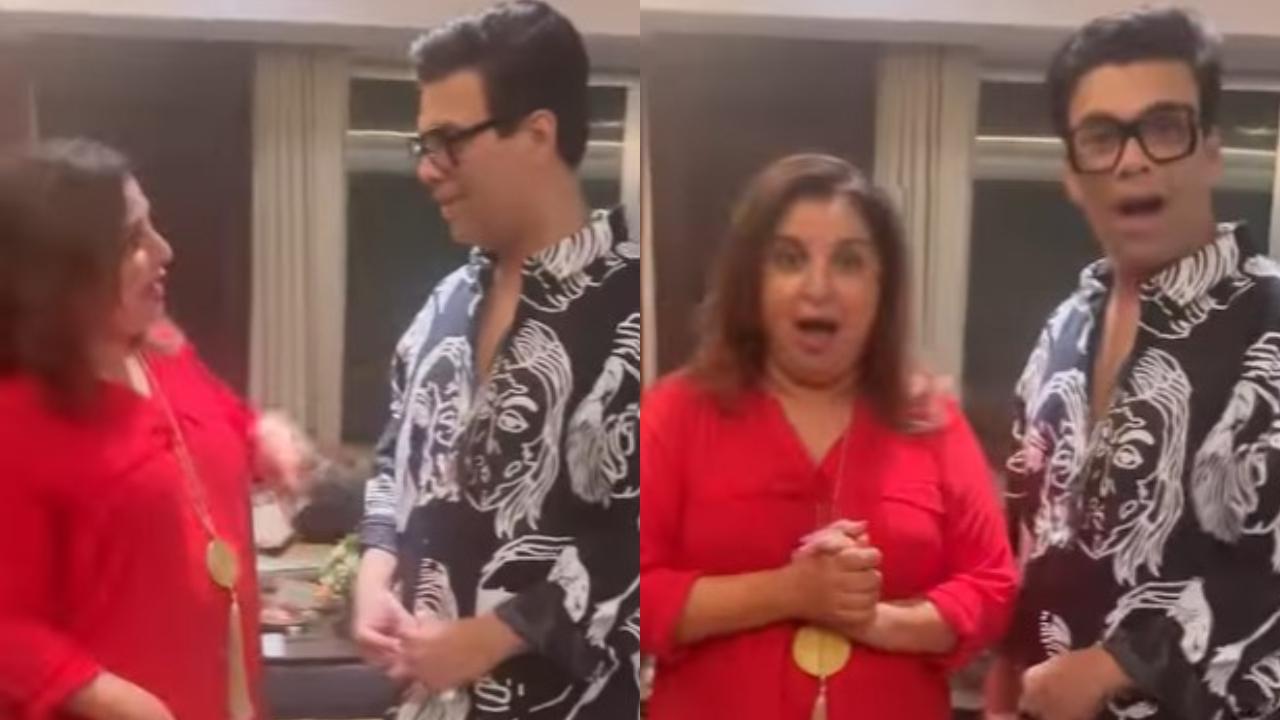 
There's no denying that Karan Johar and Farah Khan's videos on Instagram are the funniest and a treat to watch! The duo keeps up with their fun and banter by posting videos with each other on Instagram and fans totally love them.

Farah is famous for mocking Karan's fashion sense and Karan's replies are so savage that they end up leaving the viewers in splits. The duo has again taken over the social media application with yet another hilarious video. Captured on camera by Varun Dhawan, the video shows Karan and Farah in their character and we aren't complaining!

The video starts with Karan (as usual) mocking Farah's outfit and saying, "Oh my god you look like a stop sign, and what is that a medal? Got to be for your fashion" to which Farah responds saying, "No, it's for being friends with you for 25 years!"

Then Farah hits back by saying, "Oh my god your shirt. So many faces. You multifaced. One for successful people, one for not-so-successful. Is that right?" Karan then responds saying, "I am not partial Farah, please, otherwise I won't be talking to you. "The video ends with Varun laughing in the background. Check it out:

The video is from the much-talked-about success party of 'Jug Jugg Jeeyo' that was hosted at KJo's house. The entire cast of the film, with the likes of Anil Kapoor, Neetu Kapoor, Kiara Advani, Varun Dhawan, Maniesh Paul, and Prajakta Koli.

Speaking about Farah and Karan, they have been friends for 25 years. On the work front, the duo has collaborated for Dharma Productions' latest project 'Rocky Aur Rani Ki Prem Kahani'.

Next Story : Jasmeet K Reen: What is art for if not to trigger conversation?