'Shershaah' team launches the trailer of the film, pays tribute to the Indian Armed Forces at Kargil

The entire team of the film based on the life of Captain Vikram Batra, gathered at Kargil for Kargil Vijay Divas to remember the invaluable sacrifices of our officers in the Kargil War and pay celebrate in the victory that they brought to India. 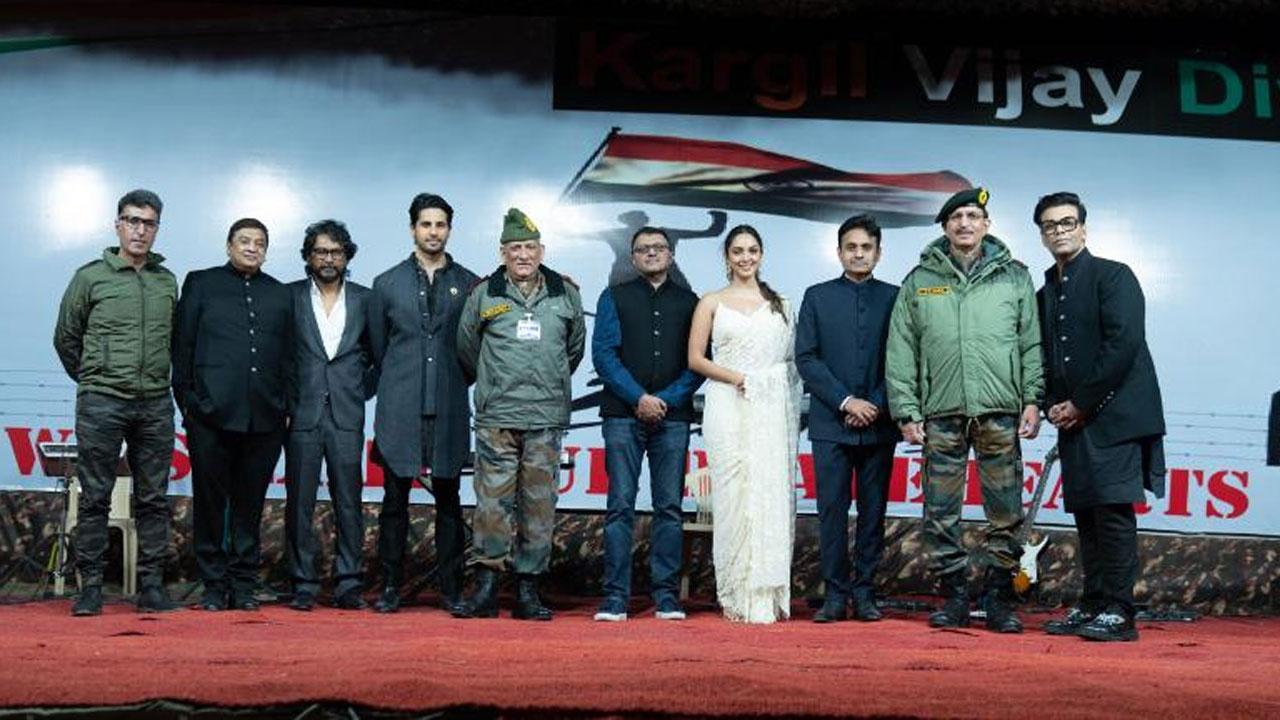 Team 'Shershaah' at the trailer launch of the film at Kargil, Picture Courtesy: PR


The war drama, 'Shershaah', which will arrive on Amazon Prime Video India ahead of the Independence Day weekend, on August 12, celebrates the unflinching courage and valor of Kargil War Hero, Captain Vikram Batra (PVC) and is an ode to the relentless spirit and bravery of our armed forces.

The trailer was launched in the presence of actors Sidharth Malhotra, Kiara Advani, Director Vishnu Varadhan, Producers Karan Johar, Apoorva Mehta and Shabbir Boxwala and Vijay Subramaniam, Director and Head, Content, Amazon Prime Video, General Y K Joshi, General Officer Commanding-In Chief, Northern Command and Chief of Defence Staff, General Bipin Rawat, who had gathered at Kargil for Kargil Vijay Divas to remember the invaluable sacrifices of our officers in the Kargil War and pay celebrate in the victory that they brought to India.

For the uninitiated, Malhotra essays the role of late Captain Vikram Batra who had the code name Shershaah in the 1999 Kargil War. The actor could be seen speaking on the occasion of the trailer launch and paying tribute to the soldiers of the Indian Army.

In another picture, the actor and director Vishnu Vardhan could be seen interacting with Vishal Batra, Vikram Batra's twin brother. Malhotra will also be seen in his career's first double role in this drama.

Amazon Original Movie 'Shershaah' is jointly produced by Dharma Productions and Kaash Entertainment. The film will premiere across 240 countries and territories on 12th August 2021 exclusively on Amazon Prime Video.