Siddhant Chaturvedi reveals his fixation with this Bollywood khandan 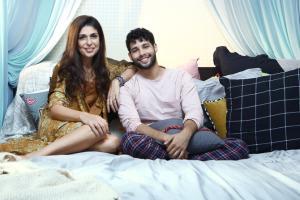 
Siddhant Chaturvedi, a talented actor and the new sensation of B-town debuted on Anaita's chat show "Feet Up with the Stars Season 2 exclusively on Voot.

The actor started his career in a web series called Life Sahi Hai which was produced by Luv Ranjan. Following that, he bagged the role of a cricketer in Amazon Prime's original series Inside Edge. His performance in 'Gully Boy' has garnered immense appreciation for his portrayal of rapper MC Sher- Ranveer's mentor in the film. The actor managed to win over the audiences with his charm and acting skill. 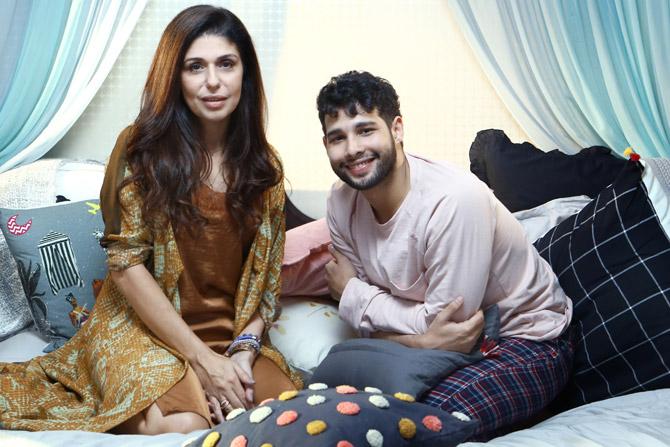 The provocative fashionista Anaita Shroff Adajania in a candid conversation with Siddhant about his rapping career revealed that the reel MC Sher is a real-life rapper! The protagonist of Zoya Akhtar's hit took off on a small leeway making it big.

When asked about his preparations for MC Sher, Siddhant shared, "I reimagined myself as a rapper. I started writing on my own. I did not want to copy anyone. Getting the body language – I asked Zoya, is sher a lion or a tiger. I watched documentaries on lions to get the body language right. First day of shoot – I was a bit nervous. It was good. First shot was the montage where I had to mentor Ranveer."

A post shared by Siddhant Chaturvedi (@siddhantchaturvedi) onMar 25, 2019 at 1:00am PDT

Siddhant Chaturvedi further revealed his fascination with the Akhtar siblings and said he looks up to the mutli-talented Farhan Akhtar to be his godfather in Bollywood. Well, the newbie's fixation comes as no shock given the blessed Akhtar genes. The actor cheerfully quipped, "I send Farhan Akhtar my poetry. I would like him to direct me"

Now that is some revelation! Siddhant, the heartthrob of B-Town has already taken over the game with his rap and acting skills. With this, we now know the secret behind his kickass performance!

Next Story : Priyank to reunite with singer Aastha Gill for another smashing hit?