Exclusive! Singer Tushar Joshi on ‘Rasiya’: I had to convince myself that I can do justice to it

Singer Tushar Joshi, the voice behind songs like 'Ami Je Tomar' and 'Rasiya' spoke to mid-day.com about his recent hit track from Brahmastra 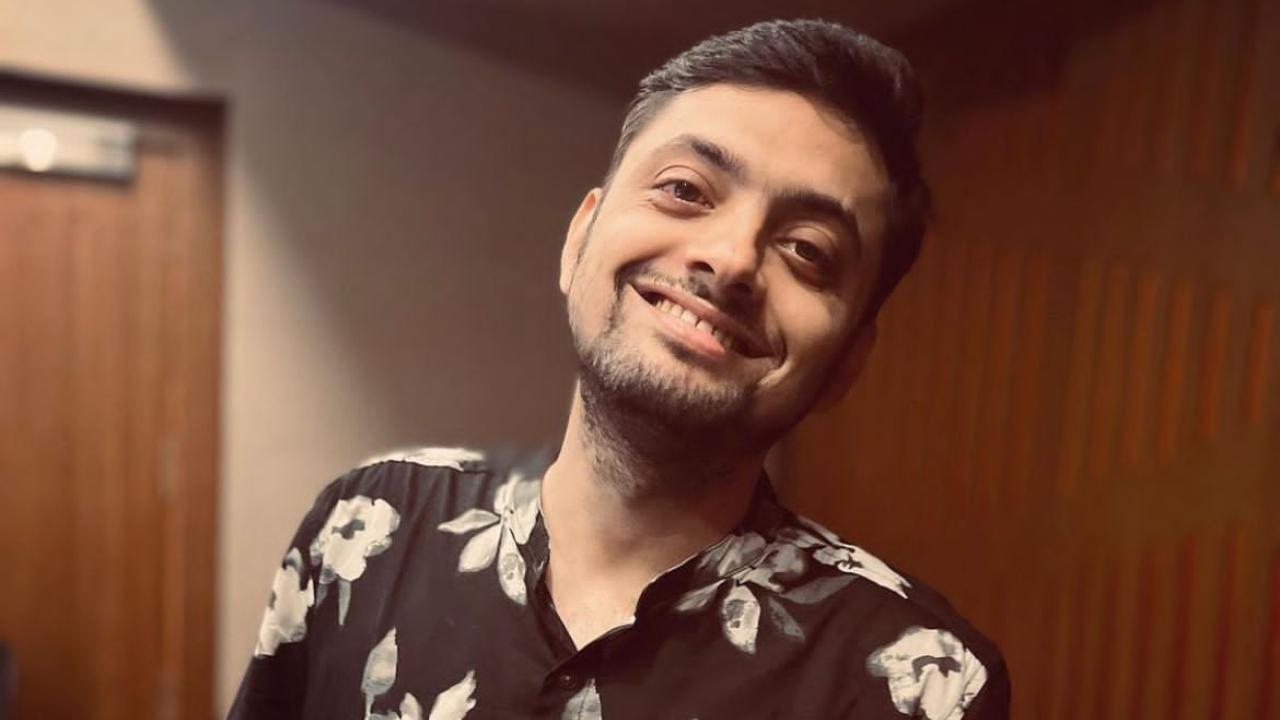 
Brahmastra’s music album is, without a doubt, the most loved album of the year so far. When the makers dropped the teaser of the song 'Kesariya' back in April, it created a rage among fans with a demand for the release of the complete version of the song at the earliest. After the release of the film on September 9, the audience reaction pattern continued but this time for the song titled ‘Rasiya’. In the film, ‘Rasiya’ was used as background music. On public demand, the makers dropped the complete version, a couple of weeks after release. Singer Tushar Joshi who is the voice behind the song is also on the receiving end of praise for his soulful rendition.

Talking to mid-day.com, Tushar Joshi revealed that the first time he recorded the song, it was only as part of the background music. It was much later that the team worked on the complete audio version of the song and Joshi was once again roped in to sing the complete song. “I was involved in the making of the music of the film, including the scoring. A month before the release of the film, Pritam da had called me. We were working on the BGM of the film when I was asked to sing 'Rasiya' again. I was like I first need to convince myself that I can do justice to it. It is a simple song, but since it is a romantic song the emotions of romance and love need to reflect through it. I had that faith. I felt that I could sing well and then I recorded it.”

“The first time I sang, it was as part of the BGM score. Apart from the songs, we were also working on the score and there was a lot of work on that end. I did a lot of vocal-related work on the film. The album is heavily vocal-centric. There are a lot of shlokas and layers of BGM for shlokas as well. So even that work was going on. I did not think much when I was asked to sing back then. I didn't think whether they would keep it or not. For the second time, I felt that I should sing it nicely because as soon as I heard the audio version I felt that it would be an impactful song and that people would like it,” Joshi explained, speaking about the journey of 'Rasiya'.

Joshi was earlier praised for his version of ‘Ami Je Tomar’ from the film ‘Bhool Bhulaiyaa 2’ which was released in May this year. Albeit, there was confusion regarding who gave voice to the film version of ‘Ami Je Tomar’ which was widely loved by the audience. While most confused Joshi's voice for Arijit Singh, the former had put out a post clarifying which version was sung by whom.

Tushar Joshi does not hail from a musical family. In fact, he reveals that his inclination toward music began after watching 'Jurassic Park’ on the big screen. "I was very young and I remember, I had gone to watch ‘Jurassic Park' and its BGM made an impact on me. The BGM by John William moved me and I felt like I needed to learn something like this. I started learning Indian classical music as well, but I had a deep interest in the western forms of music also. That's where my learning process began."

Joshi began his music career in films with the film ‘Jagga Jasoos’ under the tutelage of Pritam da. He made his singing debut with the song ‘Musafir’ from the Ranbir Kapoor starrer. Now years later, Joshi is being heavily praised and acknowledged for his rendition of a song starring Ranbir Kapoor and composed by Pritam. Talk about coming full circle!