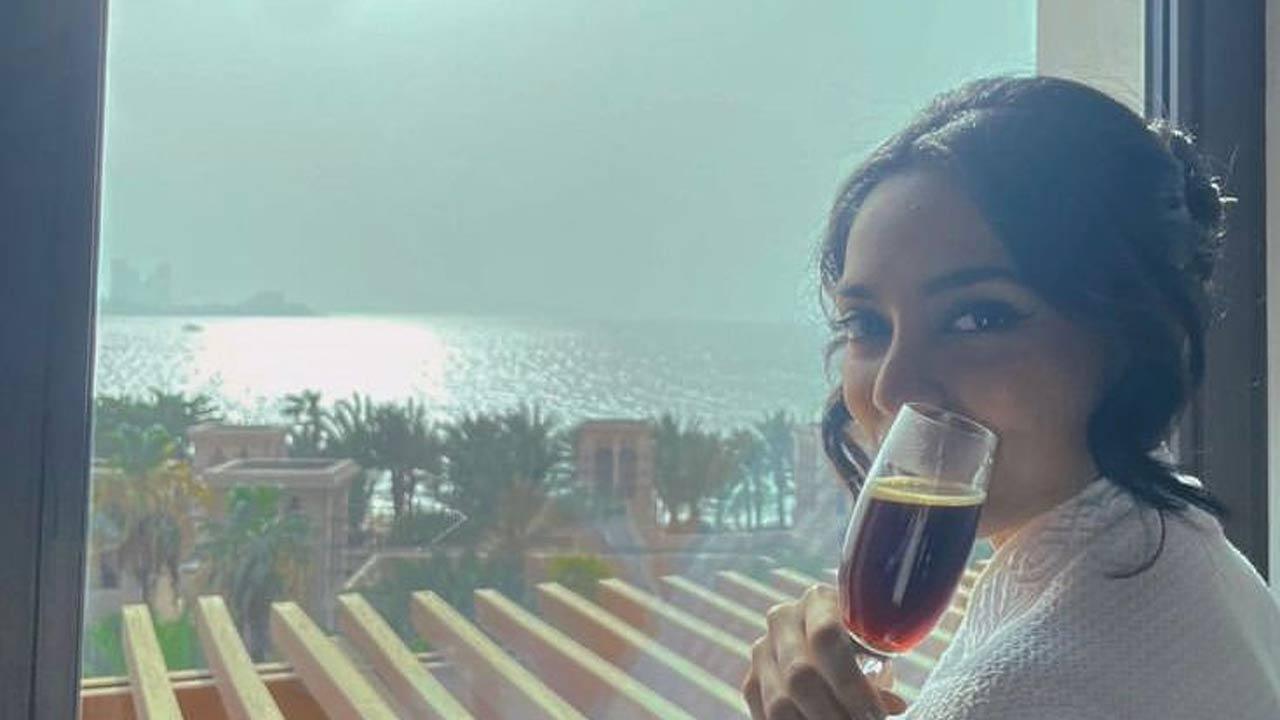 
Sobhita Dhulipala is running busy these days as she is busy with her film promotions and now was seen in Dubai. She shared a picture where she could be seen enjoying a glass of champagne. The actress wrote- "Crisp blue skies..espresso shots in champagne glasses..shooting film..blistered feet..white bathrobes..hummus and pita served in bronze bowls..48 degrees Celsius. A vibe."

Speaking about her line-up, Sobhita will be seen in the sequel to'Made in Heaven', Monkey Man, and Mani Ratnam's ‘Ponniyin Selvan’.

A film that's been in the news ever since its announcement, ‘Monkey Man', marks Dev Patel’s directorial debut and stars Dev Patel, Sobhita Dhulipala, Sharlto Copley, Sikander Kher, and a talented ensemble star cast is on the final leg of its completion.

Set in contemporary India, Monkey Man follows the Kid (Patel) who emerges from prison to take on a world enmeshed in corporate greed and eroding spiritual values.

While the team wrapped the filming last year and post-production is in full swing, the patchwork of the film is being shot here in India.

Says a source, “Monkey Man is a vibrant, thrilling and above all entertaining story. The post-production patchwork happened in Mumbai and is completed now. Everything fell into place beautifully and the team is incredibly happy with the way it has shaped out."

‘Money Man’ marks many firsts – From it being Oscar nominee Dev Patel’s directorial debut to being Indian star Sobhita Dhulipala’s big Hollywood debut. The Worldwide rights of the film have been bought by an OTT platform.

Also Read: 5 unmissable avatars of Sobhita Dhulipala that will make you go WOW

Next Story : Throwback Thursday: When Shah Rukh Khan watched Gauri Khan on the ramp from the audience