Thank you for the laughs, Gajodhar bhaiyya

Beginning with mimicry of Big B, to having the country in splits, it was quite a ride for the comedian. Fellow stand-up comics remember the man who’d always leave you with a smile 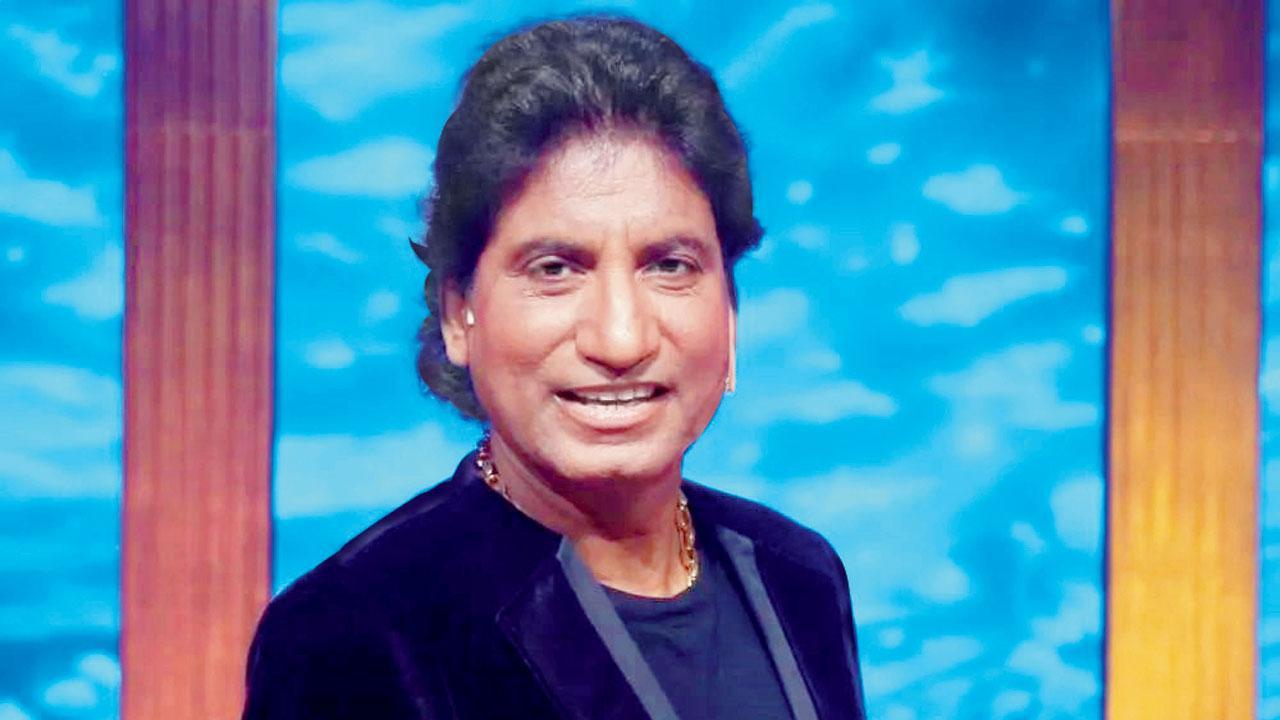 
In 2005, the Indian audience realised two things — stand-up comedy made for an entertaining television offering, and that some of the most hilarious stories could come from a barber. As The Great Indian Laughter Challenge opened its maiden season, Kanpur-born Raju Srivastava took to the stage to tell us tales as Gajodhar bhaiyya, a fictional character said to be inspired by a barber from his hometown. By the time the season ended, Srivastava’s dream run had begun. Over the past 17 years, he became one of the biggest names in stand-up comedy. 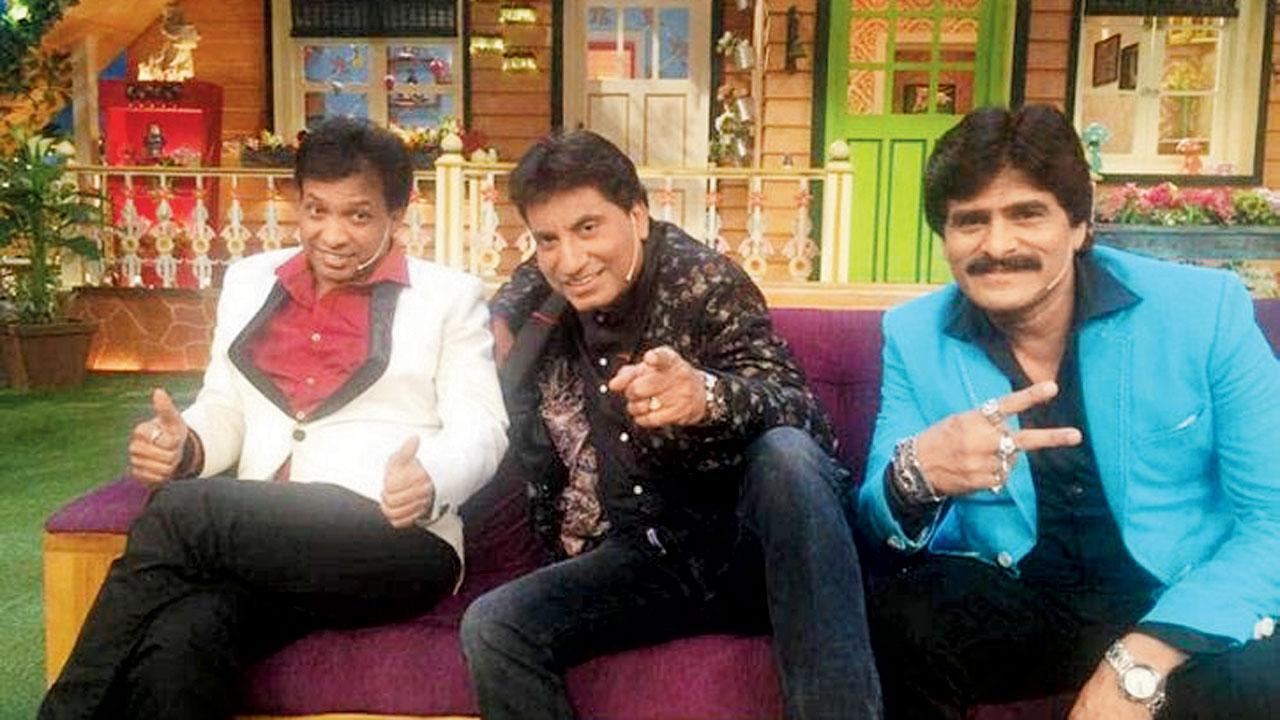 For Ahsaan Qureshi, the artiste — who breathed his last on Wednesday morning after battling for his life in AIIMS, Delhi, over the past 41 days — will always be the man who knew how to “turn a frown into a smile.” Qureshi, who was declared the first runner-up to Srivastava’s second runner-up on The Great Indian Laughter Challenge, remembers their first meeting. “About 12 of us were in the semi-finals. I remember Raju called me over for tea, after he learnt that I came from a small town in Madhya Pradesh. When I went over, his house was filled with people. Since Raju’s father was a great poet, his family loved me and my poetic style of comedy.” Qureshi notes that Srivastava’s style of comedy was unique. He had a knack for breathing life into inanimate objects.

What does the sofa feel? Mujhe bhi saans lena hai, thoda khade ho jaao. This was something only Raju Srivastavaji could do. He started his struggle when one could not afford to even get a landline at home. He used to collect coins to make calls from the telephone booth. Then came a phase when he would mimic Amitabh Bachchan, [which increased his popularity],” Qureshi recounts. The duo had met two months ago for an event. “At the time, we discussed making a film by bringing together several comedians, as we did with Bombay to Goa [2007]. We decided to flesh out the story at the next meeting, but that never happened.” Qureshi adds that he will fulfill the late comedian’s dream by making the film. 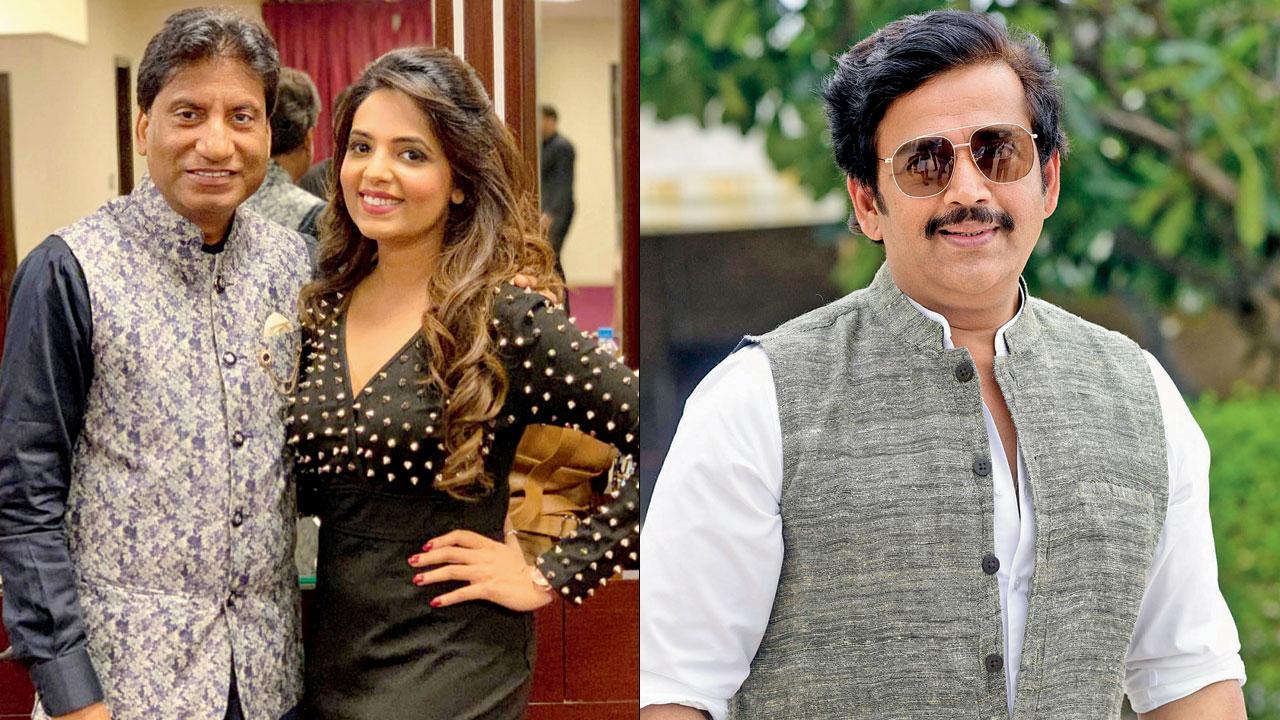 Comedienne Sugandhaa S Misshra, known for imitating the late Lata Mangeshkar in her musical comedies, remembers meeting Srivastava after she finished the fourth season of The Great Indian Laughter Challenge. “I was hesitant about approaching him. However, he saw me at a  press conference and approached me. He appreciated the musical comedy elements in my acts.” It was during a two-month US tour in 2016 that the duo grew close. “No matter what the situation, he was always gung-ho about his performance. I remember right before our performance, the hotel we were staying at ran out of water.

While we were running helter-skelter figuring out what to do, we saw Rajuji taking a dip in the pool. He said he [didn’t need water] as he had already taken a bath in the pool. He always knew how to turn the tide in his favour.” Her favourite character, she says, is Gajodhar bhaiyya. “Gajodhar was a personality so far removed from Rajuji. It was one of his best characters,” she adds.

Mourning his demise, co-actor and friend Ravi Kishan feels like he “lost a brother today”. “We both come from small towns in Uttar Pradesh, and had known each other for the last 30 years. We started our struggle together, and became successful together.” Kishan says that the late comedian always looked out for his peers, and believed in giving back to society. “As a member of the BJP, Rajuji took the initiative to get subsidies for film units when they shot in Uttar Pradesh. A few months ago, we shared the same platform at the Kashi Film Festival. We stayed at the same hotel for a few days and reminisced about our past. I never thought he would leave us so soon.” 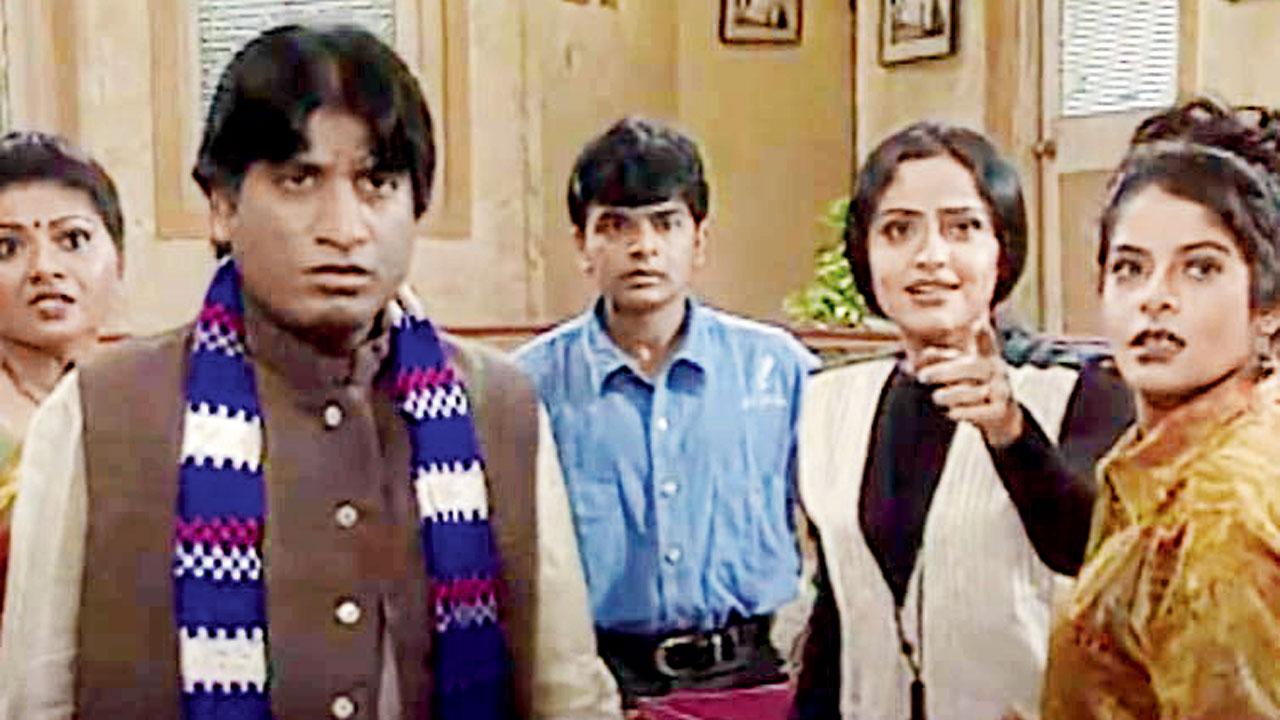 A still from Shaktimaan

>> He appeared in Doordarshan’s Tea Time Manoranjan, following it up with 'Shaktimaan' (1998-2005), where he played the character of Dhurandhar Singh.

>> In 2005, Srivastava became a household name with his stand-up comedy act in the maiden season of 'The Great Indian Laughter Challenge'. He emerged as the second runner-up, while Sunil Pal and Ahsaan Qureshi were adjudged the winner and first runner-up respectively.

>> He went on to join Indian comics Pal, Qureshi, and Asrani to lead the 2007 comedy, Bombay to Goa.

>> By 2009, the stand-up comic was so busy that he considered turning down Bigg Boss. He apparently agreed to participate in the reality show after he learnt that his idol Amitabh Bachchan was the host.

>> Besides showing his comic flair on Comedy Circus between 2007 and 2014, he put on his dancing shoes for Nach Baliye 6.

>> The comedian joined the Bharatiya Janata Party in 2014.

>> In 2017, he returned to The Great Indian Laughter Challenge as a special guest.

Next Story : Sonu Sood on building blocks to educate the young