Viral Video: Khushi Kapoor talks about wanting to work with her family

In a throwback video that has gone viral on social media, Khushi Kapoor can be seen talking about her acting aspirations and the desire to work with her family in the future! 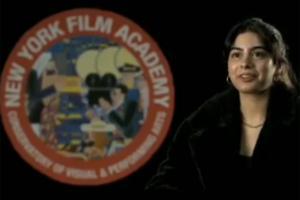 
A fan-club of Janhvi Kapoor and Khushi Kapoor took to its Instagram account to share a video where Khushi could be seen at the New York Film Academy, talking about wanting to be an actor, about wanting to work with her family. The video was shared a few weeks back but now has gone viral.

The video begins with a pulsating background music, and akin to the open credits of a Hindi film, the words say- Spotlight On Acting For Film Student Khushi Kapoor. She then proceeds to introduce herself and says, "Hi, I am Khushi Kapoor. My family is in the business but I have always just looked from afar."

She adds, "I would definitely love to work with my family at some point in the future. I would like to prove myself and prove my place before I jump into working with my family. There's really no other way to go about it than to immerse yourself into it." The video shows Kapoor talking about the academy and the aspirations for acting juxtaposed with her mother Sridevi's moments from her films and the New York Academy's college campus.

Have a look at the video right here:

She then states, "I learned about the New York Film Academy because my cousin attended here a few years ago and he would always say good things about it. I remember my mom filmed one of her films here (a still from English Vinglish plays) and that's when I decided I wanted to be here."

She also stated, "I really enjoy all of my classes over here but the ones that have stuck with me are acting for films and improv. I love acting for films because I feel like I am in a movie and actually working. It's been an incredible experience for me." In an interview a few weeks back, her sister and Bollywood actor Janhvi Kapoor spoke about how the two sisters are different from each other.

She said, "I am like the imbecile, immature, childish younger sister and she is the protective, sensible, independent elder sister. She takes me seriously with my work, which is the only time she takes me seriously. That is a big moment in our relationship. Khushi started this TikTok thing. She is only doing that. Suddenly at 3 am, she is doing her makeup and making these TikTok videos. I think we are very close to losing it but we are hanging by the thread."

Also Read: Khushi Kapoor: Didn't Look Like My Mom And Sister So People Made Fun Of Me

Next Story : Amit Sadh: Don't consider myself as an outsider. I am an insider