In another story, the 'Luka Chuppi' actor could be seen training for a tough dance step and Varun can be heard saying. "Kriti come on yaar, keep going for holidays everywhere, all around Europe, har jagah ghume ja rahi hai non-stop" 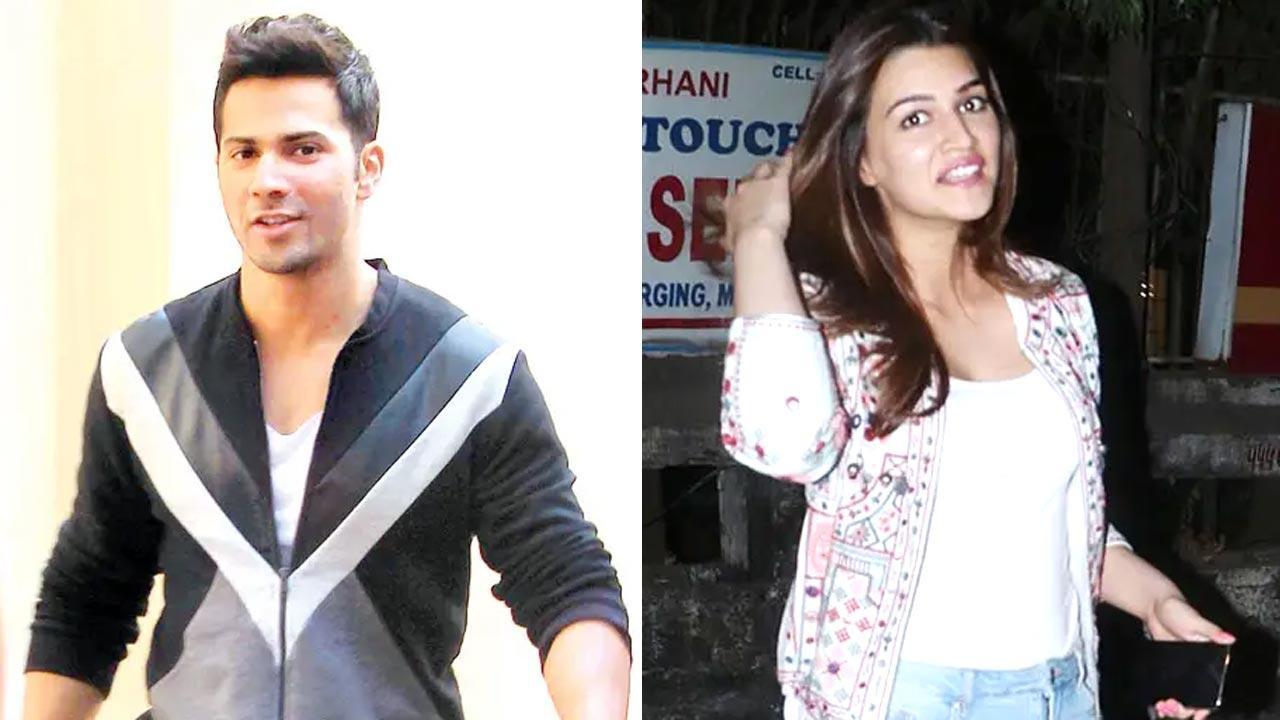 
Bollywood actors Varun Dhawan and Kriti Sanon, on Tuesday, shared some glimpses from the dance rehearsals for a song in their upcoming horror comedy film 'Bhediya'.

Taking to Instagram, Varun shared two stories, in which he could be seen having a fun chat with choreographer Ganesh Acharya and Kriti could be seen sitting on the floor.

In another story, the 'Luka Chuppi' actor could be seen training for a tough dance step and Varun can be heard saying. "Kriti come on yaar, keep going for holidays everywhere, all around Europe, har jagah ghume ja rahi hai non-stop."

Sharing the video, the 'Main Tera Hero' actor captioned the post, "European return," as Kriti recently returned to Mumbai from her family vacation to Europe.

On the other hand, Kriti also shared a video on her Instagram story in which she could be seen asking the 'October' actor, "What are you doing," to which he replied, "Trying Trying Tring."

Helmed by Amar Kaushik, the horror comedy film 'Bhediya' stars Varun Dhawan, Kriti Sanon and Abhishek Banerjee in the lead roles and is slated to hit the theatres on November 25, 2022.

The horror-comedy drama 'Bhediya' will mark the 'Badlapur' star and 'Heropanti' star's third collaboration with each other after sharing screen spaces in 2015 rom-com 'Dilwale' and 2019 'Kalank'. The film which went on floors earlier in March in Arunachal Pradesh will bring together the dynamic duo of producer Dinesh Vijan and director Amar Kaushik, who also helmed the 2018 blockbuster movie 'Stree'.

Meanwhile, apart from 'Bhediya', Varun will be also seen in an upcoming social drama film 'Bawaal' opposite Janhvi Kapoor.

Kriti, on the other hand, will be also seen in an upcoming Pan-India film 'Adipurush' alongside south actor Prabhas, Saif Ali Khan and Sunny Singh, in 'Ganpath: Part 1' opposite Tiger Shroff, which is slated to release on the occasion of Christmas 2022, and in 'Shehzada' along with Kartik Aaryan, which is all set to hit the theatres on February 10, 2023.

Next Story : Check out Alia Bhatt's birthday wish for her 'pops' Mahesh Bhatt