Fatima Sana Shaikh, who will be seen playing the role of former Prime Minister of India (Smt Indira Gandhi) in the film, captioned the post as "Ache Bache" 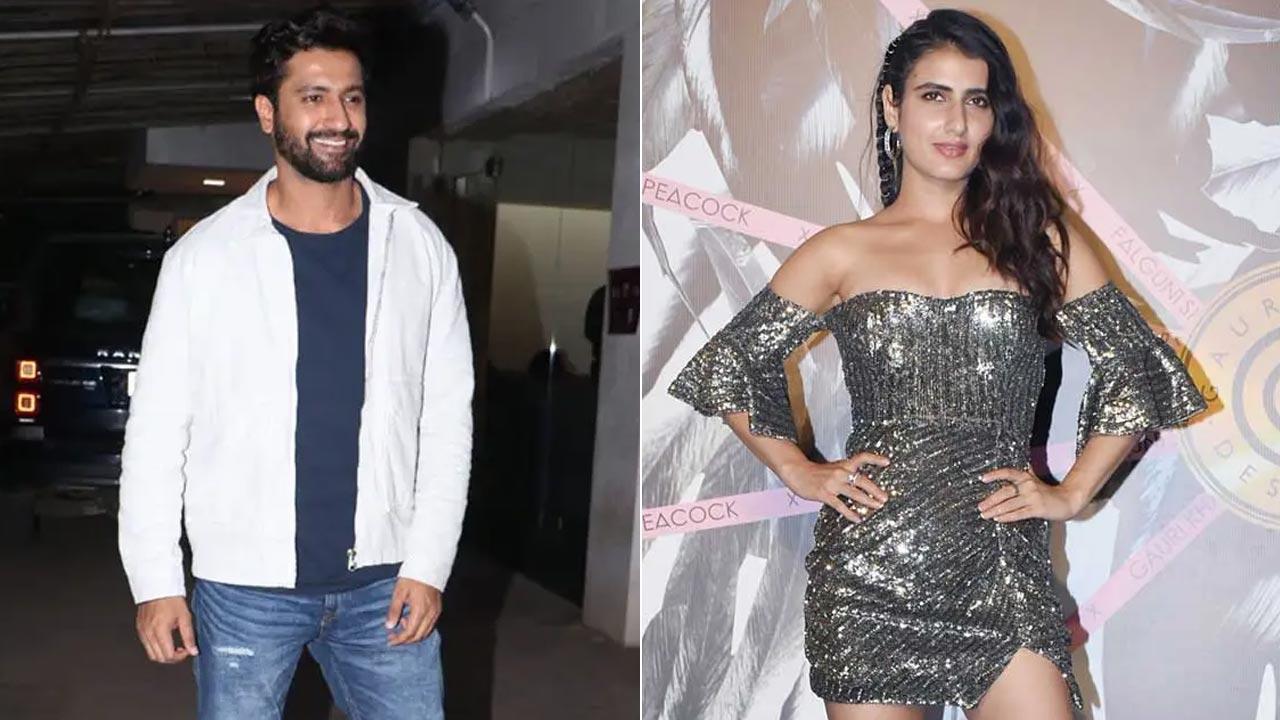 
Fatima Sana Shaikh and her 'Sam Bahadur' co-stars Vicky Kaushal and Mohammed Zeeshan Ayyub, on Wednesday, headed to Jaipur for the shoot of their film. Taking to Instagram Story, Fatima posted a picture with Vicky Kaushal and Zeeshan Ayyub from a flight. "Ache Bache," Fatima, who will be seen playing the role of former Prime Minister of India Indira Gandhi in the film, captioned the post. 'Sam Bahadur' is based on the life of the legendary Chief of the Army Staff and Field Marshal Sam Manekshaw. The film is directed by 'Chhapaak' filmmaker Meghna Gulzar and also casts Sanya Malhotra as Sam Manekshaw's wife Siloo Manekshaw. It is produced by Ronnie Screwvala.

Sam Manekshaw's army career spanned four decades and five wars. He was the first Indian Army officer to be promoted to the rank of Field Marshal and his military victory in the 1971 Indo-Pak war led to the creation of Bangladesh. A few weeks ago, the makers - RSVP launched an exclusive video featuring glimpses of Vicky as Sam Bahadur along with his co-stars, Sanya and Fatima. This video highlighted the dedication to bring the character alive, from Vicky's amazing transformation as Sam Bahadur and their table read sessions, to Meghna Gulzar and her team enthusiastically reimagining the realistic portrayal of characters through their reading sessions and preparation for shoot. This video gave us a glimpse of the journey they are about to embark on and the value they are bringing to present the life of the honourable Sam Manekshaw.

Excited to embark on this journey, director Meghna Gulzar had earlier said, "Finally, after years of extensive research, writing, brainstorming and rigorous preparation, 'Sam Bahadur' has finally gone on floors. It is tremendously fulfilling to be on set and have the opportunity to tell the story of Sam Manekshaw's inspiring life. A life of bravery, courage, determination and righteousness. They don't make men like him anymore!" Vicky also shared his feelings. He said, "I am fortunate to portray the role of a real-life hero and patriot who is still remembered and loved for his contributions to our country. There is a lot to learn and take back as an actor. With the amount of prep and hard work, the whole team has put in. I am sure the audiences will be thrilled to watch Sam's mesmerising journey to making India what it is today."

"It's a huge honour to be a part of such an inspiring story of one of the greatest war heroes of our nation. I hope those who haven't heard of Sam Manekshaw will remember him forever once they watch Sam Bahadur," said Fatima. Sanya Malhotra also shared, "Playing the part of Silloo, who has been Sam's support system right through his journey is an absolute honour. This is the first time I am sharing the screen with Vicky and being directed by Meghna Gulzar, my best endeavour would be to do justice to my part and to the film" Ronnie Screwvala said, "The world is looking to be inspired and there is no greater inspirational story and legacy than of FM Sam Manekshaw - A War hero, a leader, a great communicator, and a master strategist who lived his life with the highest level of self-conviction and on his own terms - its an honour to bring to screen his life story which in many ways is India's formative story."

This marks the second collaboration of the 'Sanju' actor with Meghna after their hit 'Raazi' in 2018.

Next Story : Richa Chadha to have 5 designers for her wedding trousseau