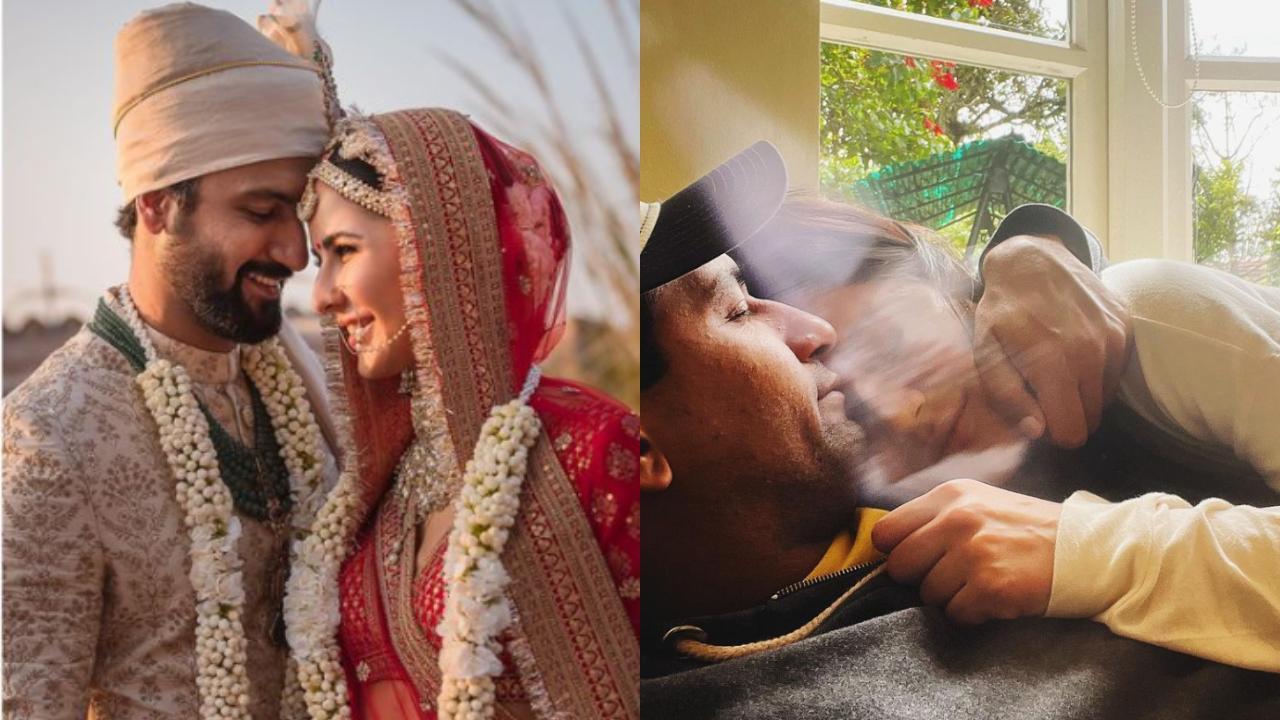 
Katrina Kaif and Vicky Kaushal tied the knot in an intimate function in Rajasthan on this day last year. The couple had dated two years before tying the knot. Katrina took to her Instagram handle today to mark one year of their marriage.

Katrina took to her Instagram handle to share unseen photos from their intimate wedding and a goofy video of Vicky. Sharing the photos and video, she wrote "My Ray of Light Happy One Year."

Vicky too shared an unseen picture form their wedding ceremony and wrote, "Time flies but it flies in the most magical way with you my love. Happy one year of marriage to us. I love you more than you can ever imagine!".

Meanwhile, on the work front, Katrina was recently seen in the horror comedy film 'Phone Bhoot' alongside Ishaan Khatter and Siddhant Chaturvedi which got decent responses from the audience.

She will be next seen in an action thriller film 'Tiger 3' opposite Salman Khan and in 'Merry Christmas' alongside south actor Vijay Sethupathi.

Vicky, on the other hand, will be next seen in a quirky thriller film 'Govinda Naam Mera' opposite Kiara Advani and Bhumi Pednekar.

Helmed by Shashank Khaitan, the film is all set to stream exclusively on the OTT platform Disney+ Hotstar from December 16, 2022.

Apart from that, he also has Laxman Utekar's next untitled film and Megna Gulzar's 'Sam Bahadur'.

Next Story : Jagapathi Babu joins team of Aayush Sharma's AS04