Vivaan Shah, who is fronting the one-act play Gulli Danda, discusses what makes theatre the ‘last bastion’ amid the digital boom 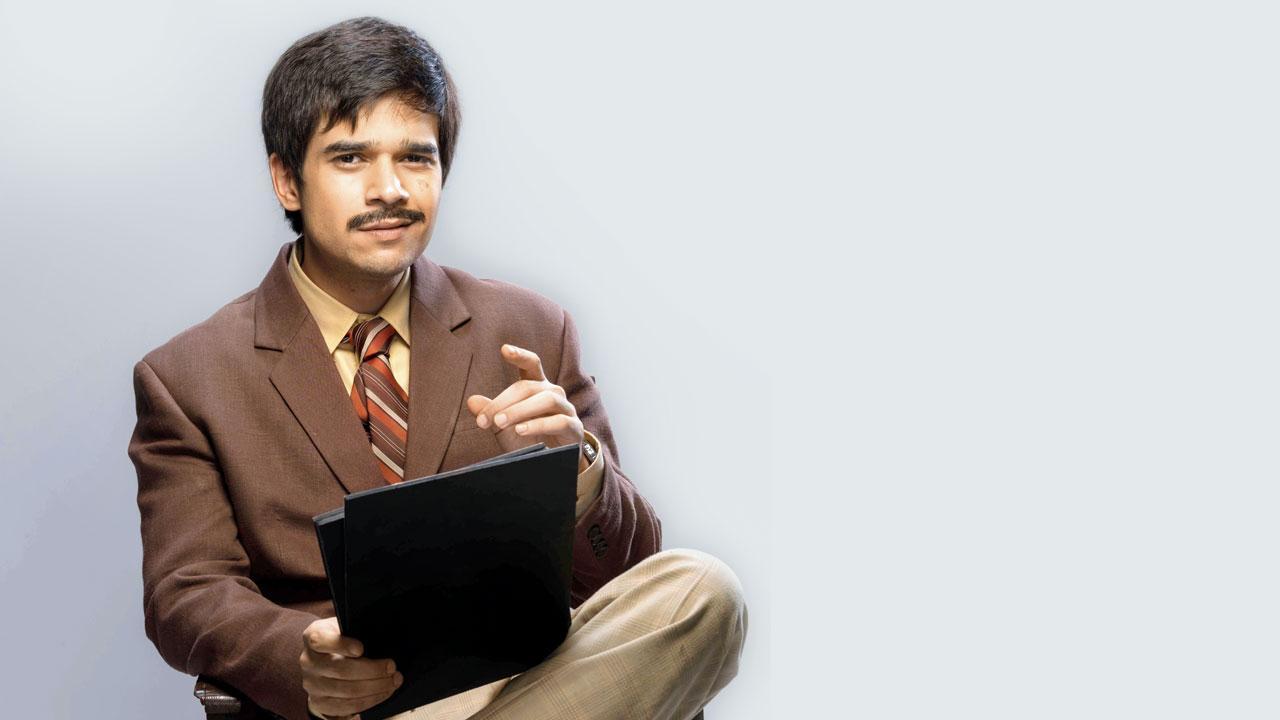 
Vivaan Shah describes theatre as the “last bastion” that has stood its ground. Even as people have traded big-screen releases for the comfort of OTT offerings, the actor notes that audiences continue to step out of their homes to watch their favourite plays. What does he make of cineplays being televised? “It’s an old tradition,” he says, as he features in Zee Theatre’s anthology Koi Baat Chale. For the endeavour, Shah has done a one-act play of his favourite author Munshi Premchand’s Gulli Danda. In conversation with mid-day, he talks about the Seema Pahwa-directed one-act teleplay and how the medium inspires people to take up literature.

What goes into preparing for a one-act play reading?
To do his riyaaz, all an actor has to do is start reading a short story aloud and do a monologue. The process of doing a monologue is like second nature to me. I did a piece called Bade Bhaisaab for my father [Naseeruddin Shah] in a play, which is also written by Munshi Premchand. When Seema ji [Pahwa, director] asked me to do Gulli Danda, I was well-versed in [one-act plays].

Which of Premchand’s stories do you often go back to?
My favourite Premchand story is Shatranj Ke Khiladi, which is about an important transitional phase in the history of Lucknow and the Nawabi culture. It is an interesting satire on the upper classes. Premchand’s [literature] has humour, humanity and social commentary.

Had you read Gulli Danda before venturing into this one-act play?
I had not read it until Seema ji handed me the piece. It is a moving piece that deals with inequality and friendship of two young boys — one belongs to a lower caste, and the narrator comes from a middle-class background. Social hierarchies and inequalities don’t rear their head in one’s childhood because children look at each other purely as  human beings rather than the baggage that adults come with.

Premchand’s stories have influenced generations. But do you think there is an audience for monologues in this generation?
If you go to Prithvi Theatre, there is a crowd of people that go to bookstores to explore varied literary pieces. They are not necessarily people from an English ethos; they come from a world of Hindi literature. The great thing about theatre is that it encourages people to seek out certain pieces of literature, which they previously had not considered for reading. After we did plays by [Saadat Hasan] Manto and Ismat [Chugtai], a lot of young people in the audience sought out those books.

Do you think OTT can affect theatre, the way it affected big-screen releases?
I believe theatre is the one thing that OTT can never affect. What is unique about the theatre experience is the exchange of energies between the performer and audience. It’s the same [feeling] you get at a live music concert. Theatre is probably the last bastion for which people are willing to leave their homes, put their cell phones off and be transported to a different world. It cannot be affected by the OTT revolution.

Your take on televising plays?
Theatrical purists may have mixed emotions about it, but cineplay is an old tradition. In the ’50s US, it was called Playhouse 20s where people telecast live theatre. Henry [Jaynes] Fonda and Sidney Lumet came out of that tradition. After that, in the ’70s in England, the concept of film plays started. King Lear and Othello were performed as cineplays.

Also Read: Felt Naseer bhai would tell me not to make it: 'Kuttey' director Aasmaan Bhardwaj

Next Story : Sushmita Mukherjee: Humour is an extension of me