The family also informed that Wajid died due to cardiac arrest. There has been no mention of coronavirus in the statement. 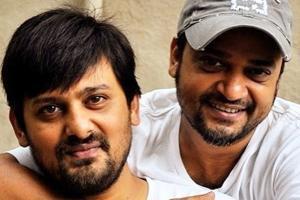 
On Friday, June 5, 2020, the family of late music composer Wajid Khan released a statement following his demise. The statement had expressed gratitude towards the hospital staff for taking care of him throughout the treatment. The family also informed that Wajid died due to cardiac arrest. There has been no mention of coronavirus in the statement.

"Our dearest Wajid passed away at the age of 47 due to a cardiac arrest on 1st of June at 00:30 am in Surana Sethia hospital. He had a successful kidney transplant last year and he was undergoing treatment for a throat infection," the statement read.

"We would like to express our gratitude to Dr Prince Surana who is family and has taken care of Wajid just like a brother would, Dr Prashant Kewle, Dr Kirti Sabnis, Dr Nikhil Jain, Dr Rupesh Naik, Dr Dipen Deole, Dr Aseem Thamba and the entire hospital staff who had been treating Wajid and taking care of him beyond the call of duty and had left no stone unturned for his treatment. We thank each of you for your selfless gestures from the bottom of our hearts," it concluded.

The statement has been posted on the composer brother duo Sajid-Wajid's official Instagram account. Wajid is survived by his wife and two children -- a daughter and a son.

The music composer duo Sajid-Wajid made their Bollywood debut with Salman's 1998 movie Pyaar Kiya Toh Darna Kya. They tasted success with films like Garv, Tere Naam, Tumko Na Bhool Payenge, Partner and the popular Dabangg franchise. Wajid also did playback for Salman in chartbusters like Mera He Jalwa, Fevicol Se and for Akshay Kumar in Chinta Ta Chita Chita from the film Rowdy Rathore, among others. He recently co-composed Salman's songs Pyaar Karona and Bhai Bhai, which the actor released on his YouTube channel. He was laid to rest at Versova Kabrastan in Mumbai.

Not only this, but the brother has also shared many emotional posts on social media. The music composer Sajid Khan wrote, "My brother is a legend and legends don't die." The post had a video along with it where the late music composer is seen playing the piano on his smartphone. Take a look!

Wajid Khan's death shocked everyone in the film industry and many Bollywood celebs took to social media platforms to express their grief and to offer condolences.

In a media interaction, Salim Merchant shared, "He had multiple issues. He had a kidney issue and had a transplant a while ago. But recently he got to know about kidney infection... He was on the ventilator for the last four days, after his situation started getting worse. Kidney infection was the beginning and then he got critical."