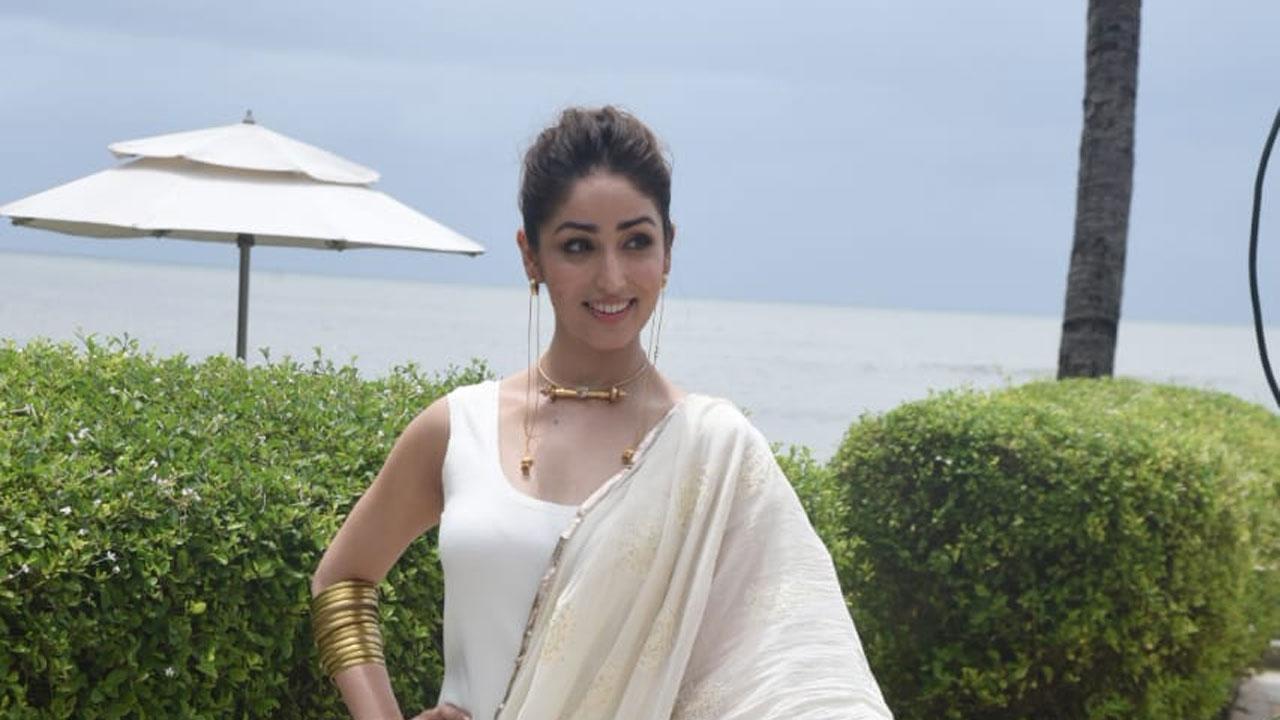 
Yami Gautam is on a roll. She recently tied the knot with her ‘URI- The Surgical Strike’ director Aditya Dhar and is now gearing up for back to back films that include Bhoot Police, Dasvi, A Thursday, Lost, and Oh My God 2. Bhoot Police also stars Saif Ali Khan, Arjun Kapoor, and Jacqueline Fernandez and is a horror-comedy.

The actress stepped out for the promotions of her upcoming horror-comedy and thanked her team for her lovely dress that combined white and gold elegantly. And her caption was just as lovely. Have a look at her post right here:

She shared another post where she posed stunningly and nailed the dress she was wearing on day one of the promotions:

Aforementioned, Gautam and Dhar tied the knot in an intimate ceremony. Talking about her bridal ensemble, the actress wore her mother's 33 years old traditional maroon silk sari with the drape featuring intricate gold work. Meanwhile, it was the blouse that really stood out for us as it had floral motifs all over. Making for the perfect bridal look, her entire ensemble was layered with a matching dupatta which was especially gifted to her by her maternal grandmother (naani). Even though Yami's grandmother couldn't be a part of the wedding celebrations, she sent her blessings to the beautiful couple.

Staying true to her personal style of make-up – subtle and low-glam, Yami chose to do her own makeup and decided to go minimal. Impressively, that not only suited her face but enhanced her beautiful features as well. Simple black khol and red lips with some soft blush made her look timeless and classic. For the unversed, Yami's hair was done by her doting sister Surilie.

Also Read: Yami Gautam celebrates a month of her wedding 'with love and gratitude'