After two years, the world ringed in the New Year with parties with family and friends. With COVID restrictions eased, people ringed in the New Year like pre-covid times. Several Bollywood celebrities were seen flying out of the city to ring in 2023. Ajay Devgn and Kajol's daughter Nysa, Shah Rukh and Gauri Khan's son Aryan Khan celebrated the New year at a party in Dubai. Pictures of the two partying in Dubai with their friends went viral on social media. (Pics/ Vedant Mahajan's Instagram handle) 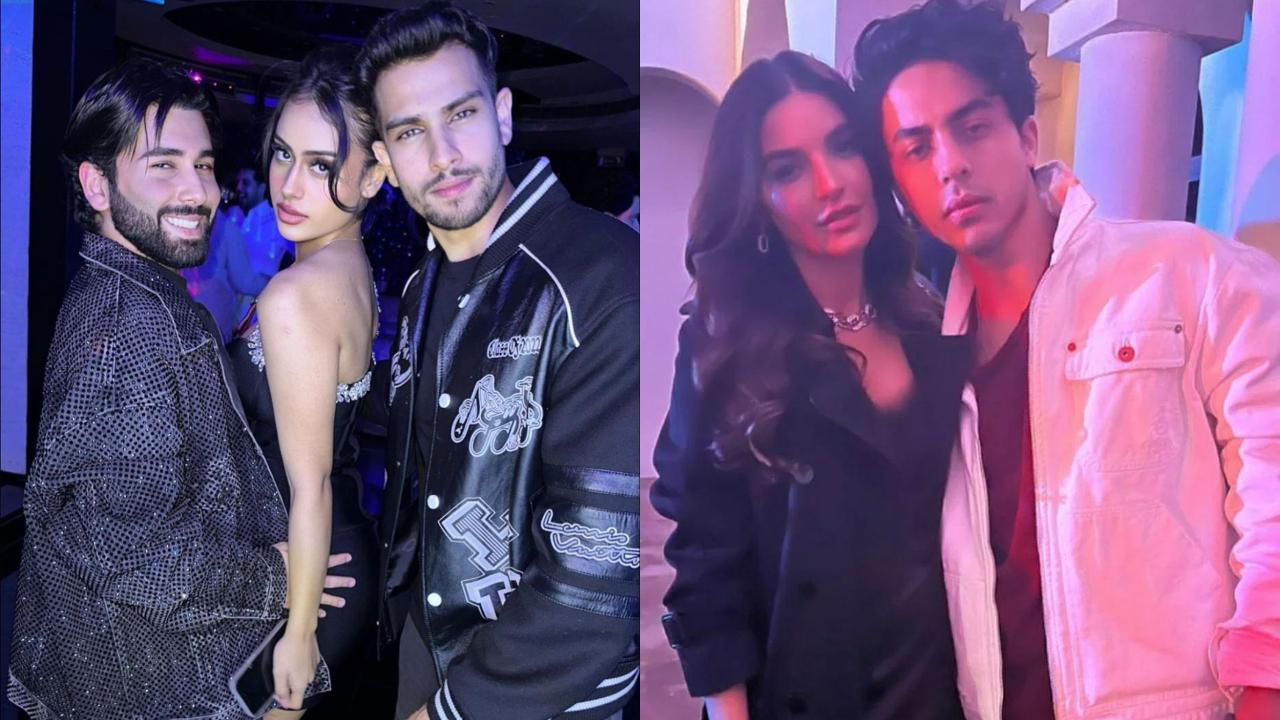 Viral Photos Of The Week 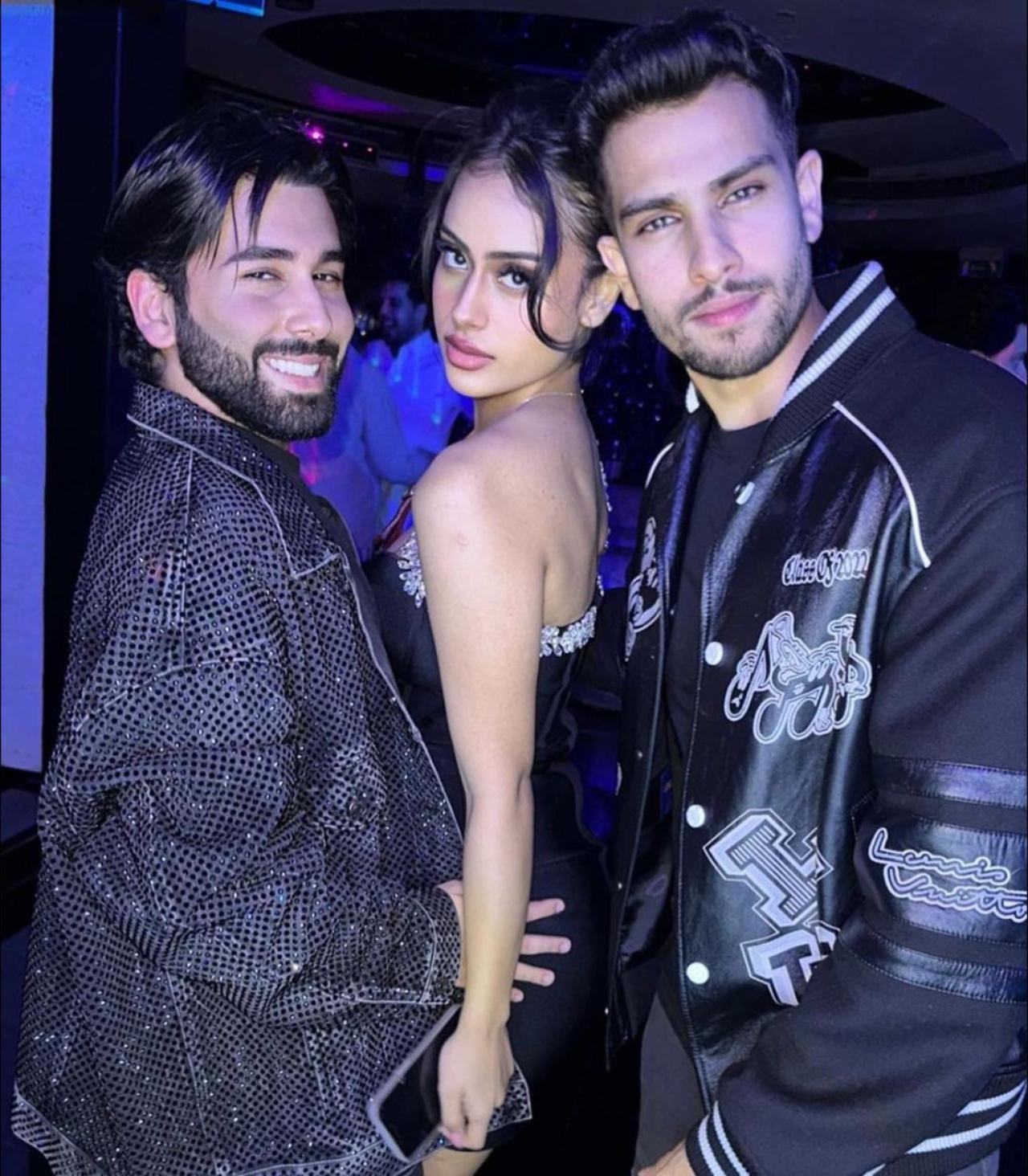 Ajay Devgn and Kajol's daughter Nysa Devgn is becoming a paparazzi favourite. The young one is often seen in the city with her friends. She ringed in the New Year in Dubai and pictures from the party went viral last week 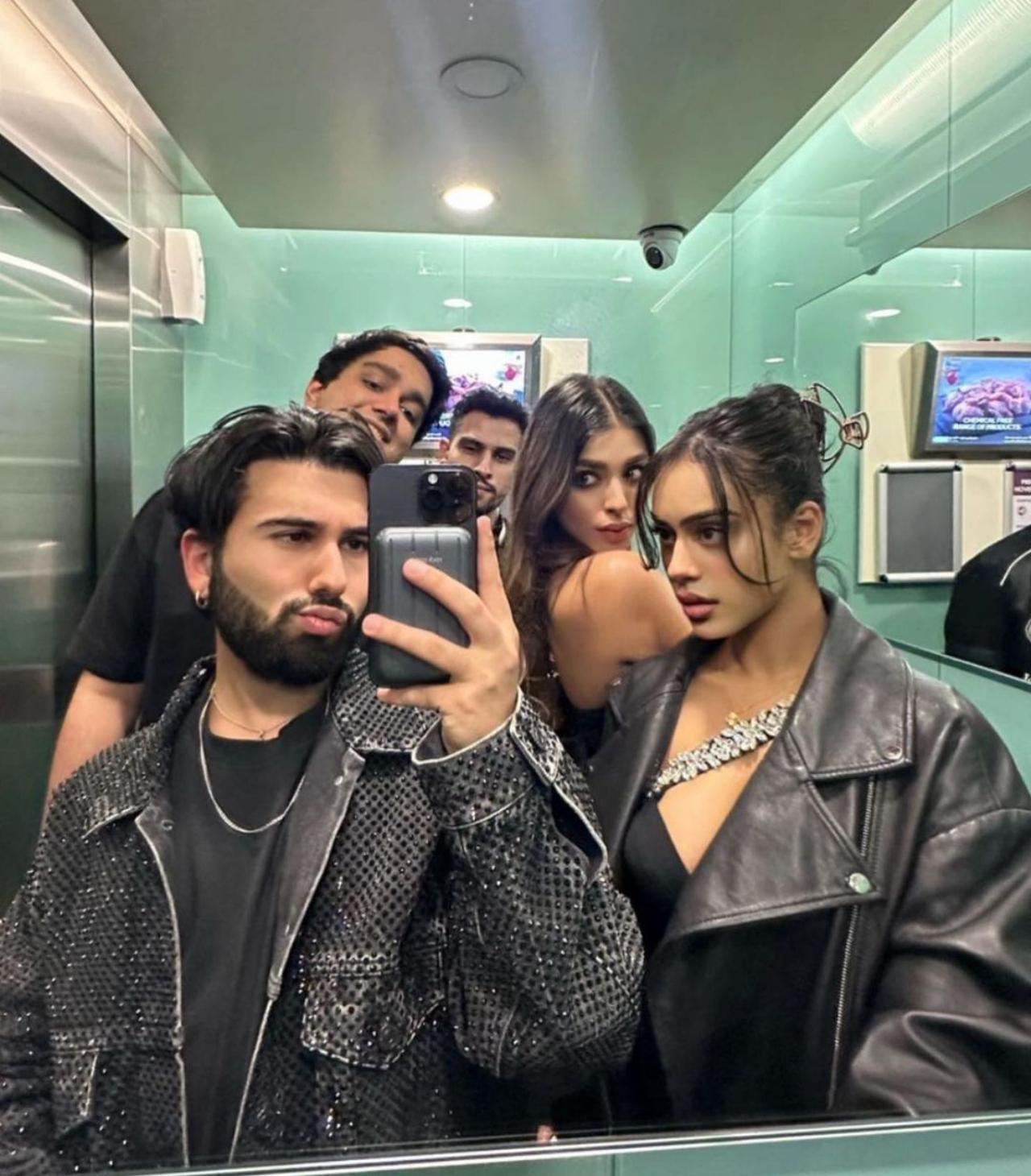 For the party, Nysa opted for an all-black look and was seen striking poses with her friends in pictures from inside the party. She had tied her hair up and opted for dramatic make-up for the night. She is seen posing for a mirror selfie with her friend, Orry 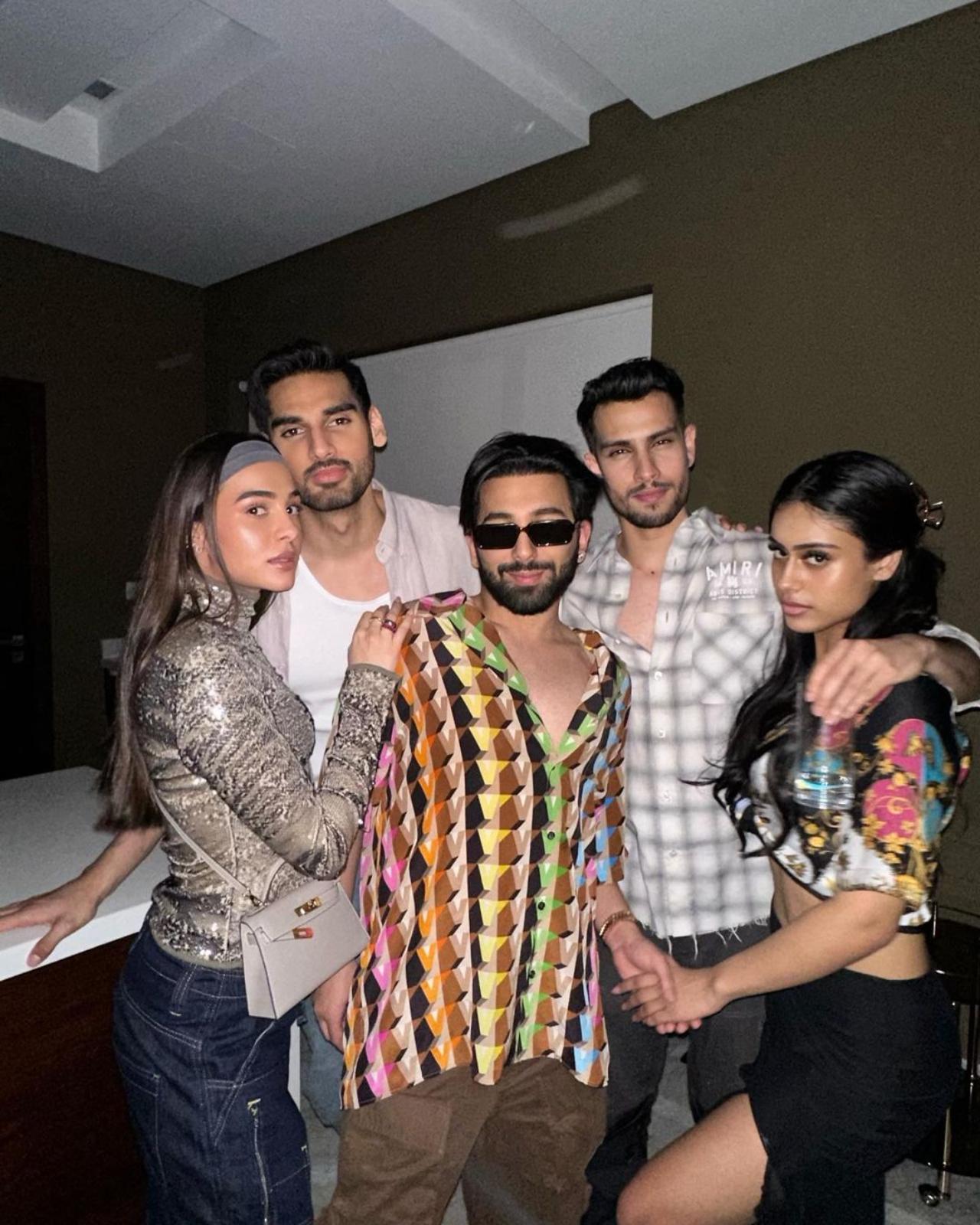 In another picture, Nysa was seen in a multi-coloured crop top and black thigh high slit skirt. The picture also featured actor Ahan Shetty. Ahan and Nysa were previously seen partying in London with their set of common friends 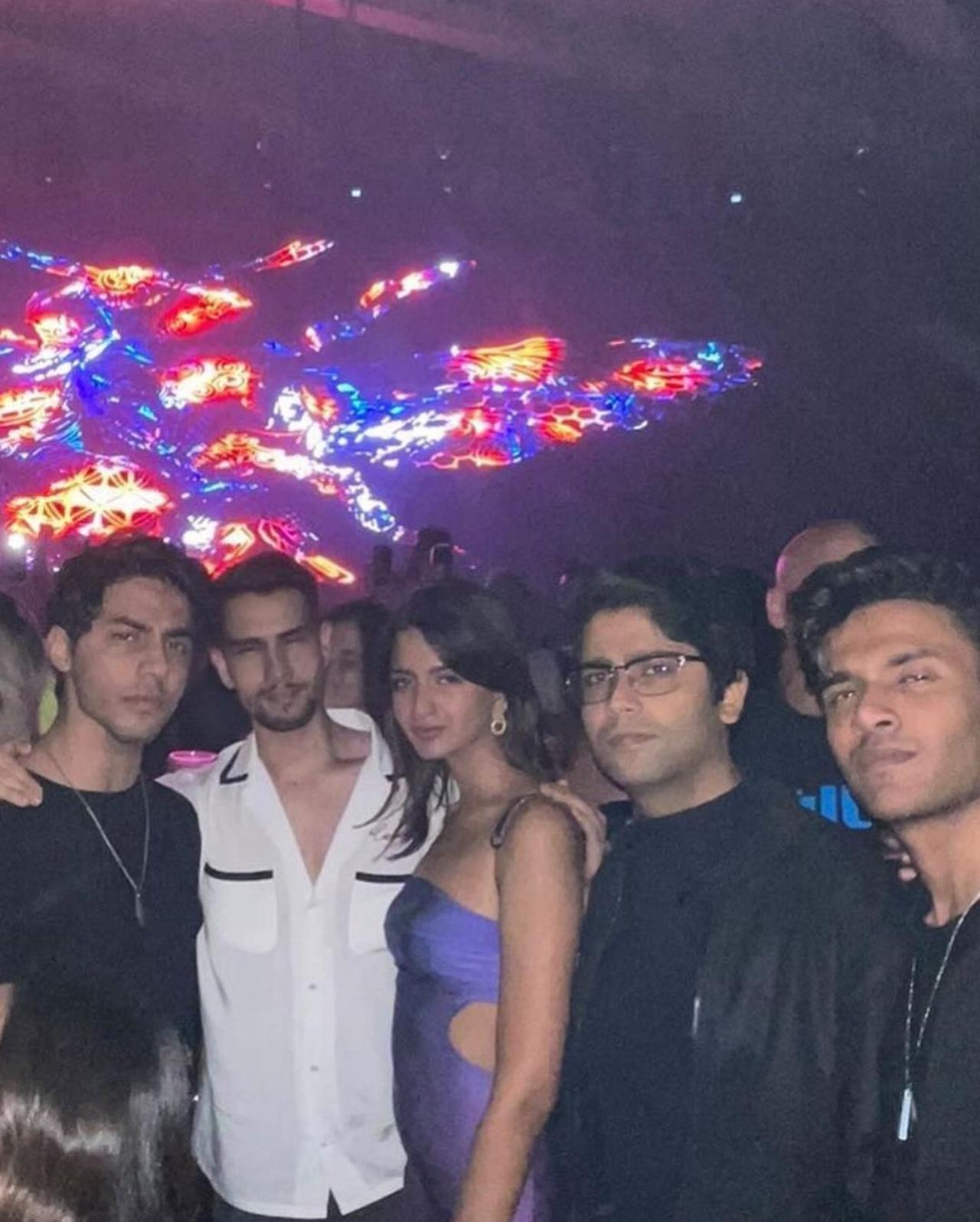 Shah Rukh Khan's son Aryan Khan was also seen at the party. He is seen posing with friends in the above picture. The star kid kept his look simple as he wore a plain black T-shirt 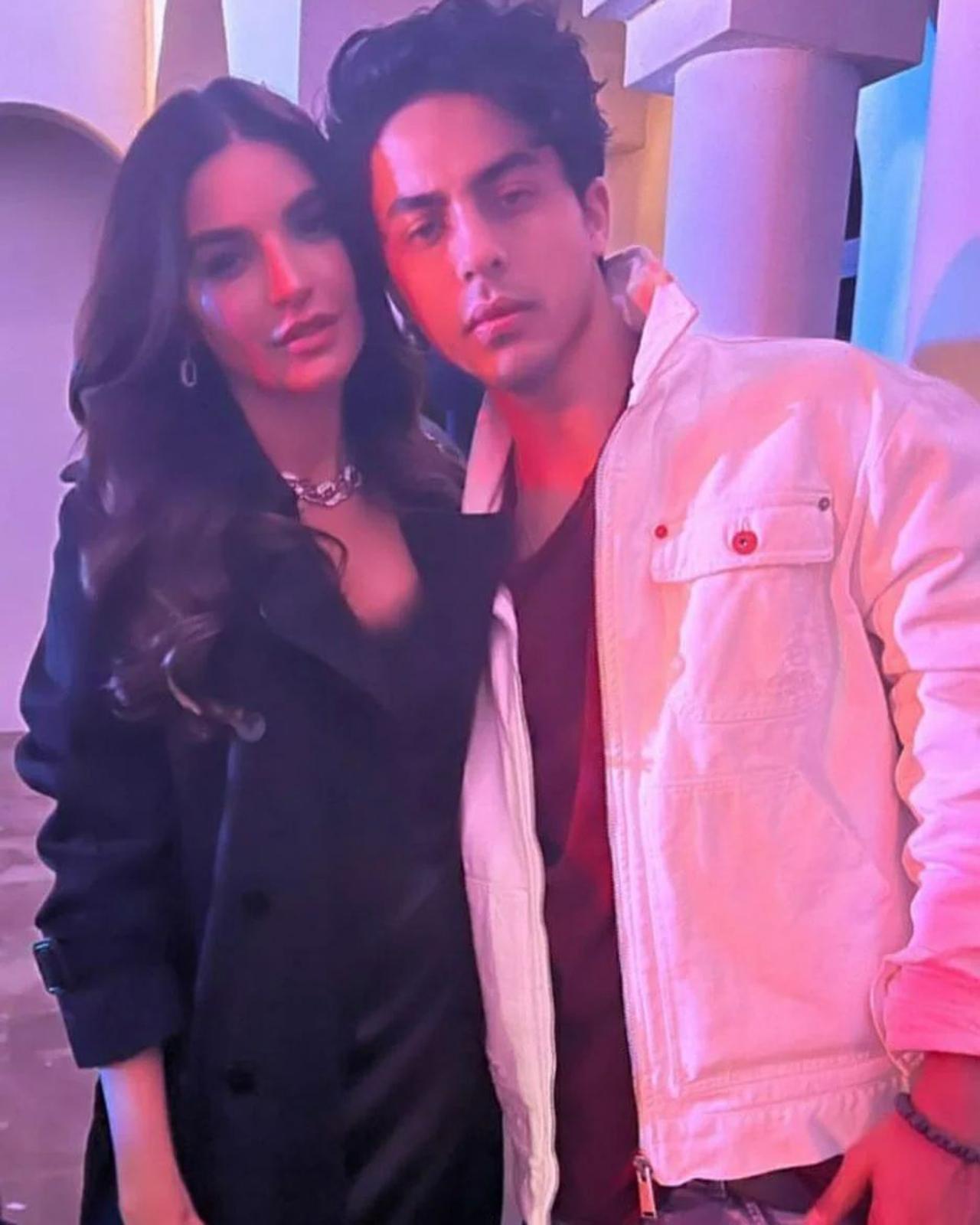 Aryan's picture with Pakistani actress Sadia Khan also went viral on social media. Sadia had shared the picture with Aryan on her Instagram stories. Sadia can be seen in a black outfit whereas Aryan looked dapper in a red t-shirt, denims and white jacket in the photo. "Throwback to New Year Eve", Sadia captioned the photo