While this dedication to the memory of Melissa Mathison (Screenwriter of 'E.T' The Extraterrestrial) may be an appropriate one, it's not necessarily a befitting tribute to her talent. This Steven Spielberg directed adaptation of Roald Dahl's novel centers on the friendship between a lonely orphan and the Big Friendly Giant 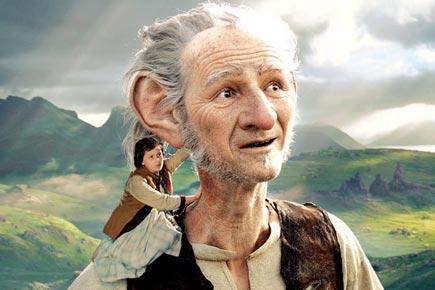 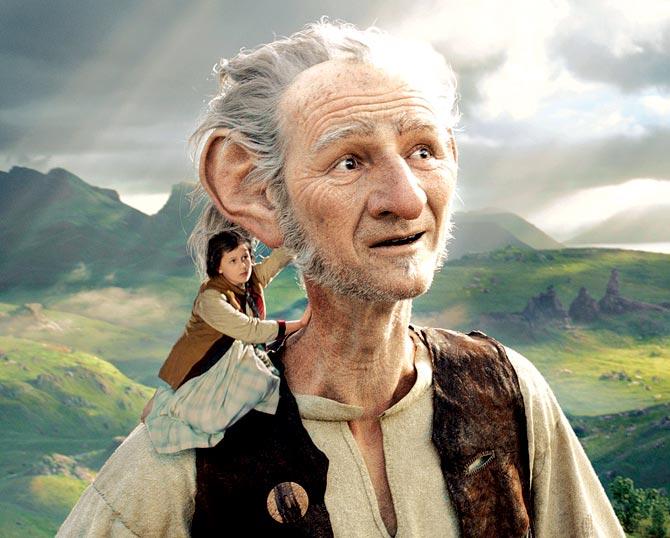 While this dedication to the memory of Melissa Mathison (Screenwriter of 'E.T' The Extraterrestrial) may be an appropriate one, it's not necessarily a befitting tribute to her talent. This Steven Spielberg directed adaptation of Roald Dahl's novel, beloved to children and adults alike, centers on the friendship between a lonely orphan named Sophie (Ruby Barnhill) and the Big Friendly Giant (a motion-capture performance from Mark Rylance), a vegan, who is different from the other giants from Giant country who eat children for sustenance. Sophie and BFG explore and collect dreams and try to warn the Queen (Penelope Wilton) about the threat the other Giants pose. The atypical friendship between the creature and the human child may remind you of a similar relationship in 'E.T' but the filmed experience is just not the same.

And that's because Director Steven Spielberg appears to be missing much of that 'unspoiled big eyed guileless wonderment' that made his earlier work so special. The film begins in a Dickensian backdrop where Sophie, a resident of an orphanage looks out of the window and sees a giant, the BFG wandering the streets. And then the 'King Kong' maneuver takes shape. Sophie gets abducted by the BFG who fears she may expose him- and she is installed in a parallel universe where Giants prevail. So even though Sophie is willing to live on with her abductor/protector , the other Giants pose a grave threat to her very existence there. So Sophie devices a plan to ensure her safety but it involves the BFG presenting himself to the Queen – which he is unwilling to do.

The story plays on languidly and the midpoint aggression displayed by the unfriendly child eating Giants give way to a sort of anticlimactic ending. The structure is not typical in that you never get to feel the urgency or the immediacy of the crisis situation on hand. And the central relationship never develops to a point where you begin to hope for a happy ending. For most of the film's runtime you may be awed by the sheer magnificence of the motion capture technique and the tech-aided-performances thereof but you never really get affected by the plight of the little orphan girl, her struggle to build roots and survive in a world that seems way beyond her cope-abilities. While the relationship between Sophie and the BFG is quite endearing , it's just not a strong enough attachment to make you ache for their eventual plight. The intensity of the experience is quite muted. And that's where Steven Spielberg appears to have missed the bus.

Giants, dreams and sweeping landscape make it engaging enough but the overall experience is well short of exciting. The film doesn't have much by way of events or characters to power it through it's near two hour runtime. When BFG takes Sophie to Dream Country and shows her around, Janusz Kaminski's camera generates beautiful imagery but the experience feels hollow. And the sequence at Buckingham palace feels extended without being meaningful. Sophie, though spunky and imaginative , has to play victim for way too long before she gains her friend and begins the machinations to secure her new environment. And we don't really get to know what her thoughts are through the whole process. Also the CGI and Live action is not as beautifully seamless as expected from the master of fantasy. The spectacle of BFG's world is imaginative enough but the story doesn't really grow on you and the build-up is entirely botched. While this is not a bad movie by a lesser director's standards, it just does not live up to the standards set by Steven Spielberg (during his heyday) himself. Also Reliance Entertainment's attempt to give this movie a wider exhibition span in the Hindi belt with it's Hindi dubbed version, is quite a curious one-especially since there's not much action or humor to derive earthy attachment from.