Avengers: Endgame marks the start of a new chapter 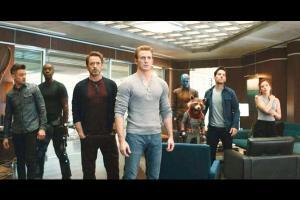 The 22nd culminating offering of Marvel's long-running Avengers series, Avengers: Endgame has broken records on Indian turf by becoming the highest-grossing film this year. At Rs 260 crore, the Joe and Anthony Russo's superhero offering has outshined record-holder Uri: The Surgical Strikes, which earned Rs 244 crore. Interestingly, the Hollywood film has achieved the feat within a week of its release and is still running strong in cinema houses.

Trade analyst Amod Mehra suggests that the film is rewriting box office history in India. "There is no stopping this film. Given the ongoing summer holidays, big numbers are expected [even over the upcoming weekend]. I won't be surprised if the film manages to cross Rs 350 crore," he says, adding that with the next big release, the Tiger Shroff-starrer Student Of The Year 2 still a week away, Avengers: Endgame will enjoy an extended run.

With the makers employing new-age technology to make the viewing an immersive experience, trade smith Girish Wankhede says fans are not settling at one watch. "People who have watched it in 3D want to catch it again in IMAX. The makers have also released the film in 4DX. Also, the movie has a repeat value. People who haven't watched the previous instalments are still curious to catch this one," he says.

Also Read: This is what Avengers: Endgame actors were paid for the films