Written and directed by Gina Prince-Bythewood, The Old Guard was released on July 10 and is among the most popular movies to ever hit the streaming platform. 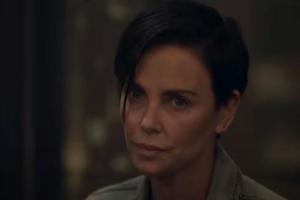 
Hollywood star Charlize Theron says though Netflix is yet to greenlight the sequel to her latest film The Old Guard, the team will pick up the conversation when it is the "right time". Written and directed by Gina Prince-Bythewood, The Old Guard was released on July 10 and is among the most popular movies to ever hit the streaming platform.

The action drama, which has been praised for its stunning female-led action sequences and background score, is on track to reach 72 million households in its first four weeks, Netflix recently said. Reacting to the movie's response, Theron told Variety, "It's pretty nutty, right? It's pretty crazy." In the film, the 44-year-old actor starred as Andromache the Scythian heading a group of immortals warriors fighting for justice. Based on the comic book series by Greg Rucka and illustrator Leandro Fernandez, the film also featured KiKi Layne, Matthias Schoenaerts, Chiwetel Ejiofor, Marwan Kenzari, Luca Marinelli, Harry Melling, and Van Veronica Ngo.

The climax of "The Old Guard" props the film for a second part, but Theron said they will begin work on the sequel after a "little resting period". "We're still pushing this one out. Let's have a little resting period, but just given the fact that all of us really want to do it, I'm sure when it's the right time, we'll start the conversation," she added. Theron also produced the action drama through her company Denver and Delilah, alongside Skydance's David Ellison, Dana Goldberg and Don Granger. The actor recently said she is taking a break to spend some time with her children.

Next Story : Miley Cyrus has 'shady side eye' for those not wearing masks