The New York Times bestselling author shared that the cover of his book represented his face "after being told that I have ten minutes to live. 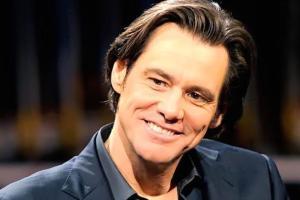 
American-Canadian actor Jim Carrey recounted his terrifying experience while in Hawaii during the false missile alarm two years ago. According to The Hollywood Reporter, the 58-year-old actor joined Jimmy Fallon on 'The Tonight Show' on Thursday night (local time). The New York Times bestselling author shared that the cover of his book represented his face "after being told that I have ten minutes to live."

The 'Bruce Almighty' star went on to explain that two years ago he was in Hawaii with his daughter while writing when his assistant called him crying to inform him about the missile believed to be headed toward the island and that they had "ten minutes left." He told Fallon, "My brain started winding."

After unable to get off the island with his daughter, Carrey recalled thinking "I don't want to die in my car." He then said he had a moment where he just "looked out at the ocean" and thought what he could do with "the last moment of my time." Carrey said, "I just decided to go over a list of gratitudes... I could not stop thinking about wonderful things that have happened to me and blessings that I've had," adding that "it was lovely" and he finally "got to a point of grace with two minutes to spare" when he learned the missile was a false alarm.

"All I was planning to do was close my eyes and be thankful cause it's been a good ride," he revealed.

In 2018, chaos had ensued after the state of Hawaii's emergency alert system-wide sent a text that read: "Ballistic missile threat inbound to Hawaii. Seek immediate shelter. This is not a drill." With people left in fear, a second alert was sent 40 minutes later clarifying that the original warning was sent in error because an employee pressed the wrong button.

Next Story : Best movies by Benedict Cumberbatch to binge-watch amid lockdown