'The Flash' will introduce concept of the multiverse: Ezra Miller

It is because of the concept of the multiverse that Michael Keaton and Ben Affleck will make an appearance as Batman in the film. At the virtual gala, the team showed concept art for the characters new and improved suit. 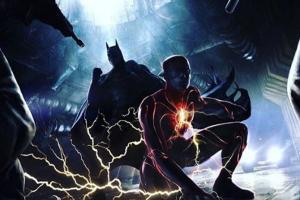 
Actor Ezra Miller brought out the first glimpse of his upcoming film, "The Flash", and said that the superhero movie will delve into the concept of the multiverse allowing other heroes to interact in one narrative.

It is because of the concept of the multiverse that Michael Keaton and Ben Affleck will make an appearance as Batman in the film. At the virtual gala, the team showed concept art for the character's new and improved suit.

"This film is immensely important because if you look around at the DC universe you have all these characters who exist in their own bubbles," said Miller, who portrays the role of speedster Barry Allen.

"We even have multiple iterations of the same story. By opening that (multiverse) door, all of these stories and characters can start to collide. It blows our minds the level of possibilities that exist with this character and this story," he added.

The film deals with time travel, with Allen attempting to right the wrongs of his past, which saw his mother getting murdered and his father getting jailed.

"He is someone who has the power to change the events of the past, but by doing so, can deteriorate the fabric of the space-time continuum," said Muschietti, who promised a film that will deliver both heart and humour.

While talking about the themes of the movie, he said: "It's a time travel story, which is very exciting. He's someone who has the power of changing the events in the past but in doing so can change the space-time continuum."

The filmmaker also revealed the first concept art for the film, which showed a new suit built by Bruce Wayne.

"All of these stories and characters can start to collide," said Hodson, adding, "the cinematic multiverse is going to be born out of this movie".

Muschietti even teased the idea of crossing Barry Allen into the world of "Game of Thrones", and Allen on the coveted Iron Throne.

Soon, Miller got attached to the movie and the character was first introduced in 2017's "Justice League".