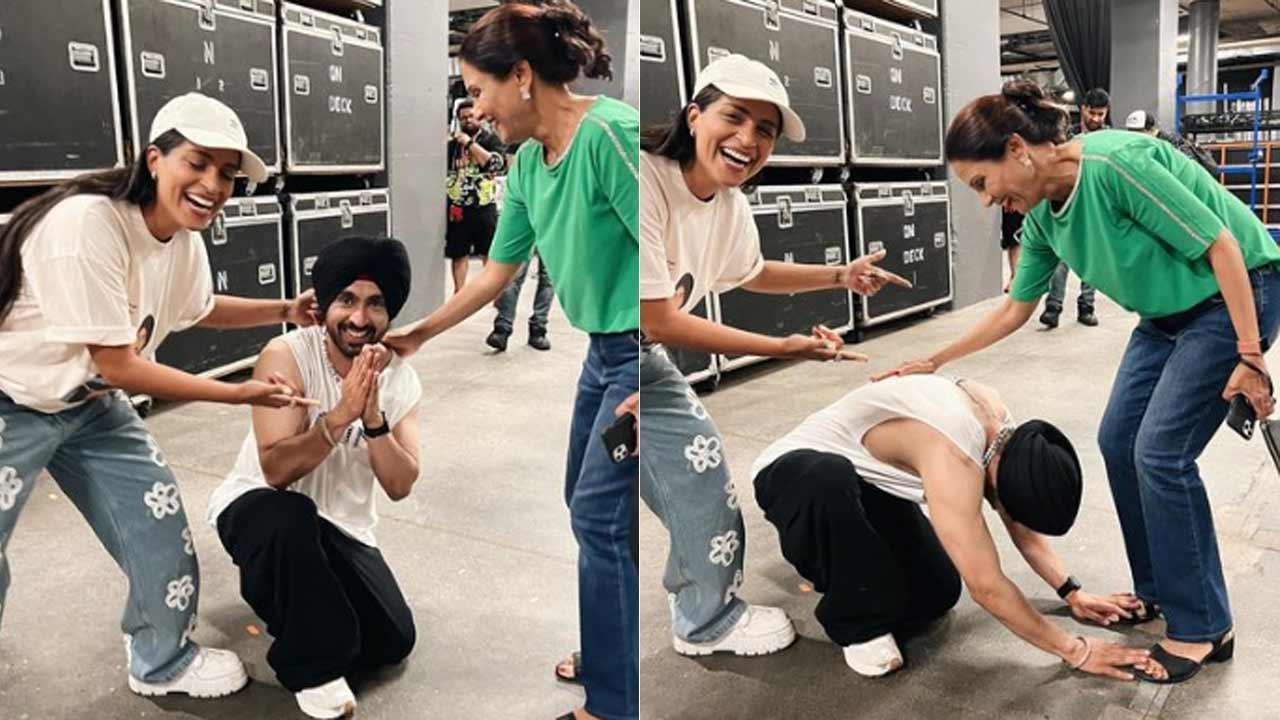 
Diljit Dosanjh recently hosted celebrity influencer and YouTuber Lilly Singh and her mother - Malwinder Singh at the Toronto concert. But what caught everyone's attention was Diljit's sweet gesture towards the Singh family. Photos of Diljit touching Malwinder's feet have already taken over the internet.

As soon as Diljit met Lilly's mother backstage, he quickly touched her feet to seek blessings ahead of his concert. Lilly later took to her social media to share the pictures from backstage where Diljit can be seen falling at Malwinder's feet as the three share a hearty laugh in pictures.

Lilly, who was wearing a t-shirt printed with Diljit's face, shared another picture in which the singer had his head bowed down and his hands on her mom's feet. Lilly's mom patted Diljit's back as she gave him her blessings.

Captioning the set of pictures, the YouTuber shared how meeting Diljit used to be one of the goals on her vision board in her childhood.

She wrote: "Anything for my mama (red heart emoji) shoutouts to the homie @diljitdosanjh for hosting my entire aunty squad at his show last night. As soon as Diljit came off stage and saw my mom and me, he dropped down for a blessing and my mom was a SIGHT TO SEE."

Also Read: Diljit Dosanjh’s next to release in theatres