Squid Game tells the story of cash-strapped individuals competing in children's games for a chance to win a large sum of money but for the losers, death is the only option 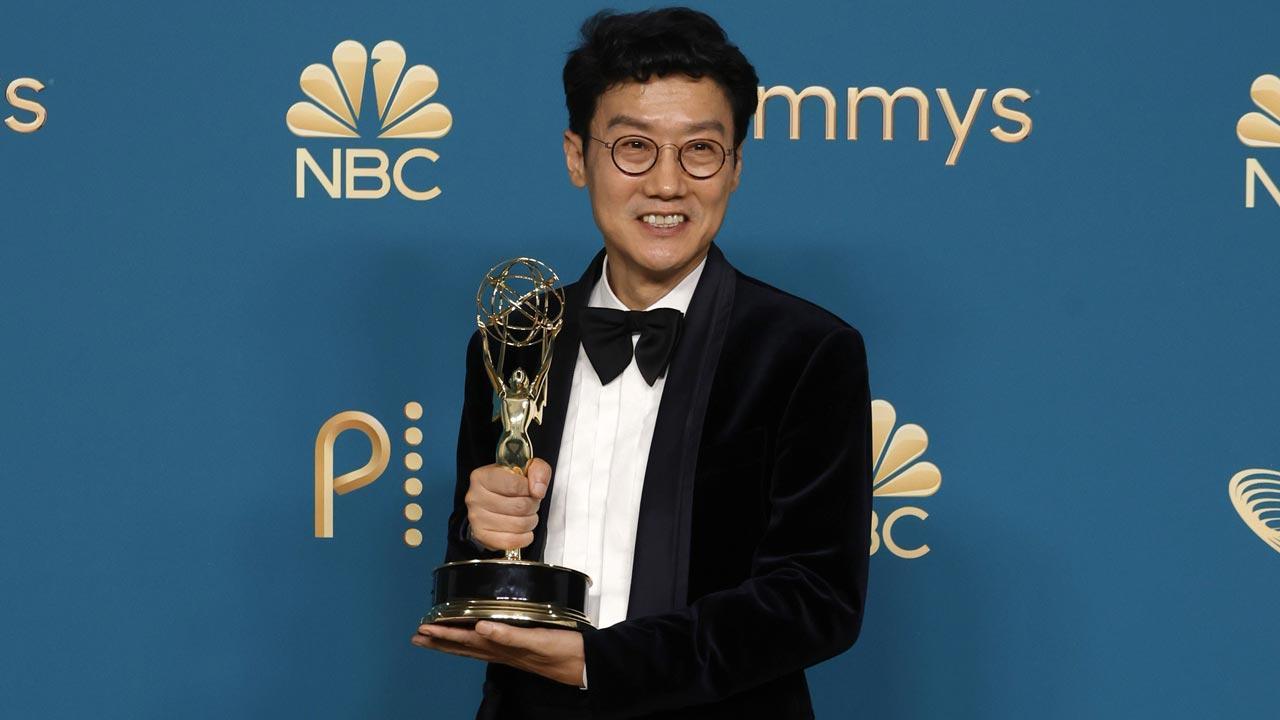 Hwang Dong-hyuk, winner of Outstanding Directing For A Drama Series for "Squid Game", poses in the press room during the 74th Primetime Emmys at Microsoft Theater on September 12, 2022 in Los Angeles, California. Pic/AFP


And the winning streak for 'Squid Game' continues. The show's creator Hwang Dong-hyuk was awarded best director at the Emmys 2022 on Tuesday morning. After accepting the award, Hwang in his acceptance speech said he hoped "this Emmy won't be his last," CNN reported. "On to season two," he told the audience.

'Squid Game', which became the most watched show of all time on Netflix following its September 2021 debut, is the first non-English-language show to be nominated in the main drama category. In total, the show got 14 nominations this year, as per E! News. Squid Game tells the story of cash-strapped individuals competing in children's games for a chance to win a large sum of money but for the losers, death is the only option.

Earlier this year, the makers announced the second season of the Korean thriller show. Posting a note by Squid Game's writer, director, producer, and creator Hwang Dong-hyuk, Netflix shared the news with the fans. In the first tweet, Netflix announced the news saying, "Red light... GREENLIGHT! Squid Game is officially coming back for Season 2."

In the same thread, Netflix shared the director's note for the fans. The post was captioned, "Hwang Dong-Hyuk writer, director, producer, and creator of @squidgame has a message for the fans: The message reads, 'It took 12 years to bring the first season of Squid Game to life last year. But it took 12 days for Squid Game to become the most popular Netflix series ever.

As the writer, director, and producer of Squid Game, a huge shout out to fans around the world. Thank you for watching and loving our show. And now, Gi-hun returns. The Front Man returns. Season 2 is coming. The man in the suit with ddakji might be back. You'll also be introduced to Young-hee's boyfriend Cheoul-su."

Next Story : Here's the full list of Emmy 2022 Winners