The makeup mogul shared a carousel of photos of herself and Pete soaking in the tropical sun. In the pictures, Pete can be seen flaunting his 'My girl is a lawyer' tattoo as he clicks a picture of himself with Kim in the background standing on a boat 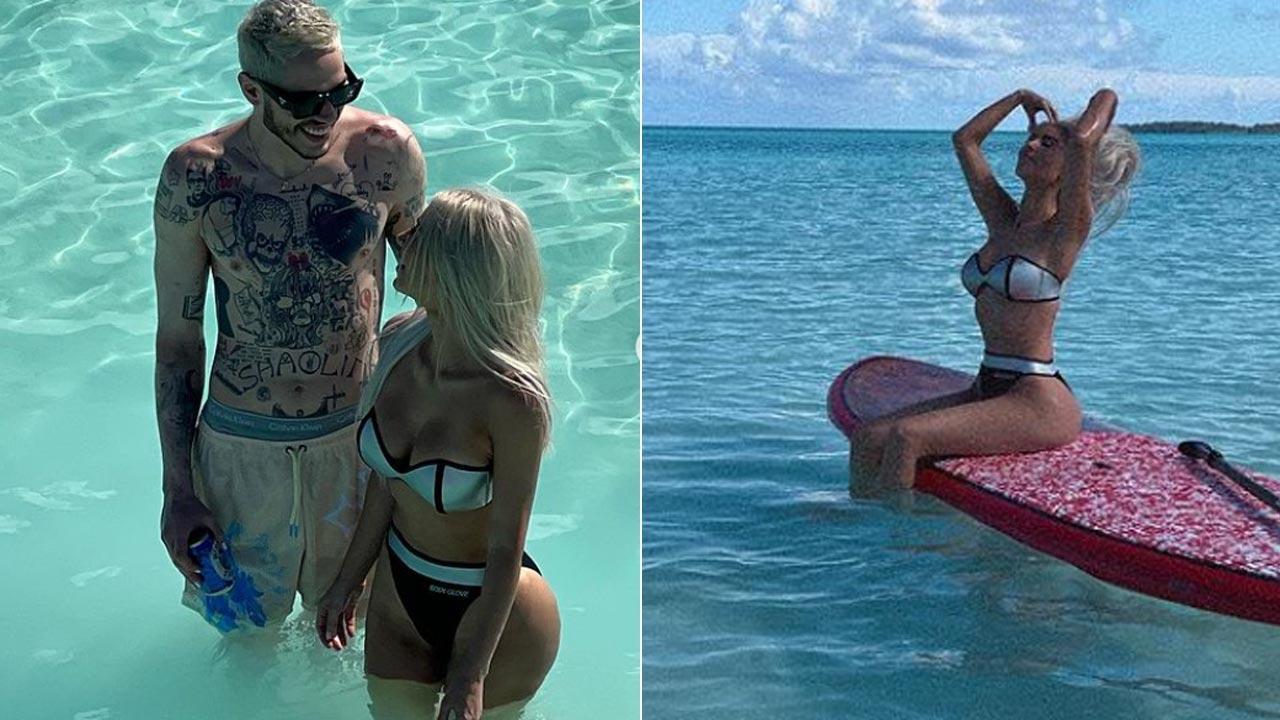 
Hollywood celebrity Kim Kardashian, who is currently vacationing on an island, has shared new pictures with beau Pete Davidson, making netizens go gaga over them all over again!

The makeup mogul shared a carousel of photos of herself and Pete soaking in the tropical sun. In the pictures, Pete can be seen flaunting his 'My girl is a lawyer' tattoo as he clicks a picture of himself with Kim in the background standing on a boat.

The couple is seen enjoying their time in the ocean. In one of the pictures, the duo is also seen looking into each other's eyes and smiling.

Kim Kardashian donned shimmering silver and black bikini, while Pete went shirtless, wearing white shorts. Kim captioned her picture 'Stranded' as she posted glimpses of them in the blue waters.

Fans couldn't help but shower the couple with compliments. An Instagram user wrote, "I'm glad she found someone to do the simple things with (heart emojis)".

Another fan pointed out how the Reality star is glowing with happiness and wrote, " You're happier than ever Kim"

Another one wrote, "Loving this for you kimmyyyy".

In a post shared earlier this week, Kim gave the first glimpse of their vacation. Both Kim and Pete wore all-black holiday fits as they posed for mushy pictures together. Kim wrote, "Beach for 2" as the caption. Kim wore a sizzling black bikini as she was seen cosying up with Pete in the waters.

The couple started dating in November last year. She confirmed her relationship with Pete on Instagram in March this year. Since then, she has been posting romantic photos with the comedian on social media. The couple even attended the Met Gala together.

Next Story : Al Pacino wants to see Timothee Chalamet take over his role in 'Heat' sequel