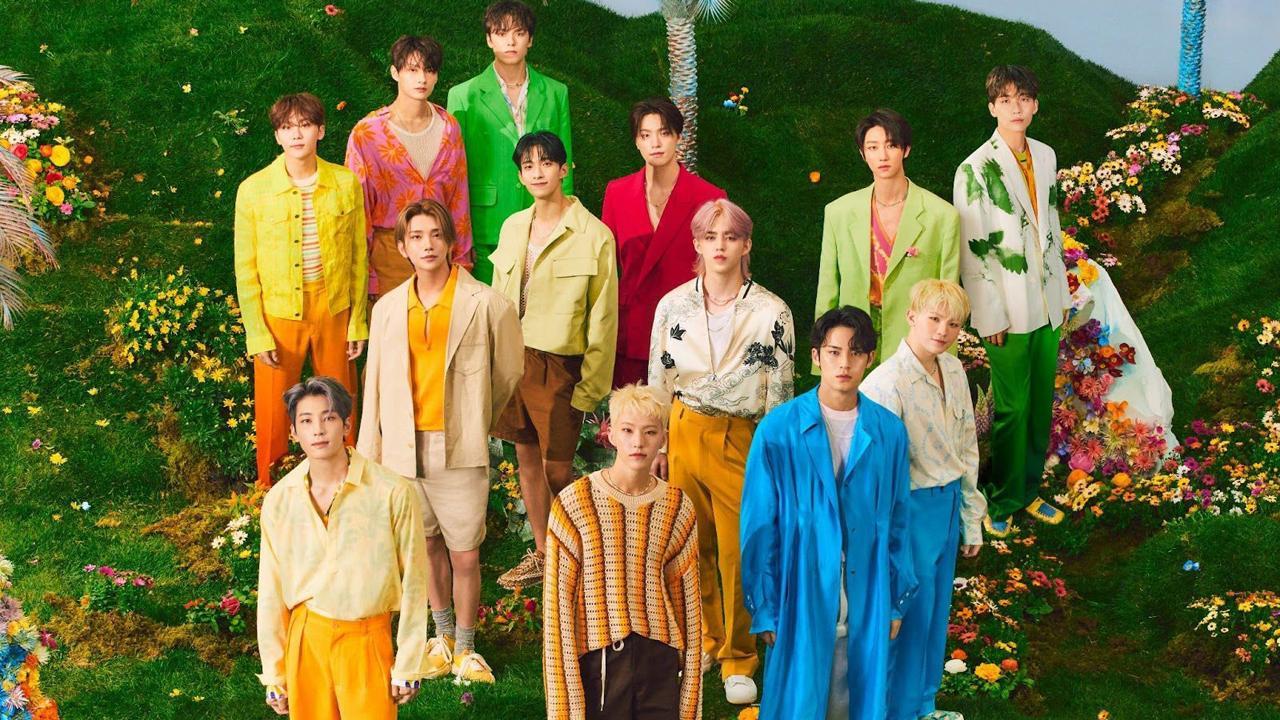 Sector 17 is a repackage of Seventeen’s 4th studio album Face the Sun. Following the story of embracing their own ‘shadows’ in Face the Sun, the new album trails the powerhouse act as they set foot in an idyllic new world, past all boundaries previously set by their own fears and darkness.

The lead single “_WORLD” is an urban R&B track that lyrically captures the endearing promise to give their loved one the world. The single also acts as a sequel to 'Ash,' the final track of Face the Sun. After leaving nothing but ashes of their ‘shadows’ behind in 'Ash,' Seventeen  bring themselves and their listeners into a new world of boundless potential named ‘Sector 17.’ The underbar that prefaces the title serves as an invitation to the listener to also imagine and define their own ideal world with no limits.

The new album features 4 new tracks in addition to the 9 tracks from Face the Sun. Including “_WORLD” and the new unit track 'CHEERS' unveiled ahead of the album, 'Circles' and 'Fallin’ Flower (Korean Ver.)” complete the album that unpacks the band’s hope and aspirations for what lies ahead.

On the day of the the album release, S.coups, Hoshi and Woozi—the leaders of the act’s Hip-hop, Performance and Vocal units respectively—will also present their very first live performance of the unit track “CHEERS” on MTV’s YouTube channel as a part of ‘MTV We Speak Music’ at 7:30 PM IST.

The new album arrives as the 13-piece act blazes through multiple milestones in their career, including their first Billboard 200 Top 10-charting album and becoming the second K-pop artist to rack up over 2 million album sales in the first week of release following BTS. The performance powerhouse is also set to kick off the North American leg of their world tour ‘BE THE SUN’ in Vancouver on August 10.

Next Story : Ryan Gosling on The Gray Man: It’s meant to be an escapist film