'The Conjuring: The Devil Made Me Do It' Movie Review: Even the Devil might not care

Chaves who has “The Curse of La Llorona” to his credit, puts forward a workmanlike franchise instalment replete with half-hearted jump scares, creaky surfaces, grating sounds and creepy atmospherics 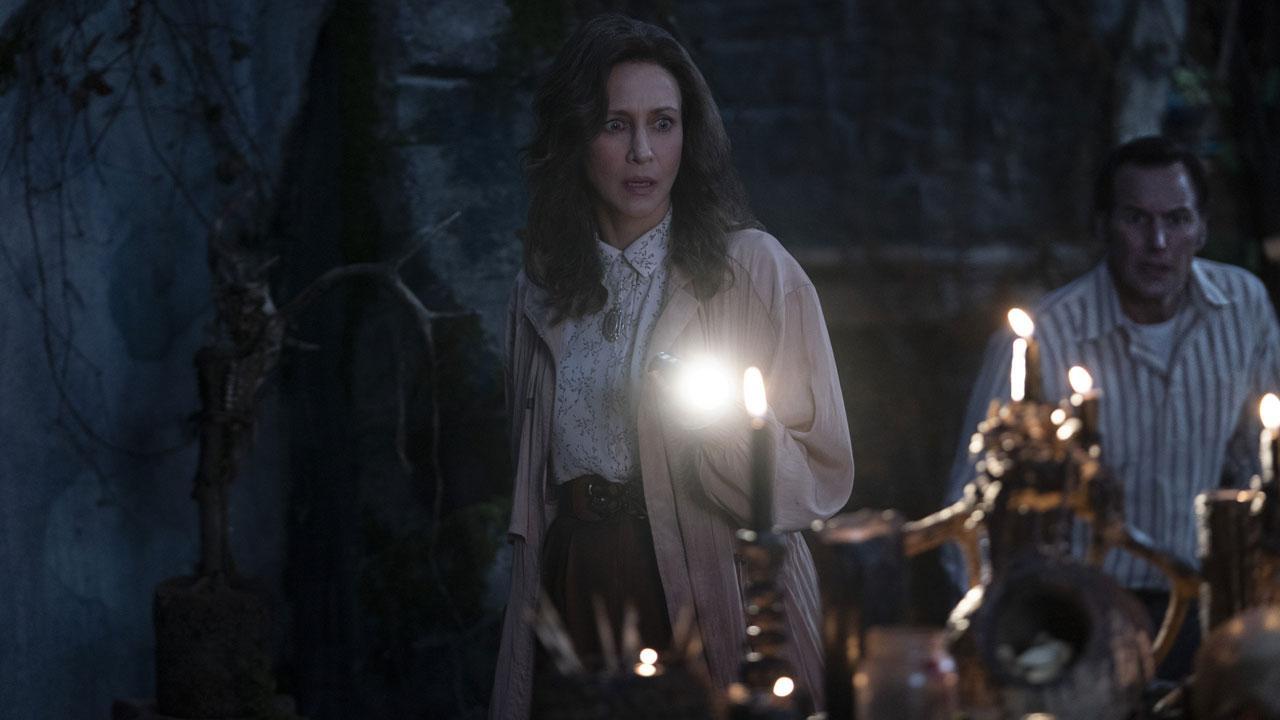 A still from 'The Conjuring: The Devil Made Me Do It'; picture/PR

Based on a true story and taken out of Ed (Patrick Wilson) and Lorraine Warren’s (Vera Farmiga) files, this latest instalment of ‘The Conjuring’ franchise aims to be more sensational and thereby frightening - but the elements and the mechanics don’t change much from the stereotypical pattern of the earlier series’ instalments. The legendary Paranormal investigators Ed and Lorraine are now fighting for the soul of a young boy but it’s not as simple as even they imagined it to be. What starts off as an exorcism takes them beyond anything they've experienced before, unfurling dark, demonic intrigue that puzzles their own extensive understanding of the paranormal and satanic.

Chaves who has “The Curse of La Llorona” to his credit, puts forward a workmanlike franchise instalment replete with half-hearted jump scares, creaky surfaces, grating sounds and creepy atmospherics. It’s 1981, when the exorcism of the adolescent David Glatzel (Julian Hilliard) leaves David’s sister Debbie’s (Sarah Catherine Hook) boyfriend Arne Johnson (Ruairi O’Connor) possessed. Arne commits a horrific murder and it’s up to Ed and Lorraine to find out the source and nullify it’s power before it can claim its next victim.

Despite some great effects and wonderful camerawork by cinematographer Michael Burgess there’s little to cotton on to here. The ritualistic elements, witchcraft and symbolism are all there and they go hand in hand with the fool hardy adventurism of the lead couple who rush from one possession to another in their attempts to unravel the source of the demonic acts of violence that suddenly surface in small-town America. It would have indeed been interesting and far more invigorating to experience the courtroom drama that was significant because of its primacy in using the claim of demonic possession to defend a horrific murder – but that is not the main thrust here. Director Michael Chaves prefers to go the much overused route and drum up mild scares through creepy, dark, ominous subterranean wanderings and stretching the limits of body contortionism. Patrick Wislon and Vera Farmiga are formidable as the lead investigators and give-off a great vibe as concerned religionists wanting to save peoples souls. But for them, this film wouldn’t be half as interesting. In the overall analysis, Chaves’ effort is far too generic even for the horror movie fans to be gung-ho about!

Next Story : 'The Green Knight' Movie Review: Artistic, but far too enigmatic!