Jungkook was heard singing in the background 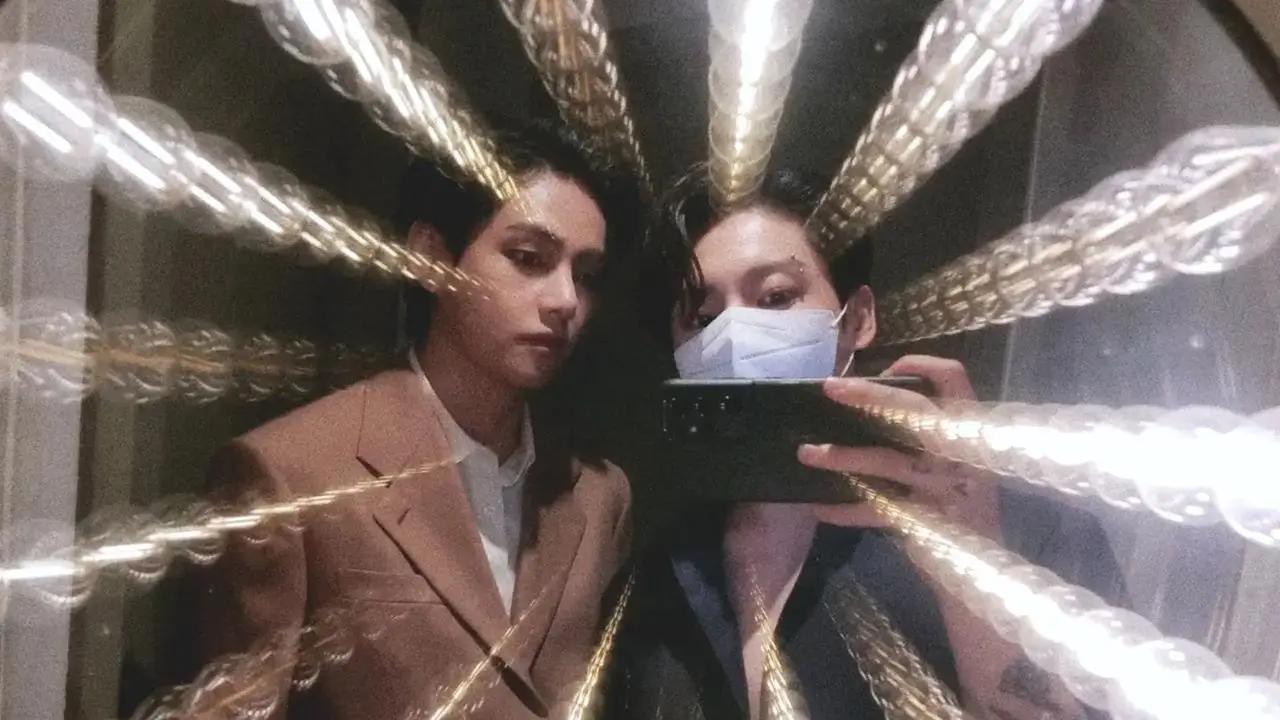 
BTS's vocalist Taehyung aka V surprised fans with a V Live fan chat as he dropped to give fans New Year wishes. He said that he was at home and had some friends over, including group mate Jungkook. Another surprise was Jungkook was singing in the background.

Taehyung also revealed that Jin who had enlisted in the military last December had contacted him. He said that Jin is doing well and working hard. He wrapped up the chat by saying that it would look rude if he had an extended V Live session while his friends were with him.

Meanwhile, Jungkook who had been missing from social media in December, made his big return on Monday with bedtime tips for fans. Jungkook had posted a brief happy new year wish for fans earlier this month.

Speaking about his sleep habits he shared, "I usually have my room at the ideal temperature. I can’t sleep if it’s too hot or too cold. Don’t sleep right after eating. It’s really bad for your stomach. Relax for a moment and slowly fall asleep." He added that he doesn’t wear pajamas but comfortable clothes instead and his favourite sleeping position is on his back always wakes up on his stomach."

The others BTS members have been travelling, Park Jimin announced that he has returned to South Korea after attending the Paris Fashion Week with J-Hope, as a global ambassador of Dior. His other group member Min Yoongi aka Suga left for Paris today to attend Valentino's Haute Couture show. The rapper was announced as Maison's latest Brand Ambassador and Valentino DiVas.

taehyung is so pretty pic.twitter.com/N9jVqGlguA

Next Story : Monday Motivation! How Jackson Wang gets his swag