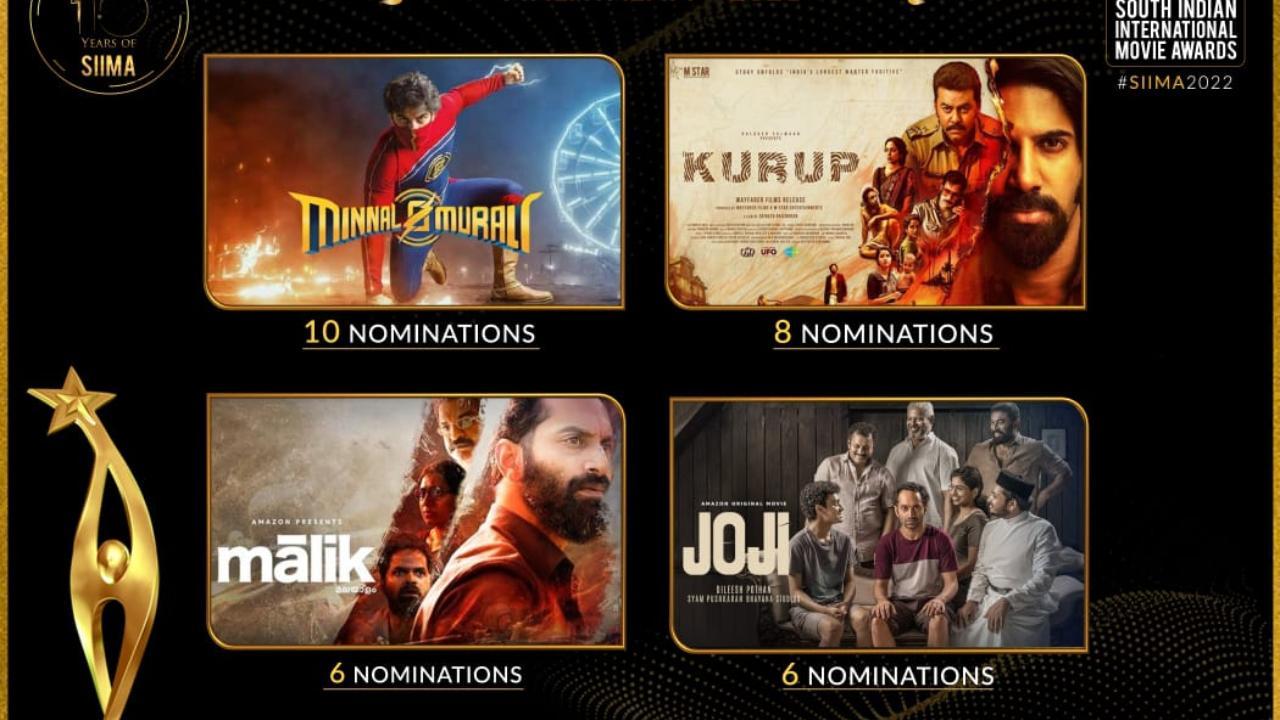 
South Indian International Movie Awards (SIIMA) is the largest and the most viewed film awards show in South India and enjoys over 50% television reach across the South Indian region. SIIMA is a true reflection of South Indian cinema and connects Global South Indian Film fans to South Indian Film Stars. The 10th Edition of SIIMA Event will be held in Bengaluru on 10th and 11th September 2022. Brinda Prasad Adusumilli, Chairperson of SIIMA has announced SIIMA Nominations for the films released in 2021 in the 4 South Indian Languages.

'Pushpa: The Rise' (Telugu), 'Karnan' (Tamil), 'Roberrt' (Kannada) and 'Minnal Murali' (Malayalam) are leading the SIIMA Nominations for the 2021 SIIMA in most of the popular categories in their respective languages.

In Malayalam ‘Minnal Murali’ directed by Basil Joseph starring Tovino Thomas is leading with 10 Nominations while Kurup Starring Dulquer Salman and Directed by Srinath Rajendran with 8 Nominations is in the second position. Malik and directed by Mahesh Narayan and Joji directed by Dileesh Pothan both starring Fahad Fasil with 6 Nominations each are sharing third position. For the South Indian film industry 2021 has been a benchmark year with movies like 'Pushpa: The Rise', 'Karnan', 'Minnal Murali', 'Akhanda', 'Thalaivii', 'Master', 'Maanadu', 'Sarpetta Parambarai', 'Uppena', 'Roberrt' and 'Doctor' garnering national recognition along with commercial success in the respective languages.

The winners are chosen by an online voting system.

Fans can vote for their favorite stars and movies on www.siima.in and the Facebook page of SIIMA.

Next Story : Nani's 'Shyam Singha Roy' in race for Oscar nominations in 3 categories