Abhay 2: The stakes are even higher for Kunal Kemmu starrer

Kunal Khemu will be seen essaying the role of Abhay Pratap Singh, who understands a criminalu00e2u0080u0099s mindset 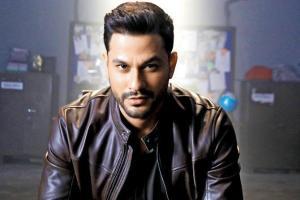 ZEE5’s franchise ‘Abhay’ earned much praise for its first season. The second season is set to bring to the forefront of ruthless crime stories. While the audience braces up for ‘Abhay 2’, the announcement video is an early gut punch to kickstart the hunger games. Kunal Khemu will be seen essaying the role of Abhay Pratap Singh, who understands a criminal’s mindset. The video starts with him asserting that the stakes are not only higher but it's his unrequited fight with the demons inside these criminals. There is also a bigger threat that is looming over Abhay this season, watch this space for more.

The largest OTT player in India, ZEE5, just released the announcement video of season 2. The announcement promo keeps the audience nerves incited and promises a lot of spine-chilling action & drama. Abhay is back, testing his limits again and trying to overcome bigger and newer challenges.

Produced by B.P. Singh’s Firefly productions and directed by Ken Ghosh, ‘Abhay 2' will premiere this year, exclusively on ZEE5.

Next Story : Flop Show, Wagle Ki Duniya: We hope to see these shows on TV again