Kaatelal and Sons: How will Garima and Susheela marry their own male disguise? 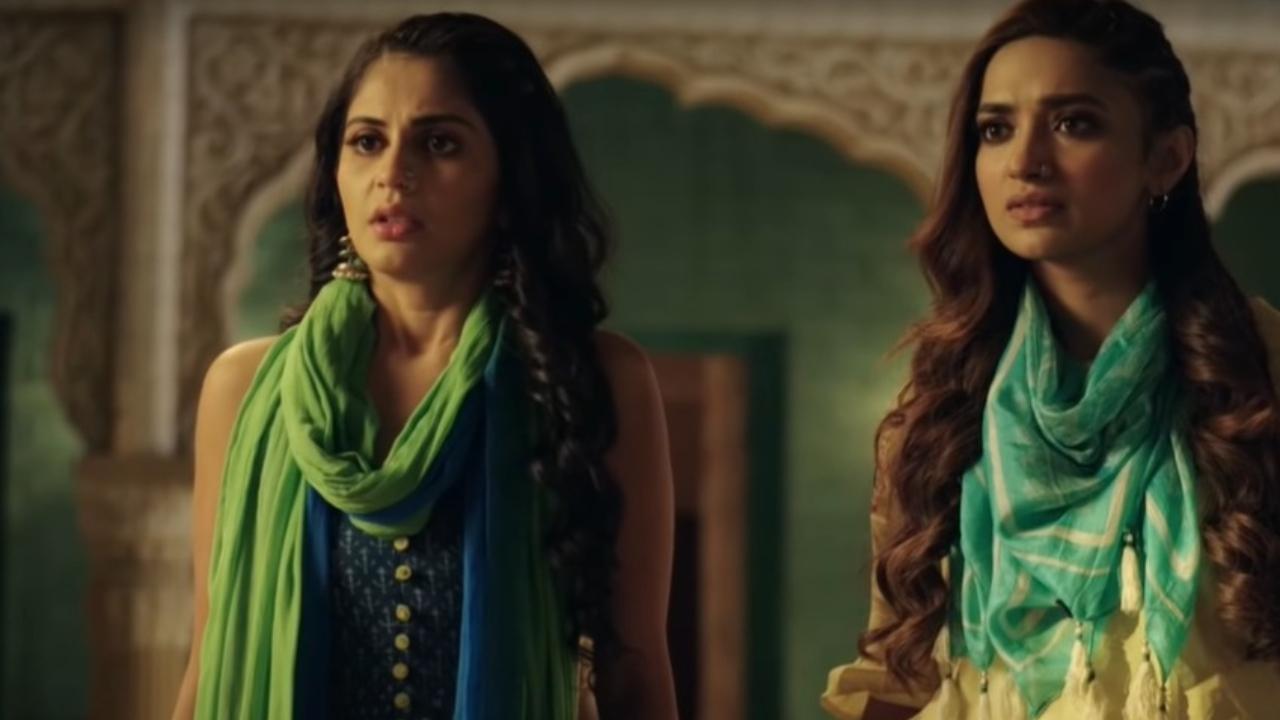 A still from Kaatelal and Sons. Image source: PR


An exciting plot twist awaits for the viewers and fans of Kaatelal & Sons. Sony SAB's inspirational dramedy will take the viewers on the roller coaster ride with Susheela (Jiya Shankar) and Garima's (Megha Chakraborty) marriage fiasco. The show's upcoming episodes will witness Dharampal announcing Garima and Susheela's marriage with none other than – Gunnu and Sattu. Kaatelal & Sons continues to entertain the viewers with a highly engaging storyline and bringing in rib-tickling moments that are bound to make you laugh.

Garima and Susheela are seen by Dharampal's sworn enemy, Jagat (Deepak Tokas) while riding a bike with Gunnu and Sattu at several occasions. To tarnish Dharampal's image, Jagat plasters the town with Garima and Susheela's pictures with Gunnu and Sattu and insults Dharampal for his daughters' affair with the boys who run his salon. Dharampal, furious after learning this information about his daughters, puts them on house arrest while declaring that both the sisters will soon be married to none other than Gunnu and Sattu.

Livid and anxious with the seemingly absurd turn of events, both Garima and Susheela try to convince their father of their innocence but all the efforts lie futile in front of Dharampal. He calls for Gunnu and Sattu to finalize the marriage. Taking this as an opportunity to get out of the marriage, Gunnu and Sattu refuse to marry Garima and Susheela only to be showered with Dharmapal's wrath.

Dharampal threatens them to throw out of the salon, where Gunnu and Sattu are left with no choice but to agree for the marriage.

How will Garima and Susheela marry themselves? Will this confusion expose their secret in front of Dharampal?

Megha Chakraborty, essaying Garima's role, said, "Garima and Susheela have landed in a soup. Their concerns are not only to be married without their consent but to be married to their disguise. It was hilarious when I read the script and I was certain it would be enjoyable to shoot this. Jiya and I thoroughly enjoyed these episodes and laughed a lot during the shoot. I am sure our viewers are going to enjoy this as it promises, fun and madness. So stay tuned, to watch Garima and Susheela escape their marriage with themselves."

Jiya Shankar, essaying the role of Susheela said, "Susheela is not a girl who even thinks or dreams of getting married. Her aspirations in life are different and right now, it is only to run Kaatelal & Sons successfully. While juggling the madness of changing their disguise every now and then, Susheela and Garima have landed in a situation where they need to marry themselves. My character Susheela will be seen getting furious about the situation but at the same time, the sisters are in a fix as they desperately try to find a solution to their unique problem. Excitement, fun, laughter and madness awaits for our viewers, so stay tuned."

To know more, keep watching Kaatelal & Sons every Monday-Friday at 7:30 pm only on Sony SAB.

Also Read: Megha Chakraborty And Jiya Shankar Get Candid About Transforming On Kaatelal And Sons

Next Story : Shehnaaz Gill and Sidharth Shukla's 'shona' dance from a party in Goa goes viral