On being requested to grace the stage by doing a few dance steps, Karan asks Neetu to dance to her 'bahu rani' Alia's songs 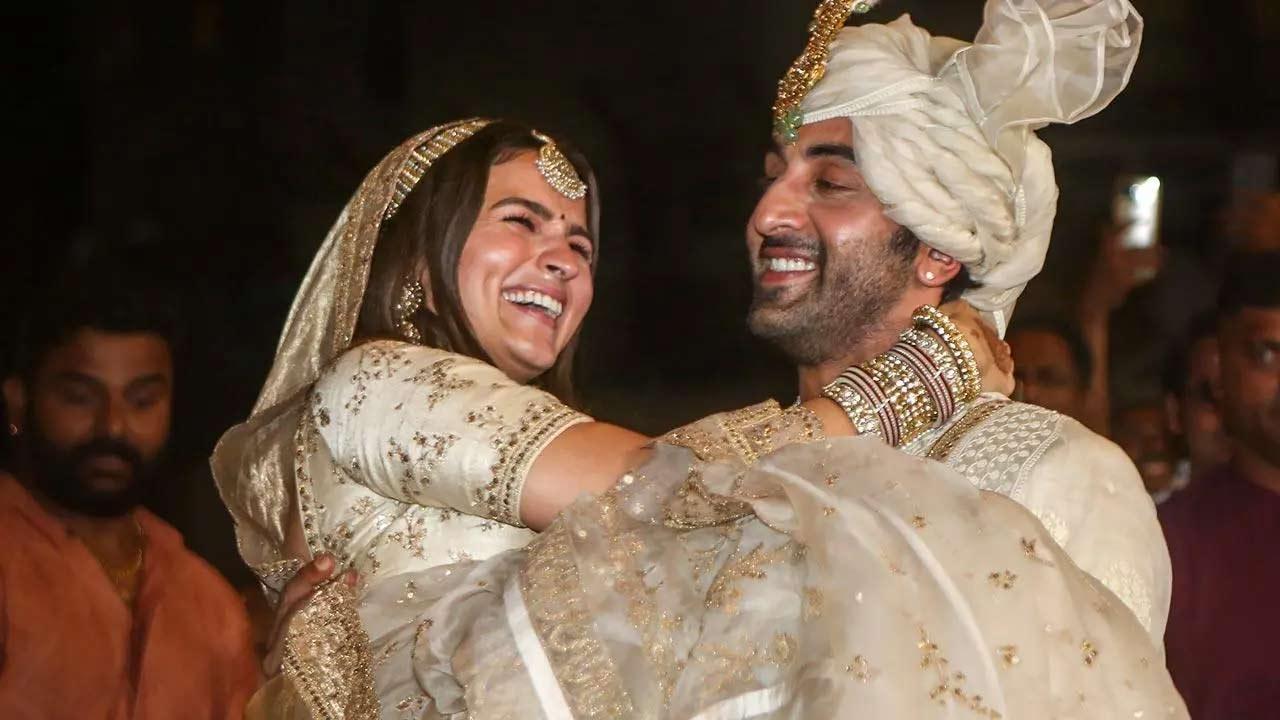 Bollywood actors Ranbir Kapoor and Alia Bhatt pose for pictures after their wedding ceremony, outside their residence, in Mumbai. Pic/PTI

On being requested to grace the stage by doing a few dance steps, Karan asks Neetu to dance to her 'bahu rani' Alia's songs. Joined by Karan, who also attended the intimate wedding ceremony, Neetu could be seen grooving to the beats of Alia Bhatt's song 'Radha' from 'Student Of The Year'; 'Dholida' from 'Gangubai Kathiawadi' and the title track of 'Badrinath Ki Dulhania'.

In another promo Neetu also opened up about why Ranbir-Alia's wedding was emotional for her, sharing that it was her late husband Rishi Kapoor's last wish to see his son getting married. "It was very emotional. This was Rishi ji's last wish ki mere bete ki shadi ho or mai dekh rahi thi ki unki wish puri ho rahi hai. I wish he was here but he is watching."

Legendary actor Rishi Kapoor passed away on April 30, 2020, after battling cancer. Prior to his demise, he was in New York for his treatment with his wife. Ranbir and Alia tied the knot on April 14 with family and close friends in attendance and though there were a lot of intimate celebrations with loved ones and happy inside pictures all over everyone's social media feeds, the absence of Rishi Kapoor was deeply felt.

On the wedding day, Neetu had paid a special tribute to her late husband during the mehendi ceremony by adding his name on her mehendi-adorned hand. Prior to the wedding day, a special pooja had also been organised in Rishi Kapoor's remembrance. Meanwhile, for 'Hunarbaaz: Desh Ki Shaan' season finale, the finalists and judges Karan Johar, Mithun Chakraborty, and Parineeti Chopra will be joined by Neetu Kapoor, Nora Fatehi, and Marzi Pestonji, the judges of the first upcoming kids' dance reality show 'Dance Deewane Juniors'.

Next Story : Jennifer Winget gives a glimpse of her fam-jam Easter celebrations