Raju Srivastava's daughter pens a note to Amitabh Bachchan: 'He saved your number as Guru ji' 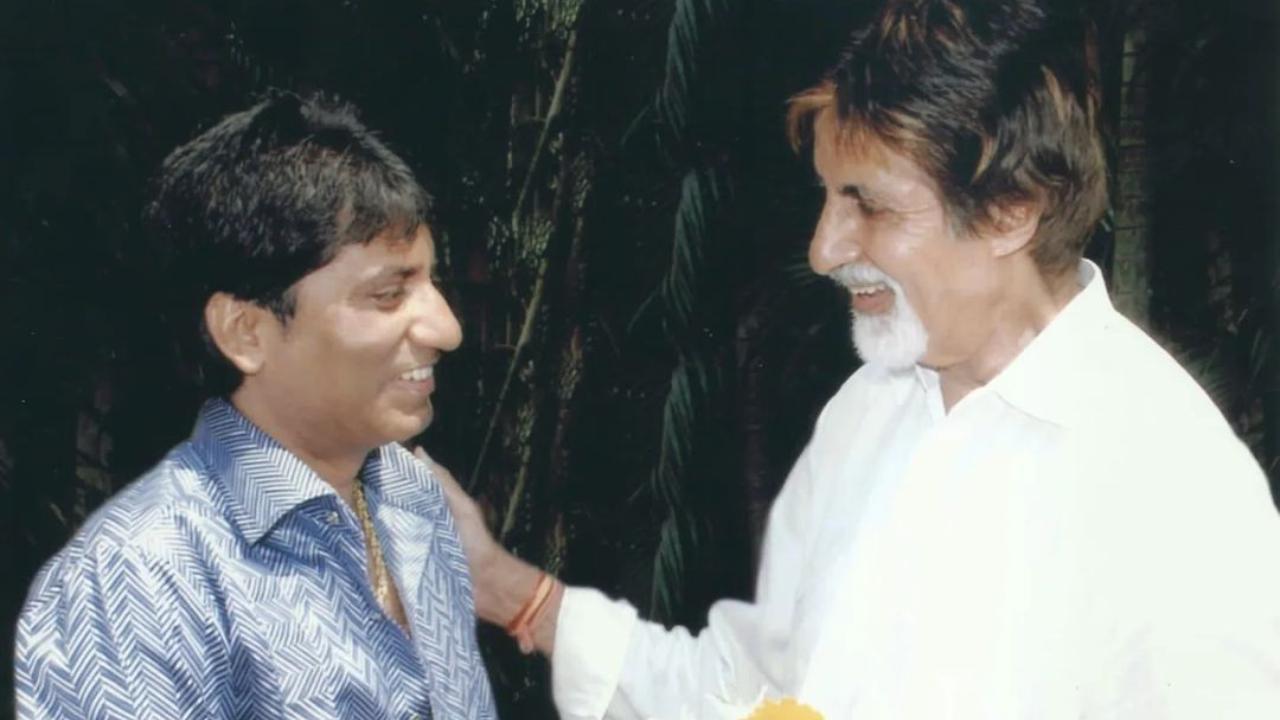 
Raju Srivastava's daughter Antara has penned a heart-melting note for megastar Amitabh Bachchan, whom she is extremely grateful for being with her family in the tough times. Antara added that her father saved the cine icon's number as 'guruji'.

She took to Instagram, where she shared a string of pictures of Raju Srivastava posing with Big B.

She captioned it: "Extremely grateful to Shri @amitabhbachchan uncle for being there for us every single day during this tough time. Your prayers gave us an abundance of strength and support, which we will remember forever. You are my father's idol, inspiration, love and Guru."

Antara added: "Since the first time dad saw you on the big screen, you have stayed within him forever. He not just followed you on-screen but off it also.

"He had saved your number as 'Guru ji' in his contacts. Him reacting on listening to your audio clip clearly shows what you meant to him. My mother Shikha, brother @aayushmaan.srivastava, my entire family and I, @antarasrivastava, are eternally thankful to you. The love and admiration he receives globally is all because of you."

On September 21, Raju Srivastava, who had been admitted to the All India Institute of Medical Sciences in the national capital, about six weeks ago, passed away aged 58.

Srivastava was rushed to hospital on August 10 and put on a ventilator after he complained of chest pain and collapsed in his gym.

Next Story : Mika says he has bought private island, but doesn't disclose location