Owing to major clashes between Kevin Almasifar and Baseer Ali’s team over Sapna Malik and Angad Bawa’s eviction, Buddy Pair Arushi Dutta and Tanish Ghorpade had to endure the wrath of eliminationin the show’s second week itself 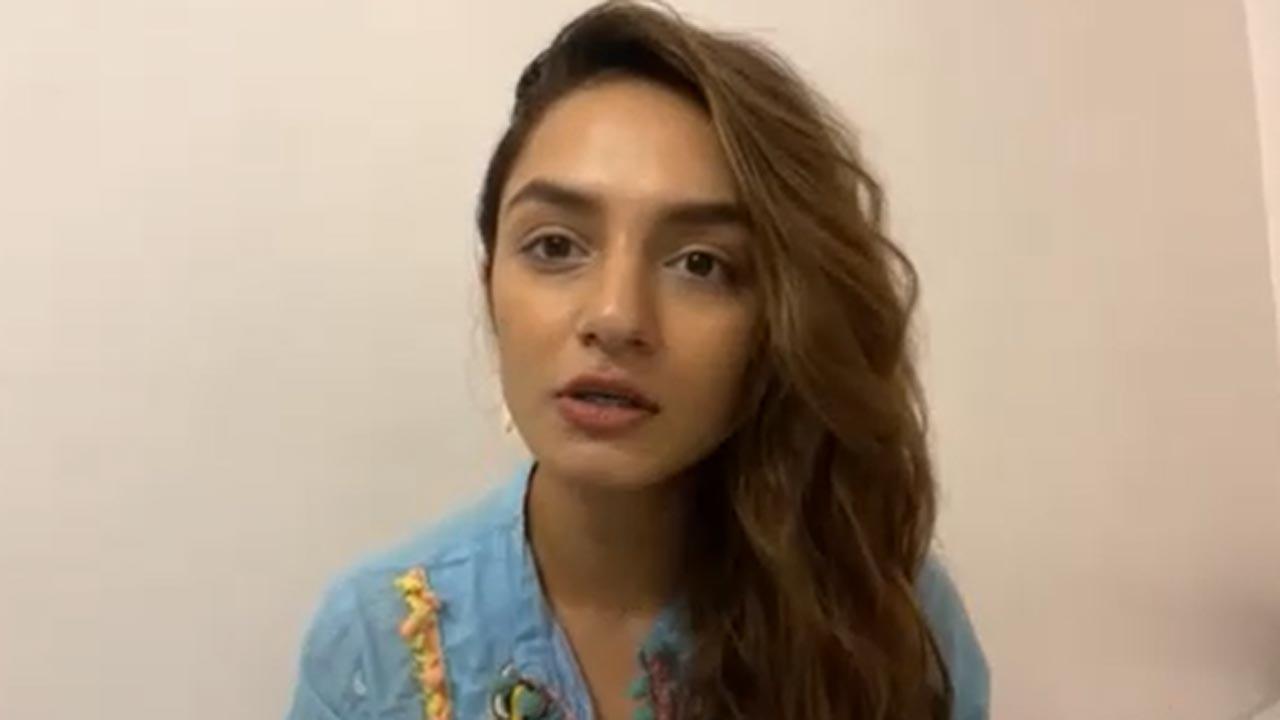 
Ever since Sonu Sood embarked on a high-octane multi-city expedition across South Africa along with 10 Buddy Pairs in ‘MTV Roadies – Journey in South Africa’, major twists and turns have been unfolding on the adventure reality show each week. Owing to major clashes between Kevin Almasifar and Baseer Ali’s team over Sapna Malik and Angad Bawa’s eviction, Buddy Pair Arushi Dutta and Tanish Ghorpade had to endure the wrath of eliminationin the show’s second week itself! Now, in anexplosive interview, Tanish and Arushi made some mind-blowing revelations about the show, which are as follows:

Arushi Dutta and Tanish Ghorpade spill the beans about their most disliked contestants from MTV Roadies 18!
During her extensive conversation in the latest interview, Arushi Dutta revealed that she disliked Arsh Wahi, Kevin Malik and Arushi Chawla the most on the show. Elaborating on the same, Arushi said, “Arsh Wahi is the most annoying person on the show!” She also went on to call him “Baby Kevin” and added, “If there’s a word for a male bimbo, it’s Arsh.” Furthermore, Duttatook a dig at Kevin and shared that his biggest USP is “manipulation!”

On the other hand, the most disliked contestants for Tanish Ghorpade are Yukti Arora, Sohil Singh Jhuti and Simi Talsania. He expressed losing his coolwith Yukti ever since he found out that she nominated him and Arushi for elimination in the first week of the show. Referring to Yukti, Sahil and Simi, Tanish shared, “I wouldn’t want to breathe the same air as them, ever!”

Arushi Dutta calls Arsh Wahi “hungry for validation!”
In addition to making her dislike for Arsh Wahi abundantly clear in the interview, Arushi Dutta also went on to call him “hungry for validation!” She further stated that if given the opportunity to go in a car with Arsh or walk, she’d rather walk. Lastly, setting the record straight about never wanting to befriend Arsh, Arushi concluded, “People like him should not be on Roadies.”

Arushi Dutta and Tanish Ghorpade turn fashion police tocritiquetheir co-contestants’ style
When asked about one contestant to whom she’d want to give some fashion advice, Arushi Dutta revealed that Sakshi Sharma could’ve upped her fashion game in the show. Talking about her style, Arushi said that Sakshi’s inspiration itself for fashion was wrong, taking a jibe at Arushi Chawla. She feels that Sakshi could’ve been herself by wearing Indian clothes in a westernized way! Lastly, she revealed that Sakshi Sharma didn’t even seem to be comfortable in most of the outfits that she had worn on the show.

On the other hand, Tanish Ghorpade, who is a fashion blogger himself, gave out some fashion advice to Sohil by calling his sartorial choices “very monotonous!” He also took a sly dig at Sohil’s style by saying that it gives him “Uncle Vibe”.

Arushi Dutta reveals how Arushi Chawla ruined the former’s promise to herself!
Before kicking off the adventure of MTV Roadies 18, Arushi Dutta had given herself a promise. During the interview, she revealed promising herself to not swear throughout her journey on the show. However, Duttablamed Arushi Chawla for testing her patience, which made her curse on-screen. Holding Chawla responsible for bringing the worst in her, Dutta said the former’s game is to “provoke” others on the show.

Watch MTV Roadies – Journey in South Africa on Saturdays and Sundays at 7 PM.