Vijayendra Kumeria on Naagin 4 shutdown; says he was expecting this

The coronavirus lockdown has had a massive impact on the film and television industry with shoots being suspended and shows being canned. Naagin 4 is one such TV show that has fallen prey to this. 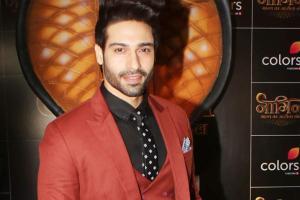 
Ekta Kapoor's Naagin TV show franchise has had countless fans across all its seasons. But now, reports suggest that the soap, currently in its fourth season, may be heading to a shutdown, majorly due to the COVID-19 lockdown.

One of the cast members, Vijayendra Kumeria, told Pinkvilla in an interview, "What I have heard is we will be wrapping up the show after the lockdown, but we will be shooting the end. However, I don't know about season 5 yet."

The actor further said, "I know that this is going to happen in the industry so I was expecting this to happen given the fact that it has happened with a lot of shows so I am okay with that, hopefully, something will come about."

There was also buzz that Rashami Desai had been asked to quit Naagin 4. This has happened because according to the makers, her character doesn't fit into the next version of the show, which will see a whole new star cast.

Naagin is a supernatural fantasy thriller television series produced by Ekta Kapoor. The show follows shape-shifting serpent women who, in every season, fight evil and keep the powerful 'naagmani' safe from evil.

Next Story : Rajesh Kumar aka Roshesh: Sarabhai Vs Sarabhai is the Sholay of my life