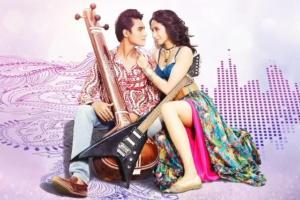 
The audience waits for the calendar to flip to the date of the 4th of August so that they can watch the show 'Bandish Bandits' on the OTT platform of Amazon Prime Video. Bandish Bandits follows the love story between the characters of Radhe, who is a singing prodigy passionate towards classical music and Tamanna, who wants to become India's first international pop star.

The story follows Radhe's struggle between helping Tamanna achieve superstardom and staying true to his own music. Will he be torn apart between the two? We all will find out soon! The cast of 'Bandish Bandits' includes Naseeruddin Shah in the prominent role of Radhe's mentor named Pandit Radhemohan Rathod. Since the entire team for the show was tight-knit, they saw the first two episodes of the show at Naseeruddin Shah's house.

It is critical to go through your own work and see it through the audience's perspective as it paves way for progress and it's absolutely delightful that the entire team saw the initial two episodes together to find out how their efforts had turned out. Together they must have shared their own perspectives to the show with each other as well, pointing out things that the others must have missed.

'Bandish Bandits' is produced and created by Amritpal Singh Bindra and directed by Anand Tiwari, the series is set in Jodhpur. Bandish Bandits also features an original soundtrack, composed by Shankar-Ehsaan-Loy, who are also making their digital debut with this show. The series will comprise of 10 stunning episodes. Make sure to watch it when it releases!

Next Story : Karanvir Bohra's directorial debut Bhanwar set to go back in time