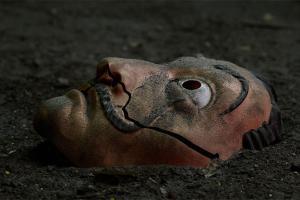 
Netflix has announced the 5th and final part of La Casa De Papel, where the highly anticipated heist will come to an end. It is created by Alex Pina and produced by Vancouver Media for Netflix. Part 5 will consist of 10 episodes and starts production on 3 August.

The Season 4 of Money Heist released on April 3, 2020, and people have been waiting for this one eagerly. But, everything wasn't just up-to-the-mark with the fourth instalment. People are waiting with bated breath for this heist to end and have closure to the much-anticipated crime drama.

Creator and Executive Producer Alex Pina said: "We've spent almost a year thinking about how to break up the band. How to put the Professor on the ropes. How to get into situations that are irreversible for many characters. The result is the fifth part of La Casa de Papel. The war reaches its most extreme and savage levels, but it is also the most epic and exciting season".

This Netflix offering started in 2017, and the first season, even though struck with its audience a bit late, left everyone in awe with its storyline. Money Heist - La Casa de Papel, a Spanish television crime drama is known for its sophisticated storyline and strategically planned crime.

Money Heist Season 4 was one of the much-awaited shows of 2020, and the followers had extremely high hopes from this one! It has gold, money, government secrets, and everything to keep us hooked to the screens. Now let's see what season 5 has in store for its fans. We hope the mystery is solved sooner.

Watch the trailer of season 4 here:

Next Story : Bobby Deol shares another video of Aashram, to release on this date